Accessibility links
'Unprecedented' Public Rage Over Gang Rape In India : The Two-Way Waves of angry demonstrators in New Delhi were repelled by tear gas and water cannons Saturday as they marched on the president's residence to protest the brutal attack on a 23-year-old student on a bus last weekend. 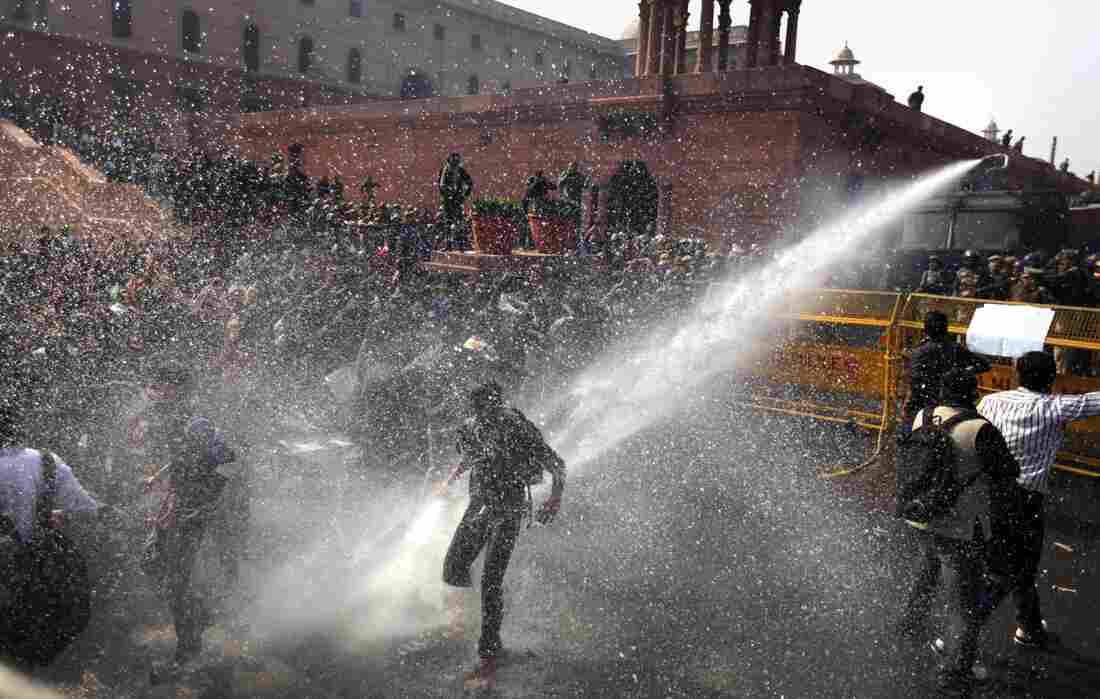 A water cannon targets protesters during their march toward the presidential palace in New Delhi on Saturday. Altaf Qadri/AP hide caption 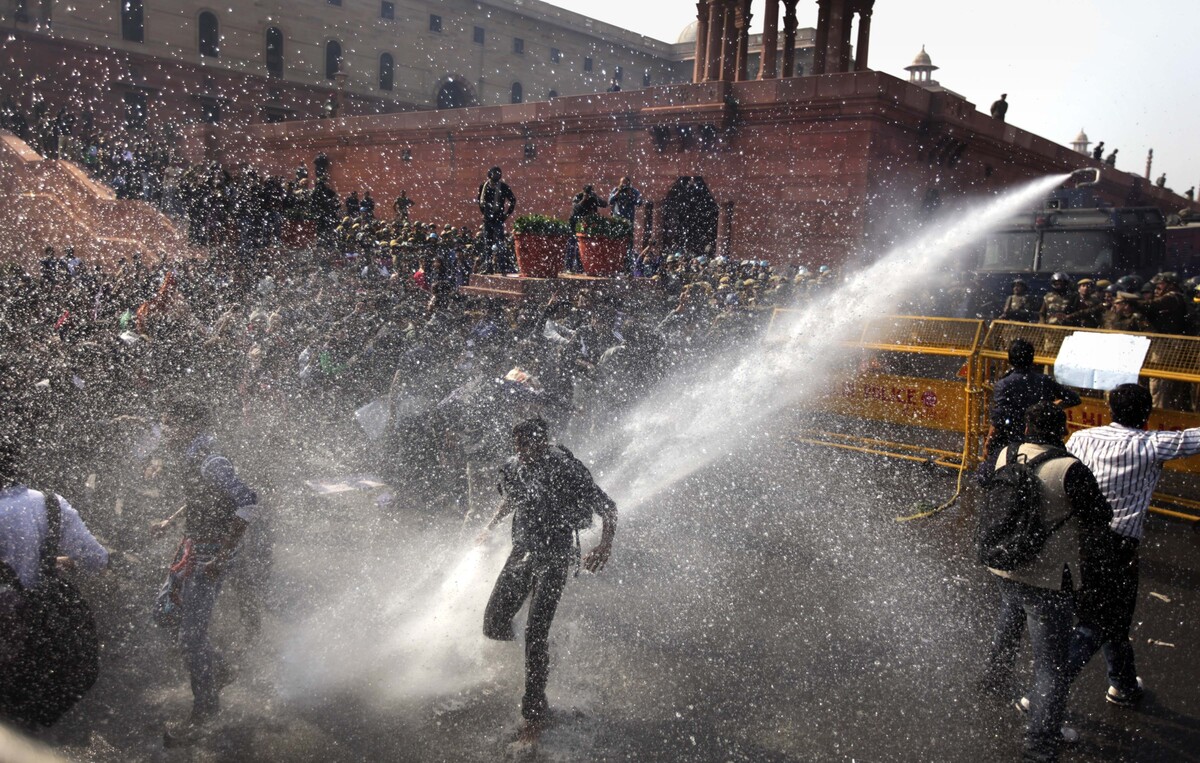 A water cannon targets protesters during their march toward the presidential palace in New Delhi on Saturday. 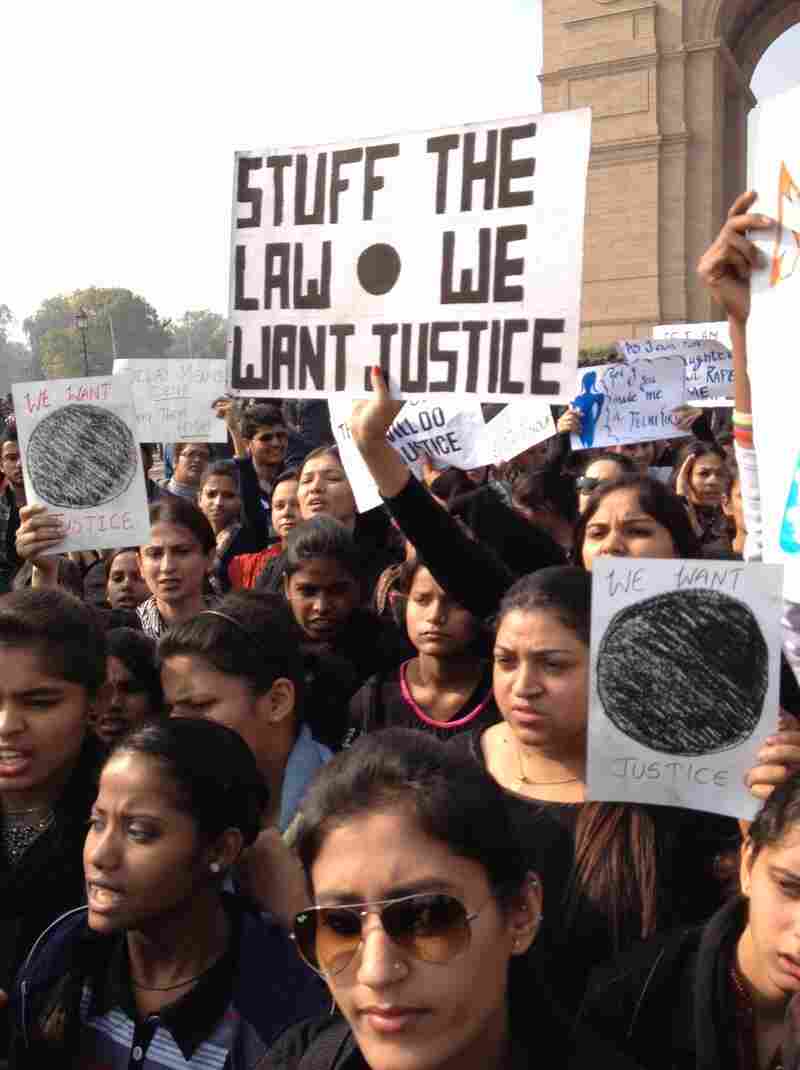 Waves of angry demonstrators were repelled by tear gas and water cannons in New Delhi on Saturday as they marched on the president's residence to protest the brutal gang rape of a 23-year-old student on a private bus last weekend.

With cries of "be ashamed," thousands flowed through central Delhi, trying to break through steel barricades as the seesawing battle lasted into the evening. It's the fourth straight day of protests that have shaken the government and taken police aback.

"These are unprecedented demonstrations," NPR's Julie McCarthy reports. "They want justice for this young woman, and they want women in this country generally to feel safer on the streets, at work, in subways, and on public transportation."

The victim from Sunday's attack is in a hospital, McCarthy reports, fighting for her life after undergoing five surgeries. Six men have been arrested on accusations that they beat her with an iron rod before raping her on a bus that continued to circle south Delhi roads, even passing through police checkpoints as the attack continued.

The BBC reports that the woman and her male friend were beaten and stripped before being thrown off the bus.

"The brutal circumstances and charges of ineffective policing have become the rallying cry here," McCarthy says. The demonstrators are demanding stringent laws for molestation and rape — many calling for the death penalty for the six men in custody. They also want more effective enforcement of laws by police and the courts, McCarthy told Weekend Edition Saturday host Scott Simon:

"I met a young man at the hospital who wrote her a letter telling her how sorry he was. This was a total stranger. So something has stirred here in India where people, especially the young, are demanding also that attitudes toward women in this patriarchal society change."

In response, the government says it will fast-track this and other rape cases as well as adopt a no-tolerance policy in cases of violent crime against women. Five police officers have been suspended for not acting promptly following the attack. Indian Home Minister Sushilkumar Shinde also met with a delegation of student demonstrators, urging them to end the protest.

That may not be enough to quell the anger in a city that leads the nation in cases of rape. And, as The New York Times reports, India may be "one of the most unsafe countries in the world for women":

"Tens of thousands of rapes are reported each year in India, while many more go unreported because rape victims are often shunned and unable to marry. Even so, reports of rape are on the rise, up about 25 percent in the past six years." 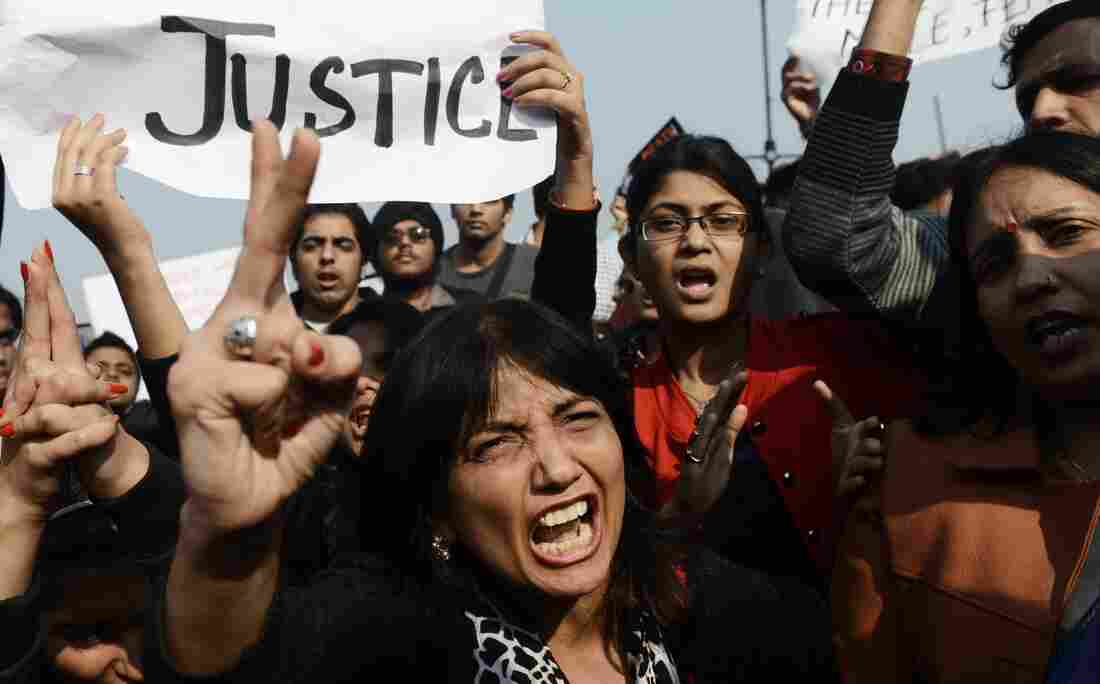 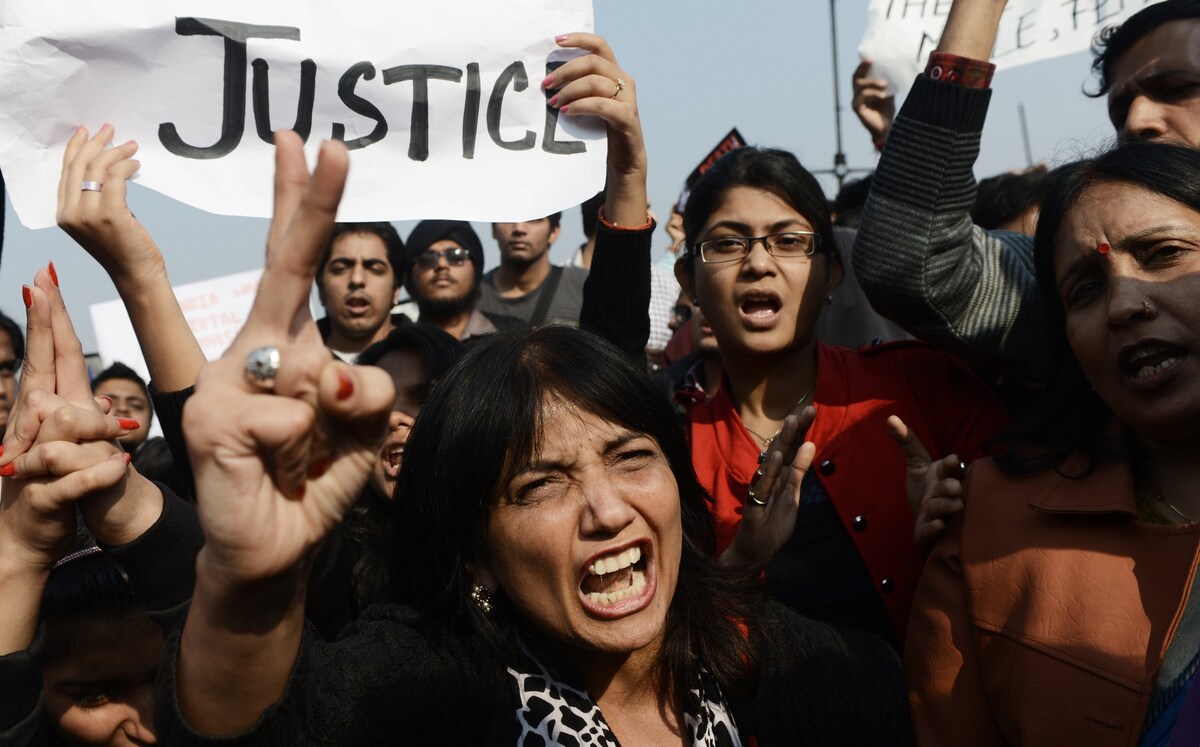