Accessibility links
Wintry Weather Blasting Northeast On Its Way Out : The Two-Way The storm that spread blizzards from Texas to the Great Lakes, and spawned tornadoes in the Southeast, will dump more snow before it heads off toward Canada and the Atlantic Ocean. It's been blamed for at least 15 deaths.

From 'Morning Edition': The storm and its effects.

Listen
Wintry Weather Blasting Northeast On Its Way Out

Wintry Weather Blasting Northeast On Its Way Out 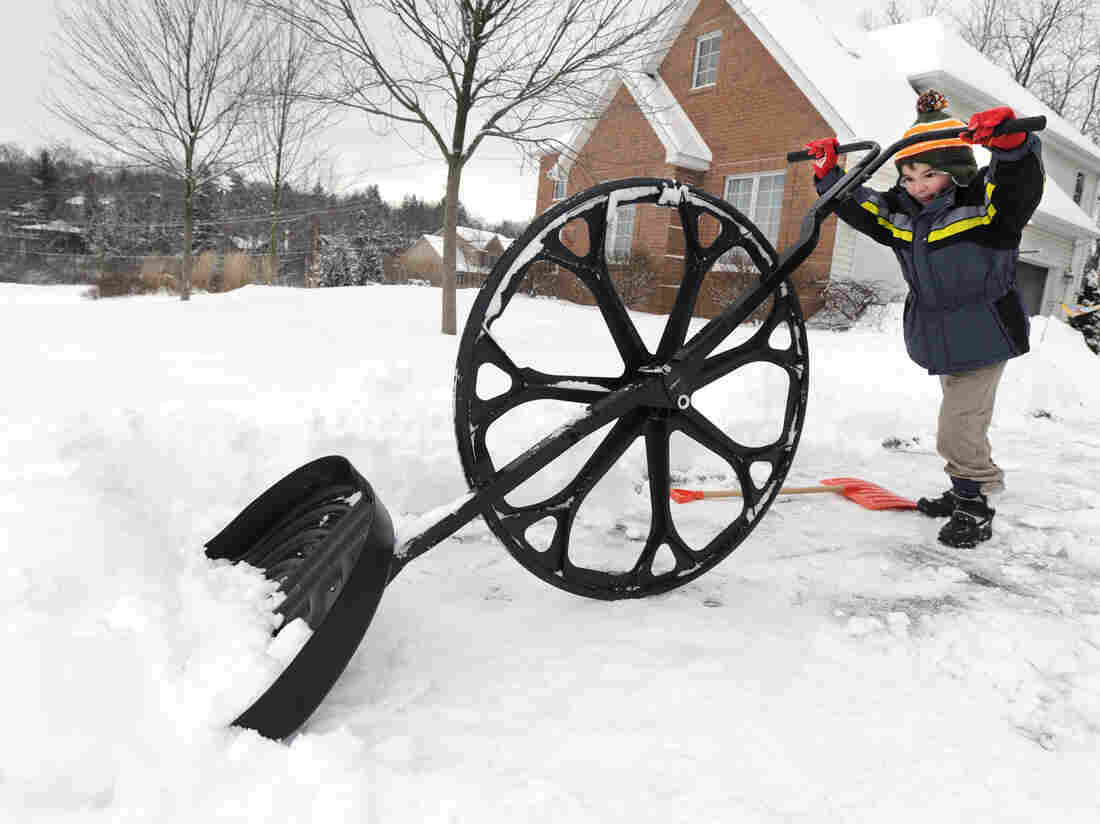 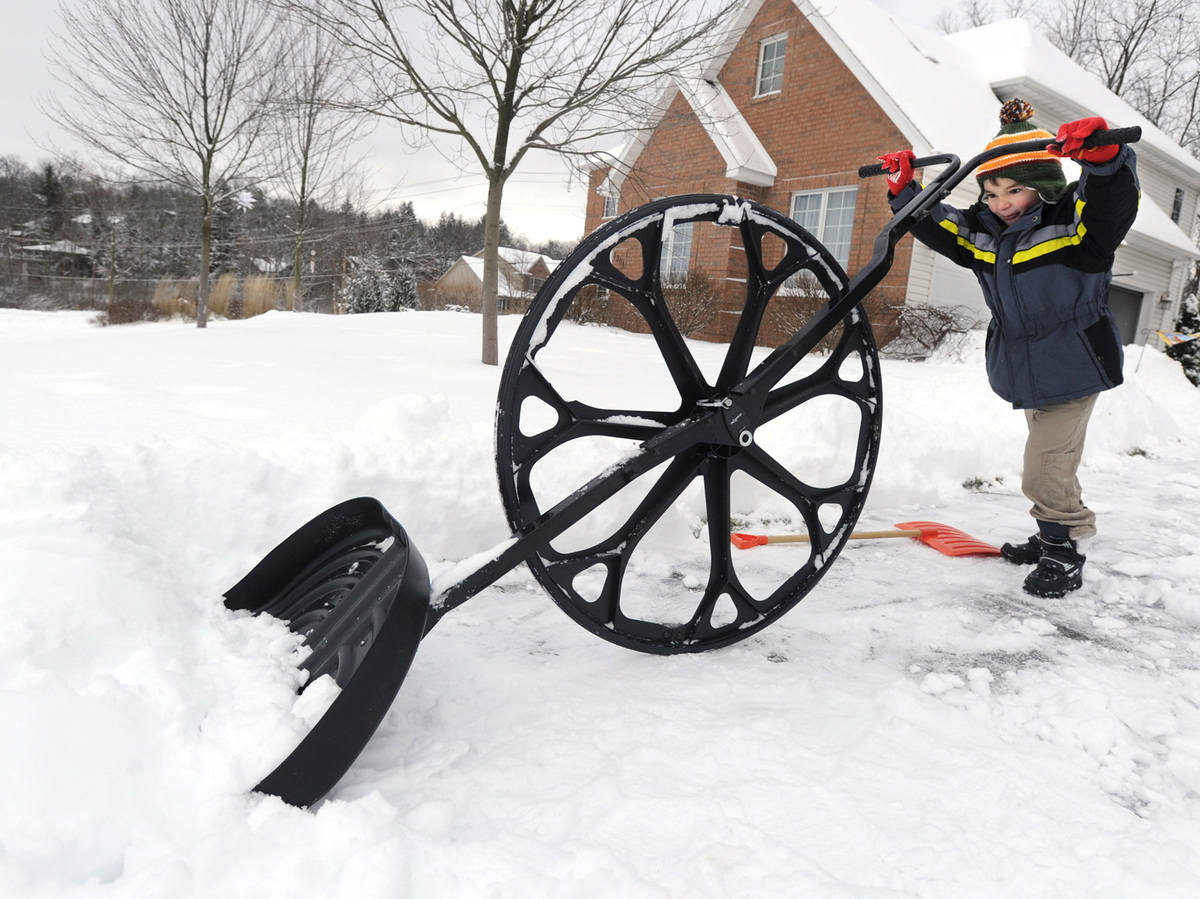 Nathan Lee, 5, was using a "wovel" to move snow from his family's driveway earlier today in State College Pa.

The death toll from this week's massive winter storm that barreled across the nation from the West Coast and is now over New England has risen to at least 15, according to The Associated Press.

Among the latest fatalities to be reported: "A man and a woman in Evansville, Ind., were killed when the scooter they were riding went out of control on a snowy street Wednesday and they were hit by a pickup truck."

The storm that spread snow across much of the nation and sent tornadoes roaring across parts of the Southeast on Tuesday and Wednesday isn't done just yet.

It's "expected to drop one to two feet of snow on parts of the Northeast," The Associated Press reports. The heaviest accumulations "will be in northern Pennsylvania, upstate New York and inland sections of several New England states before [it] heads to Canada on Friday."

With the death of an 18-year-old girl near Cincinnati, the wintry weather (which we followed here on Wednesday) is now blamed for seven fatalities. According to the AP, authorities say the girl lost control of the car she was driving Wednesday. It was then hit by an oncoming snow plow.

The Weather Channel, which has taken it upon itself to start naming winter storms and calls this one Euclid, says that by the time it's done Euclid "will have deposited snow from California's Sierra Nevada Mountains to New England."

As you would expect, many folks' travel plans have been disrupted. Roads have been too treacherous for travel at times from Texas to New England. And from Tuesday through Wednesday, the AP says, "more than 1,600 flights were canceled, according to the aviation tracking website FlightAware.com." There's some good news on that front today. The wire service reports that "despite the wet weather, no flights are delayed Thursday morning cities like New York, Philadelphia and Boston."

From 'Morning Edition': The storm and its effects.