Accessibility links
White House To Host Congressional Leaders Friday For Fiscal Deadline Talks : The Two-Way President Barack Obama will meet with the four leaders of Congress Friday, to discuss a possible deal that would avoid automatic spending cuts and tax increases in the new year. 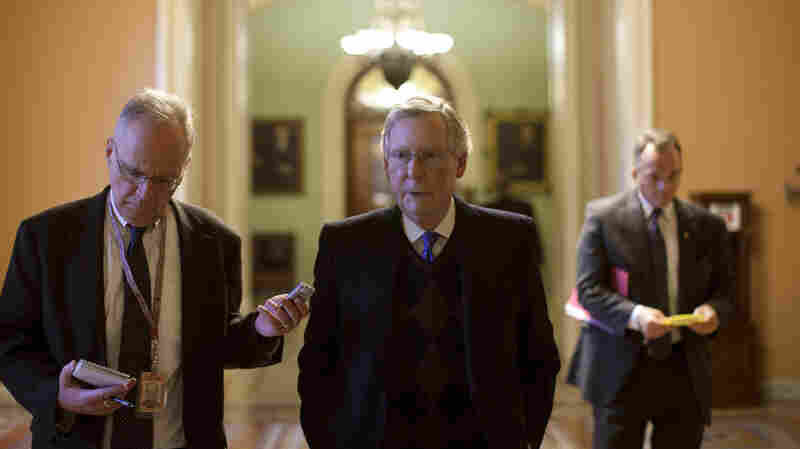 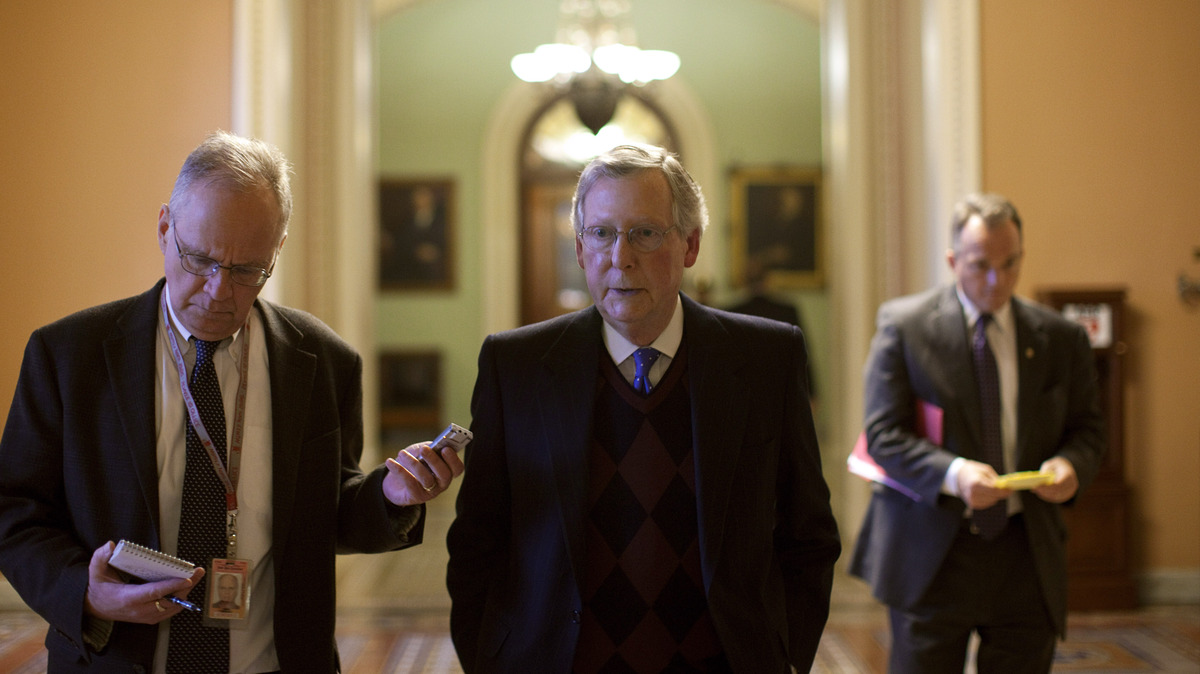 Senate Minority Leader Mitch McConnell walks toward his office after speaking on the Senate floor on Capitol Hill. McConnell and other congressional leaders will meet with President Obama Friday.

President Barack Obama will meet with the four leaders of Congress Friday to discuss a possible deal that would avoid automatic spending cuts and tax increases in the new year.

The session, to be held at the White House, would come just days before the "fiscal cliff" deadline that arrives on Jan. 1.

News of the meeting came after Senate Minority Leader Mitch McConnell (R-Ky.) spoke on the Senate floor Thursday, when he mentioned that he had spoken with the president about a new proposal.

"Members on both sides of the aisle will review it, and then we'll decide how best to proceed," McConnell said. "Hopefully there is still time for an agreement of some kind that saves the taxpayers from a wholly preventable economic crisis."

Friday, Reid and McConnell will head to White House, along with House Speaker John Boehner and Minority Leader Nancy Pelosi.

For many Americans, the hot topic isn't only how the "cliff" might be avoided, but what might change for them if a deal isn't reached.

A CBS piece cites the nonpartisan Tax Policy Center, reporting that "going off the cliff would affect 88 percent of U.S. taxpayers, with their taxes rising by an average of $3,500 a year."

The AP reports that other effects could include the loss of federal unemployment aid for "some 2 million jobless Americans." And taxpayers who want to file their returns early in 2013 might be forced to wait to see if a deal comes through.

Ida Lieszkovszky looked at the potential impact on America's schools, in a piece for NPR's State Impact project that found the threat of "serious, though not immediate" cuts.

And Utah's Deseret News looked at what a potential hike in milk prices — to $6 or $8 a gallon — might mean for families and farmers. That scenario has been raised as a possibility if there's no motion on a farm bill, which has been sidelined by the "cliff" talks.

But it's also worth remembering what some call the "kick the can" scenario, in which Congress and the White House only reach a partial agreement, and make the fiscal cliff a bit less jarring to the U.S. economy.