Accessibility links
Remembering Gen. Schwarzkopf, 'Military Hero Of His Generation' : The Two-Way The general who led coalition forces during the successful 1991 war to push Iraqi troops out of Kuwait, "removed the scar of Vietnam" from officers who had also served in that earlier war, says retired Maj. Gen. Robert Scales Jr.

The death Thursday of retired Gen. H. Norman Schwarzkopf — "Stormin' Norman" — has prompted many looks at the legacy of the American commander who led coalition forces during Operation Desert Storm in 1991, which pushed Saddam Hussein's Iraqi Army out of Kuwait.

-- "Presided over the swift and devastating 1991 military assault on Iraq that transformed the Middle East and reminded America what it was like to win a war," the Los Angeles Times writes. 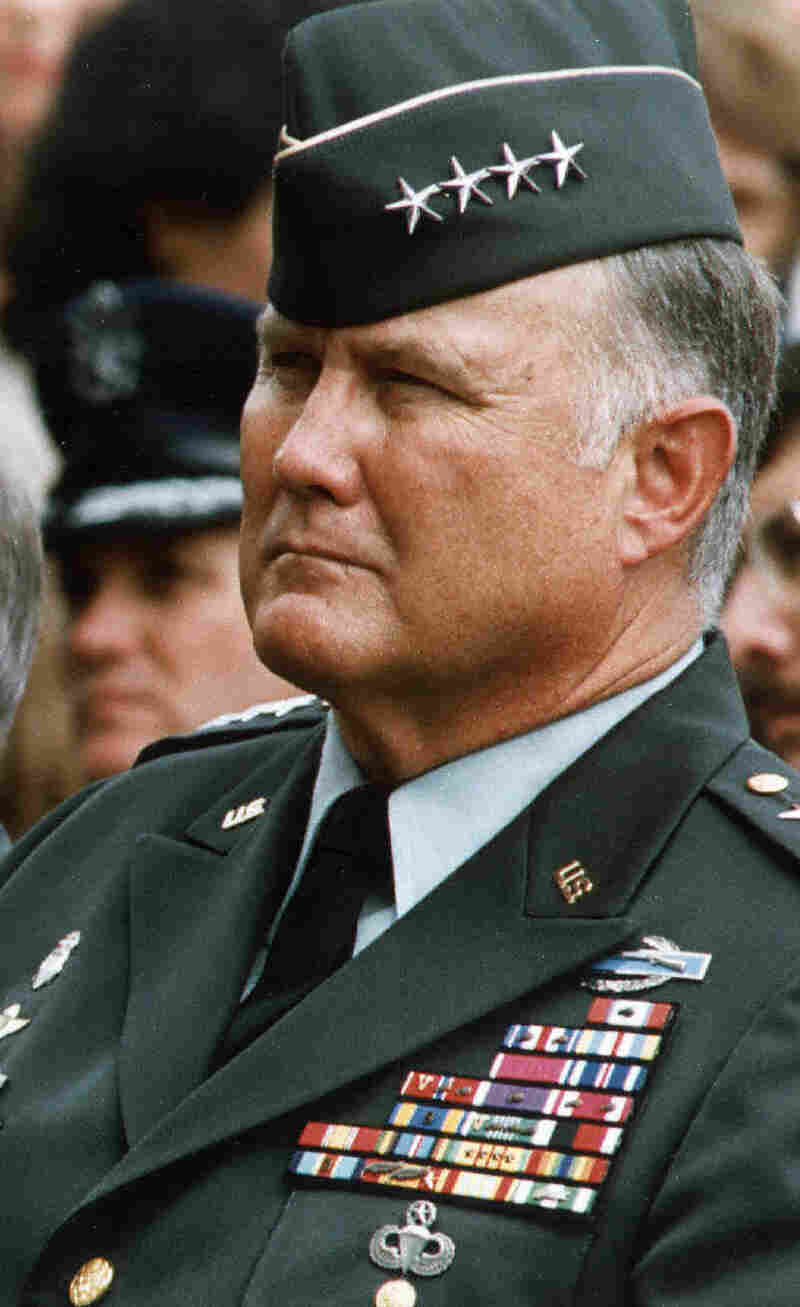 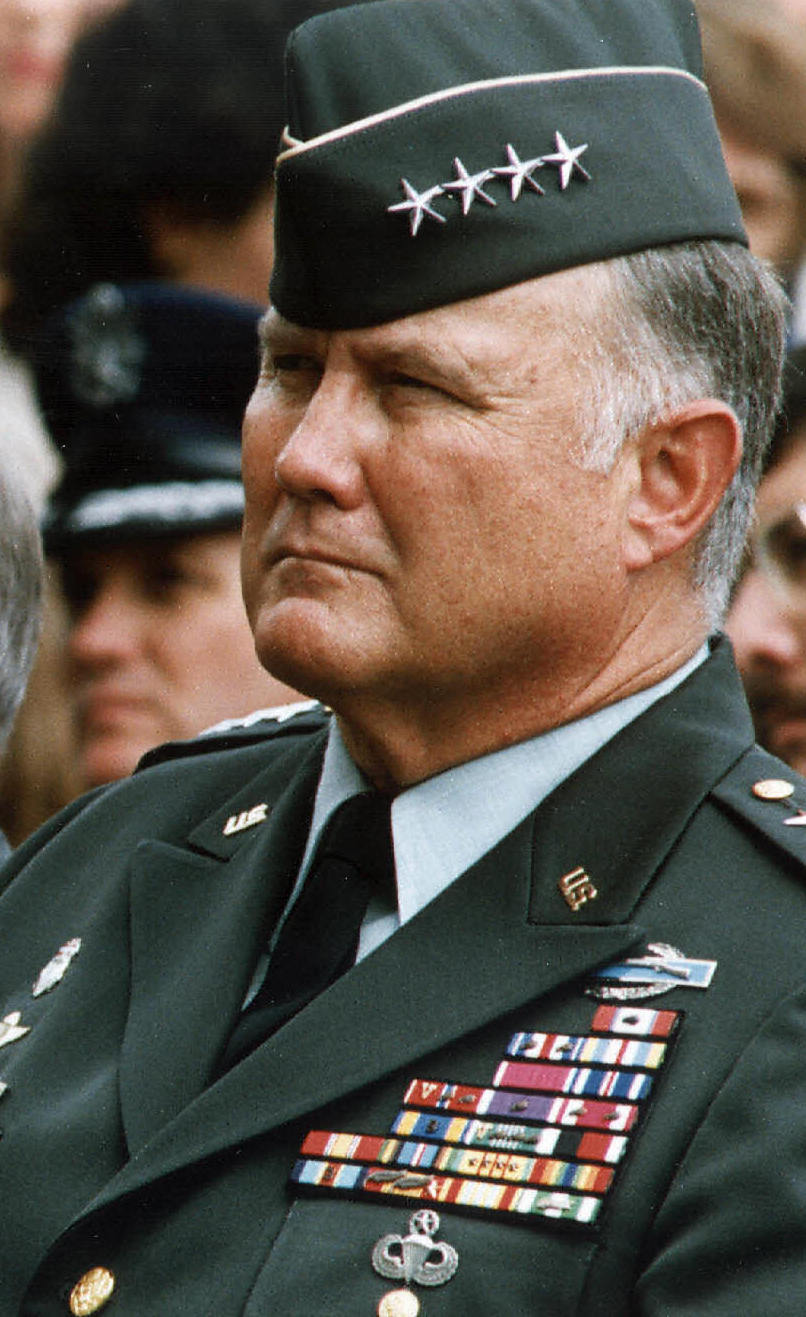 -- "Became the most celebrated U.S. military hero of his generation," says The Washington Post.

-- Was "the nation's most acclaimed military hero since the midcentury exploits of Generals Dwight D. Eisenhower and Douglas MacArthur," adds The New York Times.

On Morning Edition, retired Maj. Gen. Robert Scales Jr., who served with Schwarzkopf and who wrote a history of the Gulf War, told host David Greene that the victory in Kuwait "removed the scar of the Vietnam generation" from officers, such as Schwarzkopf, who had also served in that earlier war.

Schwarzkopf never forgot the Vietnam experience, Scales said, and "spent those 20 years after Vietnam working to rebuild the Army."

The general's "streak of independence" led him to reject some of the early plans for the Gulf War and to demand more forces for the effort, Scales added. And in the end, Schwarzkopf's demands produced a fast, decisive victory.

As for the general's nickname, it was in recognition of his "volatile temper," as Scales said. Schwarzkopf could sometimes speak "quite loudly and bluntly to those who worked for him" if he thought they weren't doing their jobs, said Scales.