Accessibility links
Tracking Gun-Related Deaths, One Tweet At A Time : The Two-Way Slate and a citizen journalist are trying to report every gun-related death in the nation on a daily basis. There is no central clearinghouse for such information. The goal of the project, Slate says, is to provide key data for the post-Newtown debate over gun laws. 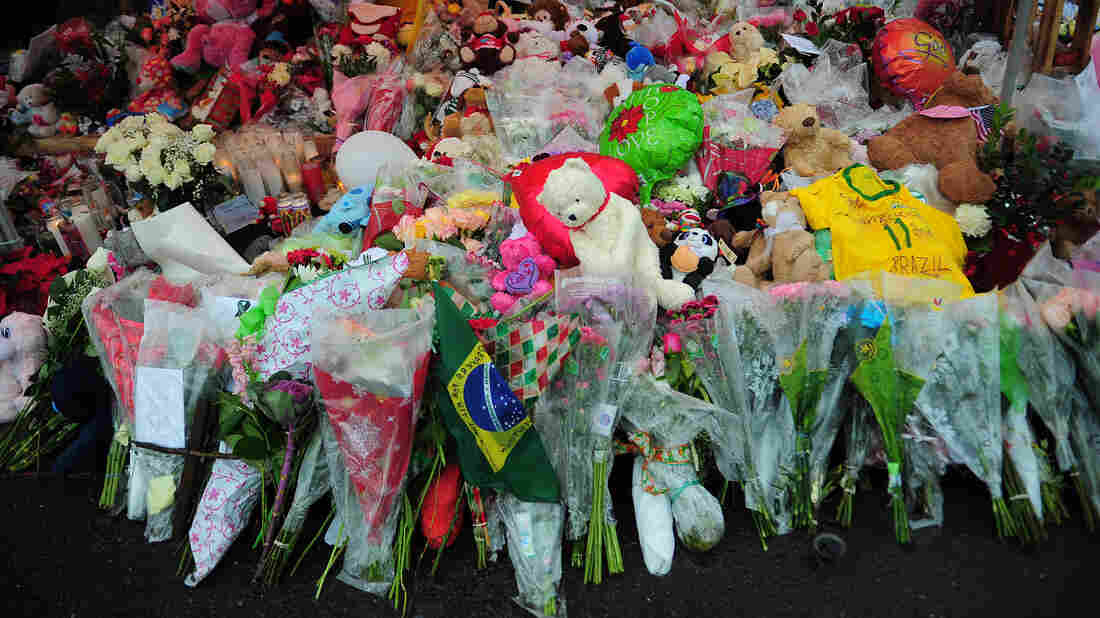 A makeshift shrine to the victims of the school shooting in Newtown, Conn. Slate and a citizen journalist are trying to track gun deaths across the nation since that Dec. 14 mass shooting. Emmanuel Dunand /AFP/Getty Images hide caption 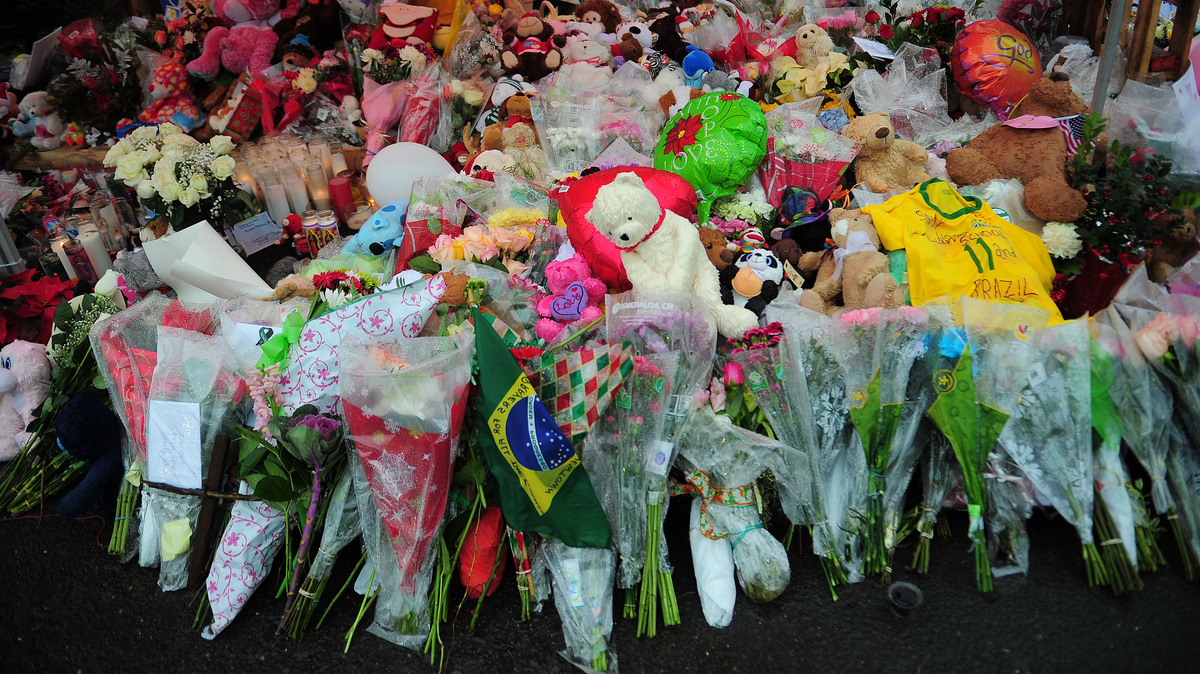 A makeshift shrine to the victims of the school shooting in Newtown, Conn. Slate and a citizen journalist are trying to track gun deaths across the nation since that Dec. 14 mass shooting.

How many Americans died on Christmas Day from a gun shot? How many have been shot and killed since the Dec. 14 mass shooting at a school in Newtown, Conn.?

No one knows for sure. Authorities pull together annual figures, but not daily reports on gun-related murders, suicides and accidental deaths.

Slate and a citizen journalist who tweets as @GunDeaths are trying to fill at least some of that information void. Their admittedly incomplete data suggest that on average, at least 17 Americans a day have died from gunshots since the Newtown shootings that claimed the lives of 20 children, seven adults and the gunman. 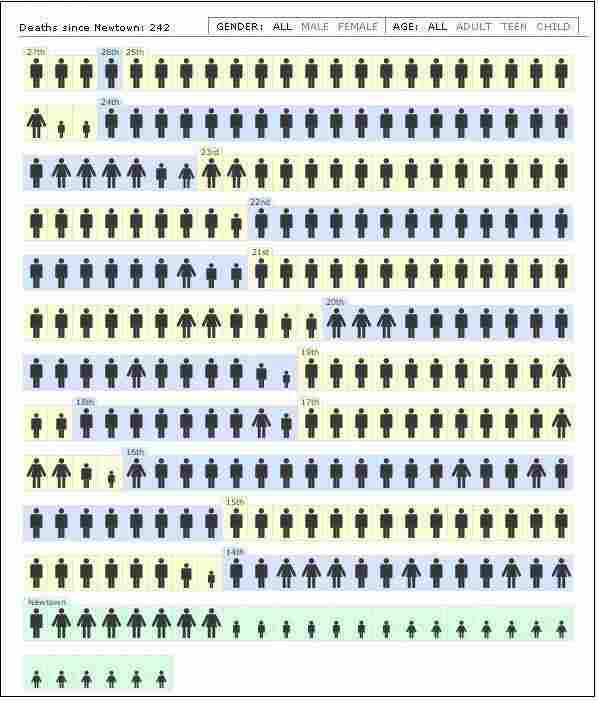 Dan Kois, a Slate senior editor, tells NPR's Audie Cornish that the project is "our best attempt to collect up all the gun deaths in America." The goal, he says, is to put some names and stories behind such deaths. As the debate over gun control since the shootings at Sandy Hook Elementary School continues, says Kois, "it's hard to really know what kinds of decisions we should make" if more isn't known about gun-related deaths.

The information that Slate and @GunDeaths are relying on to produce an interactive chart comes from newspapers, TV stations and websites run by trained journalists. The anonymous @GunDeaths began collecting and tweeting the reports after the July mass shooting at a movie theater in Aurora, Colo. The data are incomplete, Kois concedes. Many suicides by guns, for example, go unreported.

But he believes the project is painting a picture of the role guns play, every day, in the lives and deaths of Americans. Clicking on the icons in Slate's chart leads you to news reports about each person's death.

Twenty children and six adults were killed by a gunman at the Sandy Hook school. He also killed his mother that day, and took his own life.

As for Christmas Day, so far Slate and @GunDeaths have collected reports about 21 gun-related deaths.

And as of earlier today, they had reports about 242 gun-related deaths since the shootings in Newtown.

The Slate interactive chart and more about the project are online here.

Much more from the conversation with Kois is due on today's All Things Considered. We'll add the as-broadcast version of the interview to the top of this post later. Click here to find an NPR station that streams or broadcasts the show.