Accessibility links
Obama And McConnell Say They Are 'Optimistic' On Fiscal Cliff Deal : The Two-Way Seeking to avert automatic spending cuts and tax increases that are set to take effect on Jan. 1, President Obama and the four senior leaders of Congress huddled at the White House today.

Obama And McConnell Say They Are 'Optimistic' On Fiscal Cliff Deal

Obama And McConnell Say They Are 'Optimistic' On Fiscal Cliff Deal 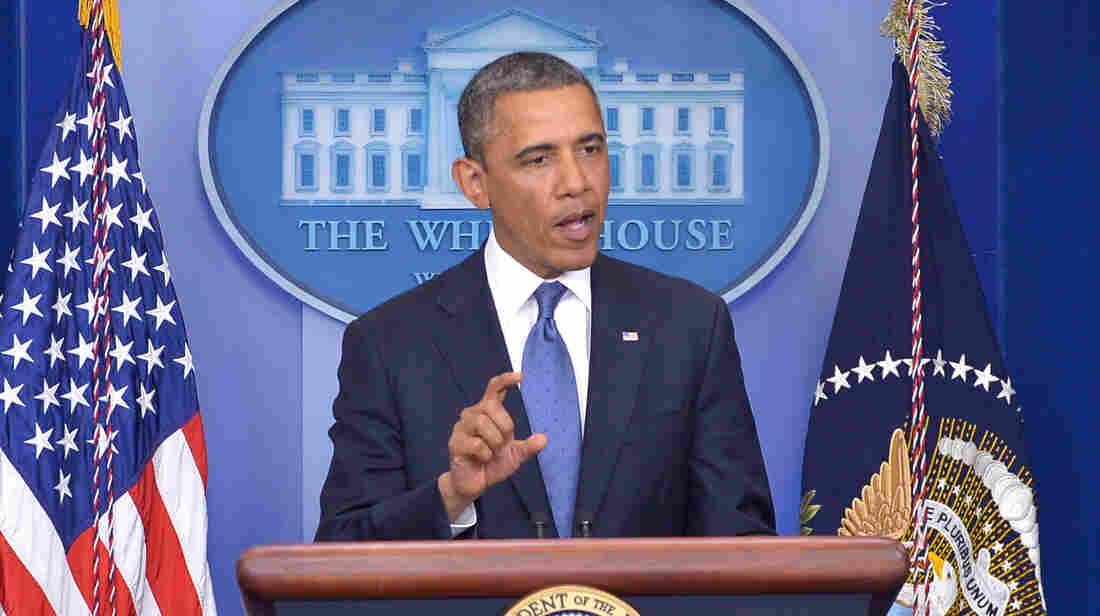 "The hour for immediate action is here. It is now," President Barack Obama said of a potential budget deal, after meeting with congressional leaders Friday. Mandel Ngan/AFP/Getty Images hide caption 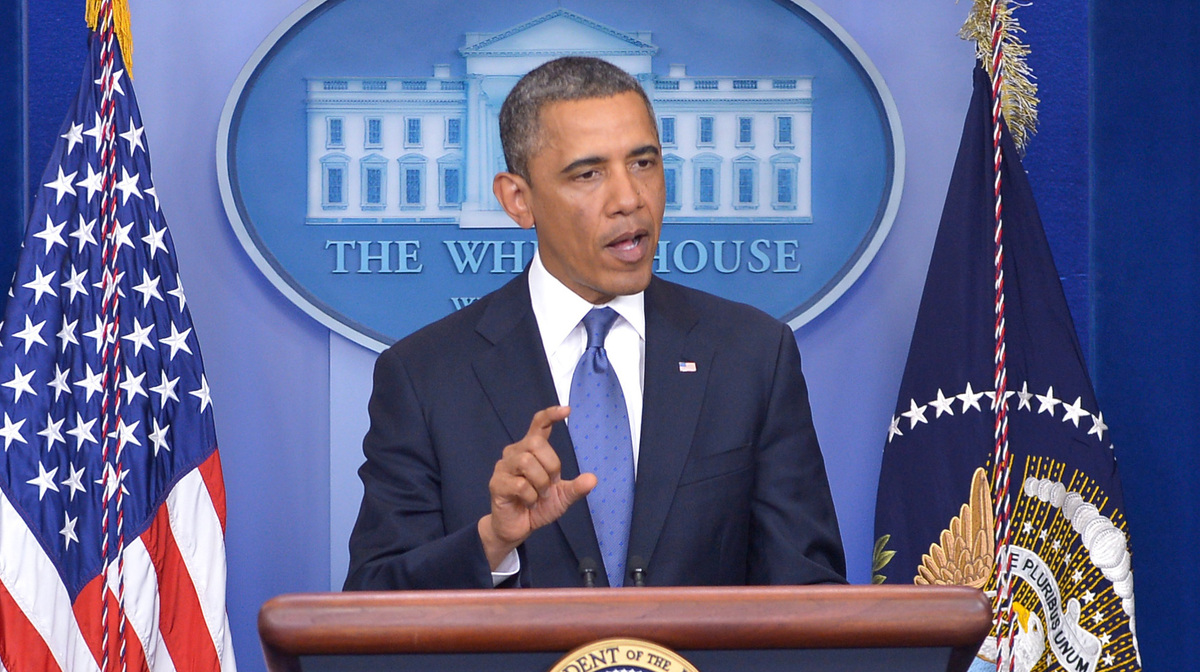 "The hour for immediate action is here. It is now," President Barack Obama said of a potential budget deal, after meeting with congressional leaders Friday.

Days before a budget crisis deadline will hit the U.S. economy, President Obama says, "I'm optimistic we may still be able to reach an agreement that can pass both houses in time."

The details of that agreement, which could avert automatic spending cuts and tax increases that are set to take effect on Jan. 1, would likely come from discussions between Senate Minority Leader Mitch McConnell (R-Ky.), and Majority Leader Harry Reid (D-Nev.).

McConnell said the Senate might be able to take up a deal on Sunday — meaning that his and Reid's staffs will likely be very busy Saturday, trying to hash out a deal.

It's unclear whether a reported potential compromise on the filibuster process could aid a deal's progress in the Senate.

The president spoke after he huddled with McConnell and Reid, along with House Speaker John Boehner (R-Ohio) and House Minority Leader Nancy Pelosi (D-Calif.) at the White House today.

The session took place behind closed doors in the Oval Office; the specifics of the plans they discussed are not yet known. We'll update this post as news comes in.

In a short news briefing, the president says that if Congress can't reach a deal on its own, he will ask Sen. Harry Reid to bring an "up or down" vote on middle class tax cuts and unemployment benefits to the Senate.

"That's the bare minimum" of what can be done, the president said.

Moments before, he said that he still wants to enact broad changes in the U.S. tax structure and deficit load, but now may not be the time.

Venting his frustration at Washington's tradition of waiting to resolve pressing issues at the last moment, Obama said, "The hour for immediate action is here. It is now."

Speaking on the Senate floor after Friday's meeting, McConnell said he is "hopeful and optimistic" about a possible deal. He mentioned that the Senate could review options Sunday.

President Obama "will deliver a statement in the Brady Press Briefing Room" at 5:45 p.m. ET, according to a release from the White House.

The budget-deal meeting lasted a bit more than one hour, ending at around 4:15, according to a pool report.

NPR's special coverage has now concluded; we will be updating this post with any upcoming news from the budget meeting.

The White House meeting is closed to the press, but a pool reporter notes that the meeting between the president and congressional leaders also includes both Vice President Biden and Treasury Secretary Timothy Geithner.

The meeting reportedly began at 3:10 p.m.

The special coverage has begun, hosted by NPR's Brian Naylor. Ahead of the afternoon summit, optimism has been the theme in several reports.

The New York Times says leaders are exploring a deal to allow tax increases to hit only those Americans making more than $400,000.

And Politico reports that the president will float a "scaled-back offer" to the leaders of Congress, including a plan "to raise taxes on income over $250,000, extend jobless benefits, delay defense and domestic cuts and patch the alternative minimum tax, sources say."

Still, Republicans interviewed by Politico said the $250,000 figure would not fly in the House.

Seeking to avert automatic spending cuts and tax increases that are set to take effect on Jan. 1, the president and the four leaders of Congress huddled at the White House for about one hour today.

The session took place behind closed doors in the Oval Office; it is not yet known what possible plans were discussed. We'll update this post as news comes in.

If you're still unclear about what's at stake, you can consult NPR's look at how — and when — things might change without a deal, in a feature called Fiscal Cliff Calendar: What Happens When.