Accessibility links
Year Ends As It Began, With Lawmakers Headed Toward The 'Fiscal Cliff' : The Two-Way Talks continue on a deal to avoid automatic spending cuts and tax increases. But with just hours to go before they kick in, an agreement remained elusive.

Year Ends As It Began, With Lawmakers Headed Toward The 'Fiscal Cliff'

Year Ends As It Began, With Lawmakers Headed Toward The 'Fiscal Cliff' 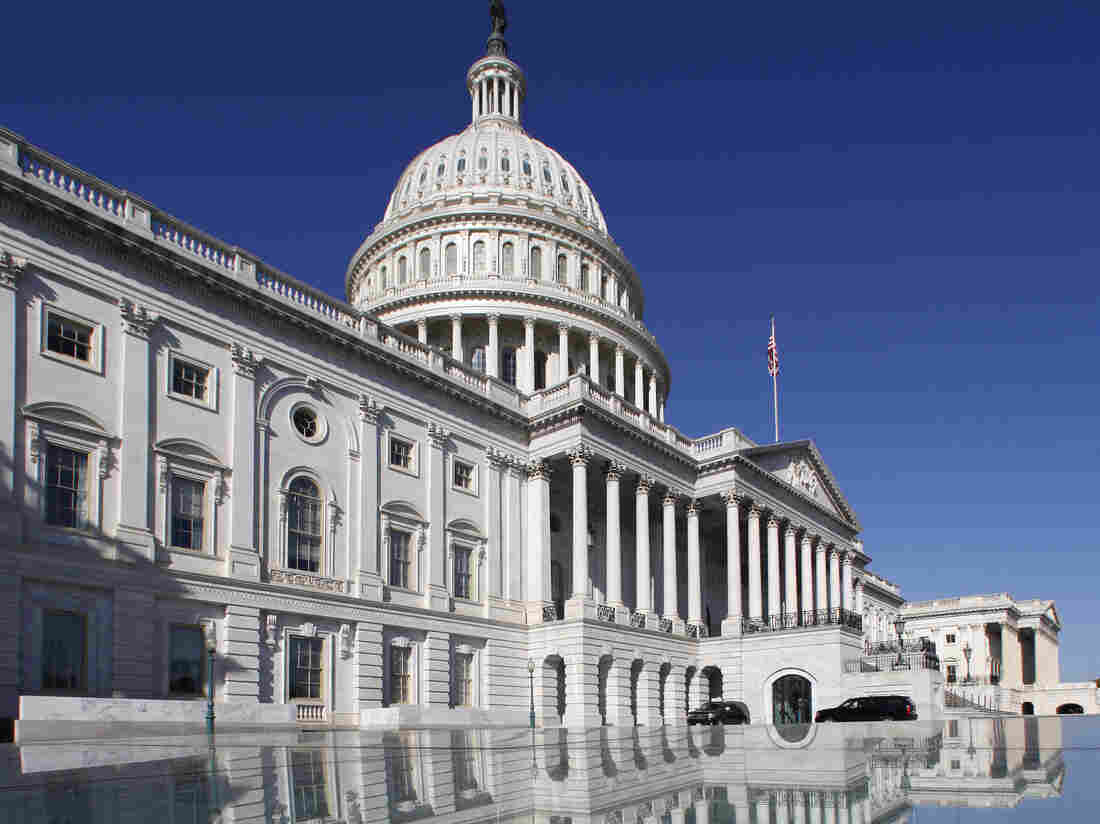 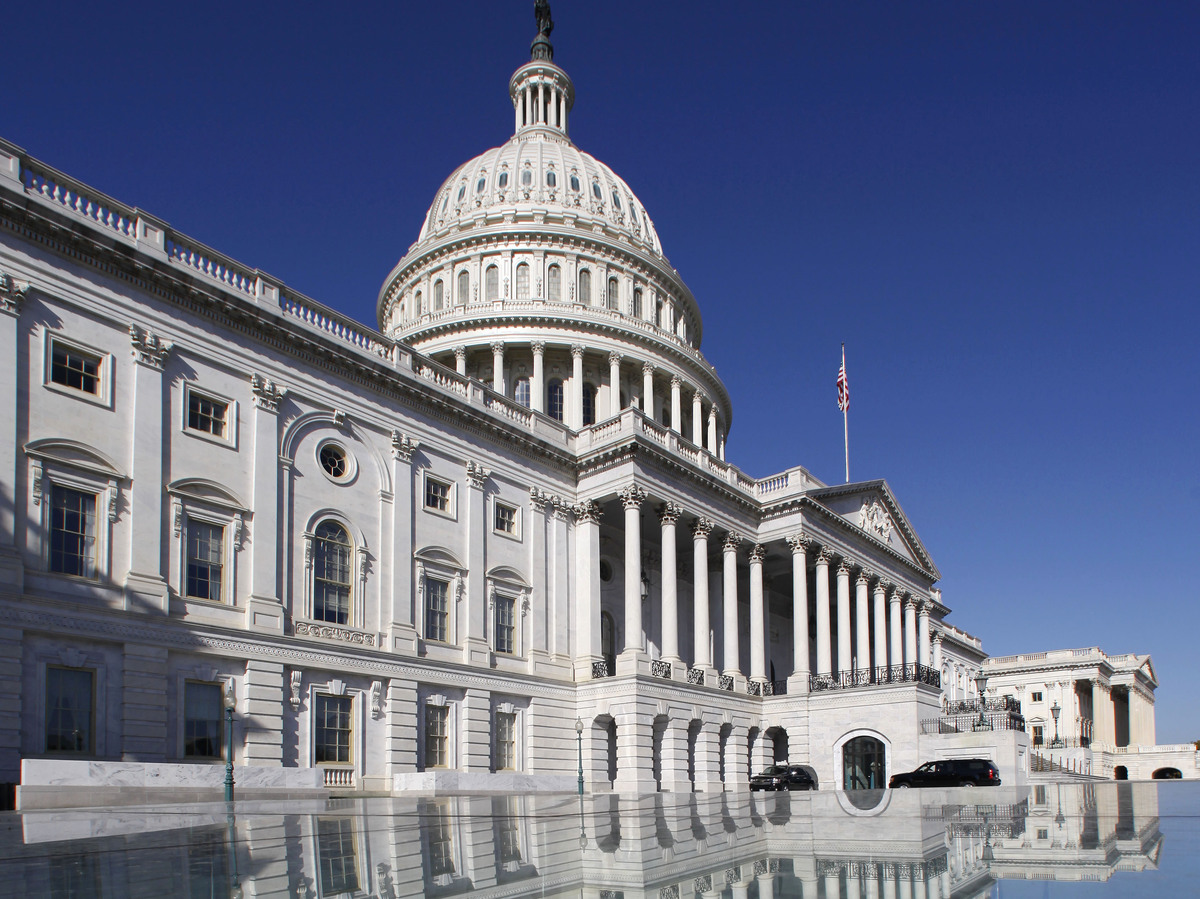 The U.S. Capitol. Will lawmakers avoid the "fiscal cliff" or go over?

(Scroll down for updates.)

Well, here we are. It's New Year's Eve and with just hours to go before the end of the year and the arrival of the so-called fiscal cliff, Democrats and Republicans in Washington are still trying to strike a deal that heads off automatic increases in taxes, automatic deep spending cuts in a variety of programs and the automatic expiration of some jobless benefits.

As host David Greene said on Morning Edition, "we still do not know if taxes will be going up as the ball in New York City's Times Square goes down."

Fiscal Cliff Calendar: What Happens When

But, at least lawmakers haven't left things until the last minute, David said (with his tongue firmly planted in his cheek). After all, "we've got hours and hours before the last minute."

The two leaders at the center of the talks now are Vice President Biden and Senate Minority Leader Mitch McConnell, R-Ky., who will try to come up with some sort of deal before the Senate reconvenes later this morning. If they can, and if such a deal is passed by the Senate, then the House might also take it up today.

As you can see, though, there are several big "ifs" in such a scenario.

The good news, if there is any: As NPR's Scott Horsley pointed out on Morning Edition, going over the cliff isn't "an instant catastrophe." The "$500 billion hit to the economy" it would deliver is spread over a year and "many of those effects could be reversed" by later legislation, he said.

The continued uncertainty, though, is rattling the world's financial markets.

We'll watch how this all plays out as the day continues.

The president just told the nation that his top priority — preventing an increase in taxes for most Americans — is within sight. We live-blogged as he spoke.

There's a fresh post here where we'll post updates on what President Obama says during an appearance at the White House set for 1:30 p.m. ET.

The White House just alerted reporters that at 1:30 p.m. ET, "the president will deliver remarks about the fiscal cliff at a White House event."

"Stocks were on track to break a five-session losing streak in the final trading day of 2012, even as the year-end fiscal-cliff deadline looms," The Wall Street Journal writes.

"We're seeing an underlying pressure for the market to move up, based on fundamentals like reasonable valuations," Adrian Day, president of Adrian Day Asset Management told the Journal. "That's offset by the fiscal cliff ... [but] there's also a realization that going over the fiscal cliff wouldn't necessarily be a disaster."

"On taxes, one of the thorniest issues on the table, the two sides appeared to be converging. President Barack Obama has called for raising individual income-tax rates on family income above $250,000. In the latest round of Senate talks, Republicans proposed a $550,000 threshold, which Democrats moved to $450,000, according to Sen. Dick Durbin (D., Ill.)."

While Politico reports that:

"McConnell and Biden, who served in the Senate together for 23 years, are closing in on an agreement that would hike tax rates for families who earn more than $450,000, and individuals who make more than $400,000, according to sources familiar with talks. That would mark significant concessions for both men, particularly for McConnell. President Barack Obama campaigned on raising taxes for families who make more than $250,000, but McConnell has long been dead-set against any tax increases, warning they would jeopardize the economy."

As the Journal adds, though:

"Before noon on Monday, Senate Majority Leader Harry Reid (D., Nev.) said on the Senate floor that discussions continue, but he also warned 'we really are running out of time,' adding that 'There are a number of issues on which the two sides are still apart.' "

Senate Minority Leader Mitch McConnell, R-Ky., told reporters this morning that he and Vice President Biden spoke at 12:45 a.m. ET before going to bed and again at 6:30 a.m. ET after rising. So the negotiations continue.

"Senate Minority Leader Mitch McConnell (R-Ky.) and Vice President Joe Biden engaged in furious overnight negotiations to avert the fiscal cliff and made major progress toward a year-end tax deal, giving sudden hope to high-stakes talks that had been on the brink of collapse, according to sources familiar with the discussion."

There have been several such moments when hopes were high, of course.

7 a.m. ET. Some Other Early Headlines:

-- "Day Of Seesaw Talks Produces No Accord." (The New York Times)