Accessibility links
Secretary Clinton's Clot Located Behind Right Ear : The Two-Way The clot is located in a vein that's in the space between her brain and skull. A statement by Clinton's physicians released by the State Department said the clot did not result in a stroke or neurological damage. The statement added that the doctors were "confident she will make a full recovery." 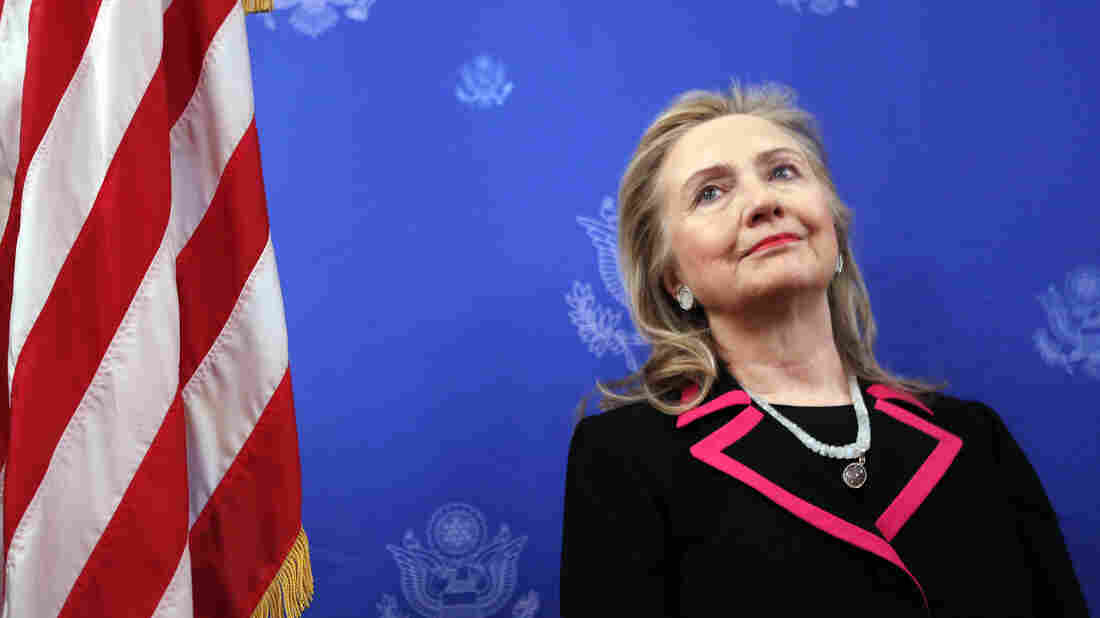 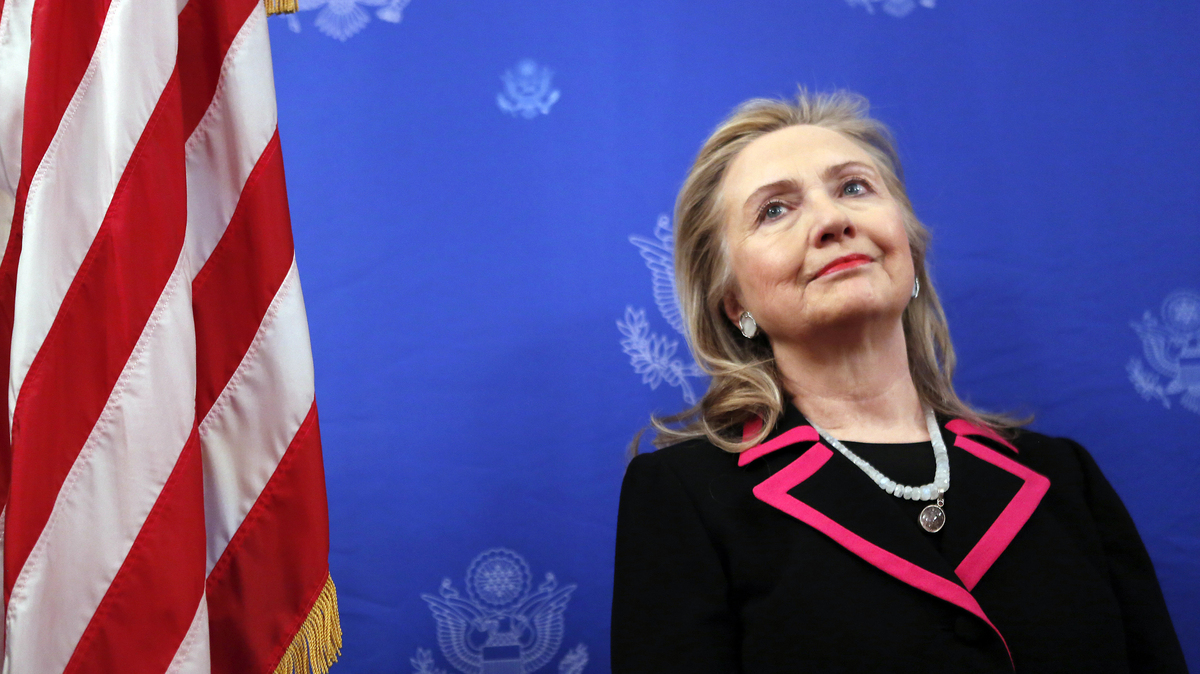 Secretary of State Hillary Clinton on Dec. 4 in Brussels, before she fell ill.

The clot that has put U.S. Secretary of State Hillary Clinton in a New York City hospital for treatment and observation is located behind her right ear, in a vein that's in the space between her brain and skull.

A statement by her physicians released by the State Department said the clot did not result in a stroke or neurological damage.

"To help dissolve this clot, her medical team began treating the Secretary with blood thinners," the statement said. "She will be released once the medication dose has been established."

The statement added that Clinton was making "excellent progress and we are confident she will make a full recovery."

Though not much is known yet about the blood clot that has put Secretary of State Hillary Clinton in a New York City hospital for treatment and observation, it's important to keep in mind that the problem is "extremely common ... most people recover and are fine," NPR science correspondent Rob Stein said on Morning Edition.

The 65-year-old former first lady has been recuperating from a stomach virus and a concussion suffered when she fainted and fell earlier this month. The blood clot, her spokesman said, was discovered Sunday during a follow-up examination. She's expected to be in New York-Presbyterian Hospital at least another day or so.

The spokesman did not say where the clot is. As NPR's Jackie Northam said on Morning Edition, Clinton was treated for a clot at least once before — in 1998, when one was discovered behind a knee.

Among the things that can cause clots, Rob reminded us, are extended periods of bed rest, long airplane flights and irregular heartbeats. One "big fear," he said, is that a clot might travel to the brain and cause a stroke. Cam Patterson, a professor and chief of cardiology at the University of North Carolina-Chapel Hill, notes in USA Today that clots can also be fatal if they travel to a lung.

Doctors typically treat clots with anti-coagulants, as is the case with Clinton according to her spokesman, and sometimes with surgery.

The Washington Post reports this morning that the news about Clinton's hospitalization:

"Has much of the Twitter-sphere engaging in a round of public shaming. Some conservatives initially accused Clinton of faking her illness in order to avoid a scheduled date with a House committee holding hearings about the deaths of four Americans in Benghazi, Libya. Now that her condition has apparently deteriorated, those conservatives are being called out."

Clinton is planning to step down in coming coming weeks, and President Obama has already announced he's nominating Sen. John Kerry, D-Mass., to be her successor. There is, of course, always speculation that Clinton will make another run for the White House — perhaps in 2016.