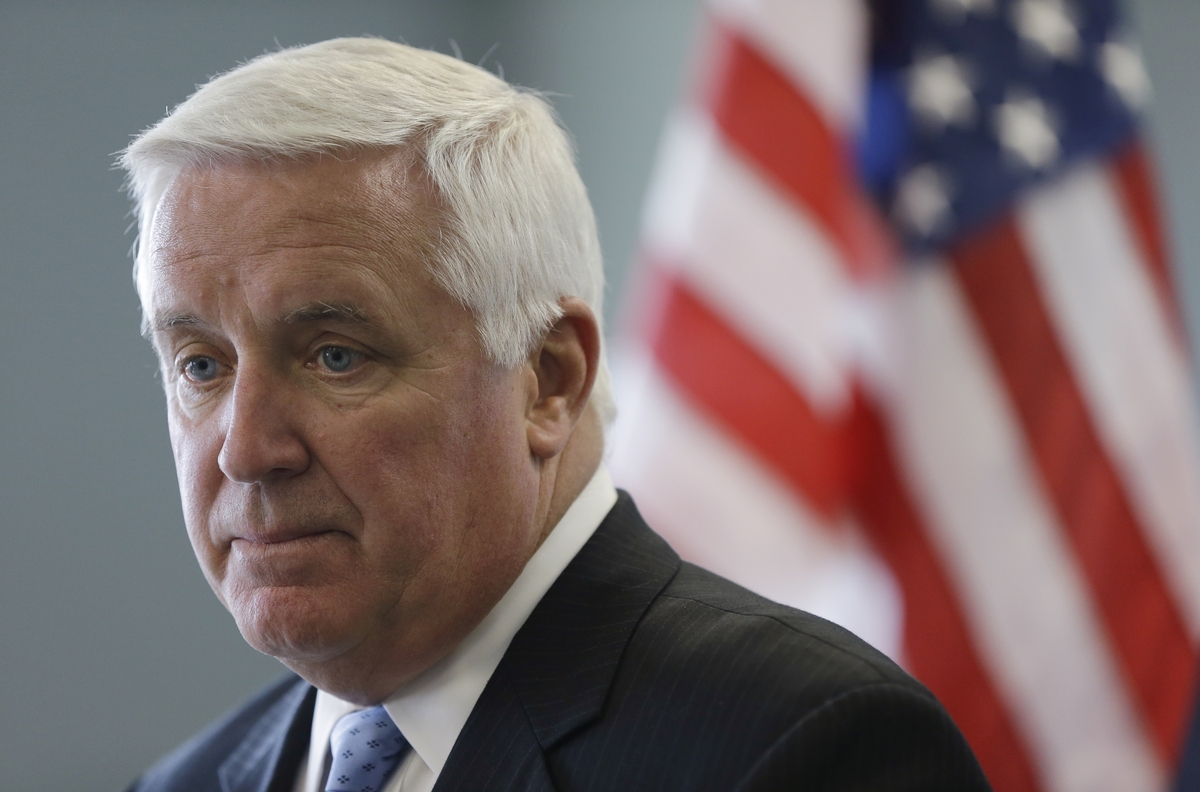 Pennsylvania Gov. Tom Corbett (R), says the NCAA badly overreached itself when it imposed punitive financial sanctions on Penn State over the handling of sexual predator and former Penn State assistant football coach, Jerry Sandusky. Corbett is filing a federal anti-trust lawsuit against the collegiate athletic association, saying it ignored its own disciplinary rules in its rush to castigate the Pennsylvania university.

Sandusky, who's spending at least 30 years in prison for sexually assaulting 10 boys, was convicted last June on 45 of 48 assault counts. The shocking case included graphic testimony about child rape and the alleged failure of Penn State administrators to stop Sandusky's attacks.

The case was so horrific that the NCAA, the athletic association, imposed severe penalties on the Penn State football program, notes the Sporting News: a $60 million dollar fine; a four year ban on bowl appearances; a four year ban on post-season appearances; the loss of 40 scholarships; all team victories vacated from 1998 through 2011; and probation for five years. It adds that "in handing down this punishment under 'extraordinary circumstances,' the NCAA did not in any way resemble itself. There was no notice of allegations. No 90-day period for Penn State to respond. No waiting period while the NCAA considered its course."

And that's where Gov. Corbett believes his case is strongest.

"These actions didn't punish Sandusky," Corbett said at a news conference held at Penn State today. "They punish past and present students, local businesses and citizens of Pennsylvania." Corbett says these are people and businesses who had nothing to do with Sandusky's criminal actions, which were properly handled in criminal court.

He alleges the NCAA as a trade organization, failed to follow its own internal rules on punishment: "A handful of top members simply inserted themselves into issues they had no authority to police." Corbett is seeking injunctive relief - a stop to the association's penalties.

But Corbett's action is generating new questions. The governor was Pennsylvania's attorney general when his office took the Sandusky case in 2009. His management has been questioned, especially by State Attorney General-elect Kathleen Kane, a Democrat. She ran for election last year specifically to investigate why it took the AG's office three years to charge Sandusky with a crime, notes the AP.

Corbett says he has not discussed the case with Kane.

And the Atlantic points out another wrinkle: Corbett himself accepted the NCAA penalties last year when they were meted out, and this change of heart could undermine his new legal argument.