Accessibility links
UPDATE: With A Swish Of His Autopen, Obama Signs Fiscal Cliff Bill : The Two-Way With the president in Hawaii and the bill back in Washington, D.C., a machine did the signing. That's been done before, and was declared to be legal by President George W. Bush's lawyers.

UPDATE: With A Swish Of His Autopen, Obama Signs Fiscal Cliff Bill

UPDATE: With A Swish Of His Autopen, Obama Signs Fiscal Cliff Bill 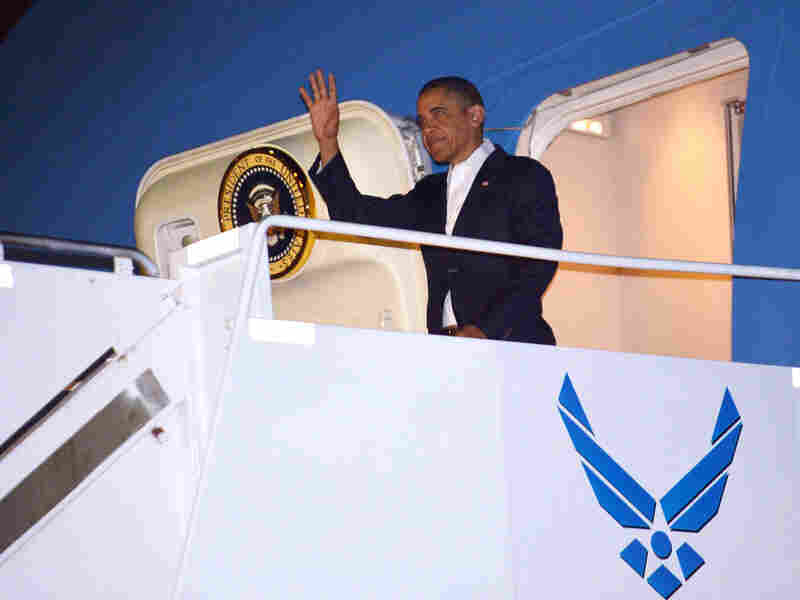 President Barack Obama steps off Air Force One at Hickam Air Force Base near Honolulu, Hawaii, Wednesday. Obama returned to Hawaii to continue his vacation — prompting questions about how he will sign the fiscal cliff bill. Mandel Ngan/AFP/Getty Images hide caption 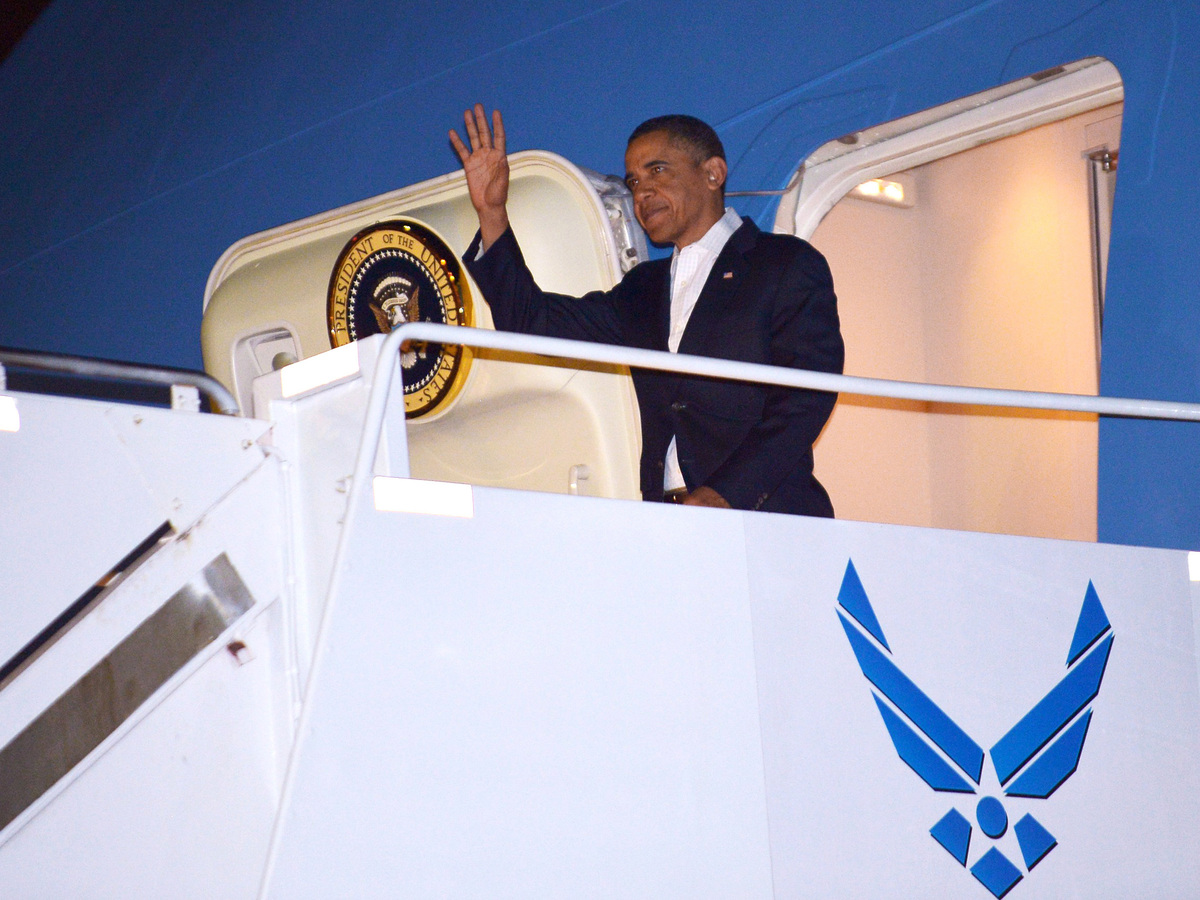 President Barack Obama steps off Air Force One at Hickam Air Force Base near Honolulu, Hawaii, Wednesday. Obama returned to Hawaii to continue his vacation — prompting questions about how he will sign the fiscal cliff bill.

As many had expected he would, the president did sign the fiscal cliff agreement with an autopen. The bill was back in Washington, D.C., while Obama was in Hawaii on vacation. So, it was signed by an autopen machine that produces a copy of the president's signature. As we outlined earlier, this has been done before.

With the approval of Congress, the bill avoiding the "fiscal cliff" is now on its way to President Obama, who says he's eager to sign it. But that raises a question: How will the president, who is now in Hawaii, sign the legislation?

Earlier today, a White House representative contacted by NPR said they weren't yet sure exactly how the president would sign the bill, which has now reportedly been delivered to the White House. There are two likely ways the bill could receive the president's signature.

The White House could fly the bill via courier to Obama, who rejoined his family on their holiday vacation hours after the budget crisis was resolved (or, as Mark wrote this morning, after much of the crisis was postponed). Earlier reports said that the Obama family would likely remain in Hawaii until Jan. 6.

Another option would be to use an autopen — a mechanical device that does a pretty fair job of copying Obama's signature, as a side-by-side comparison by CBS showed in November of 2011.

The president was in a similar situation one year ago, during his family's holiday trip to Hawaii. In that case, he signed the National Defense Authorization Act, which governs the detention of American citizens and others who are suspected of terrorism, after the bill was sent from Washington.

The case for using the device was made by the Bush administration in 2005, when the office of legal counsel said that Article I, Section 7 of the U.S. Constitution — which includes the phrase, "If he approves he shall sign it" — could allow the chief executive to direct "a subordinate to affix the President's signature to such a bill, for example by autopen."

The autopen is widely used by politicians and celebrities to duplicate signatures for letters and memorabilia. And while Obama seems to be the first president to use the device to sign a bill into law, he's the not the first to use one. As Andrea Seabrook reported in 2011, Thomas Jefferson was a big fan of the device.

Still, the autopen's constitutional legitimacy has not been tested in court. When Obama used the device in 2011, Rep. Tom Graves, R-Ga., questioned its use, seeking confirmation from the White House that the bill had been "presented" to the president, as required in the Constitution.