Accessibility links
In India, Five Charged With Rape And Murder In Crime That Shocked Nation : The Two-Way The men could get the death penalty if convicted. A sixth accused, who is said to be 17, will be tried separately. Their victim was raped, beaten and left for dead. The crime has led to protests and a renewed debate about women's rights in India. 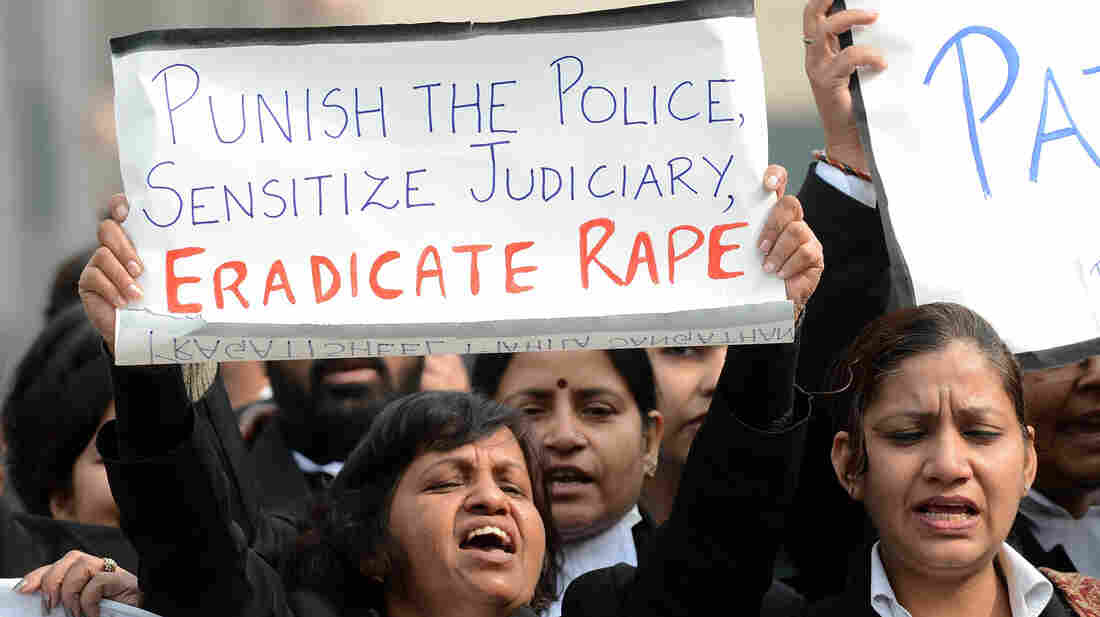 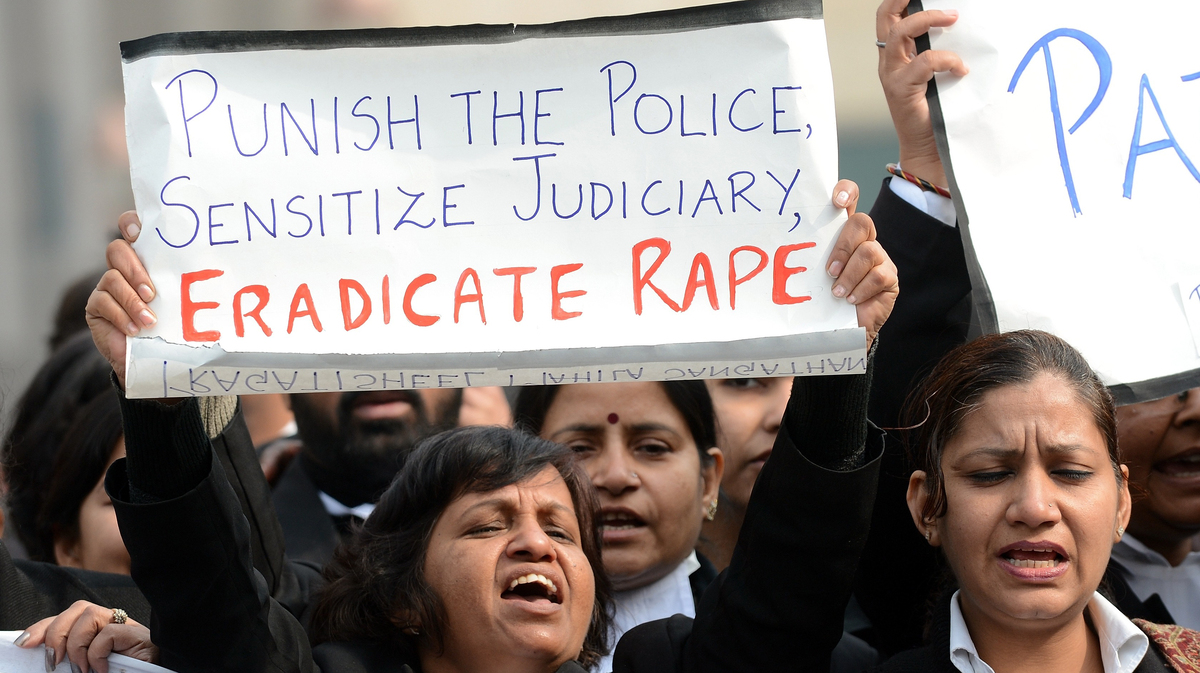 Protests continue, such as in New Delhi today.

In India today, the public prosecutor formally charged five men with murder and rape in the case of a 23-year-old student whose December assault and death has united the country in anger and sorrow.

Now, police are pressing for a closed-door trial in what will be the city's newly inaugurated court designed to fast-track cases of sexual violence against women.

Update at 4:25 p.m. ET. Clarifying the charges and possible punishment.

We've added more information to this post about the destruction of evidence charge, as well as the possible fate of the youngest suspect.

Today, the prosecutor said that five men have been formally charged but a sixth who police say is a juvenile will not be tried along with them. While the five adults face the death penalty, the maximum punishment allowable under law for the juvenile would be three years; in India, minors often serve their sentences in special housing.

The treatment of the sixth accused, who is said to be 17, is already the subject of intense debate about lowering India's age of majority from 18 to 16.

In addition to rape and murder, the charges also include destroying evidence: One of the accused is alleged to have washed the bus where the vicious attack took place.

Investigators say the physiotherapy student was beaten with an iron rod, raped and left for dead on the side of a road the night of Dec. 16. Her male companion was also attacked.

The court must appoint legal counsel for the five defendants. Bar associations in the capital have passed resolutions refusing to represent them.

(NPR's Julie McCarthy is based in New Delhi.)