Accessibility links
Transocean To Pay $1.4 Billion In Gulf Oil Spill Settlement : The Two-Way The owner of the Deepwater Horizon rig where 11 men died in April 2010 has agreed to pay criminal and civil penalties to resolve Justice Department allegations over its role in the Gulf of Mexico oil spill. 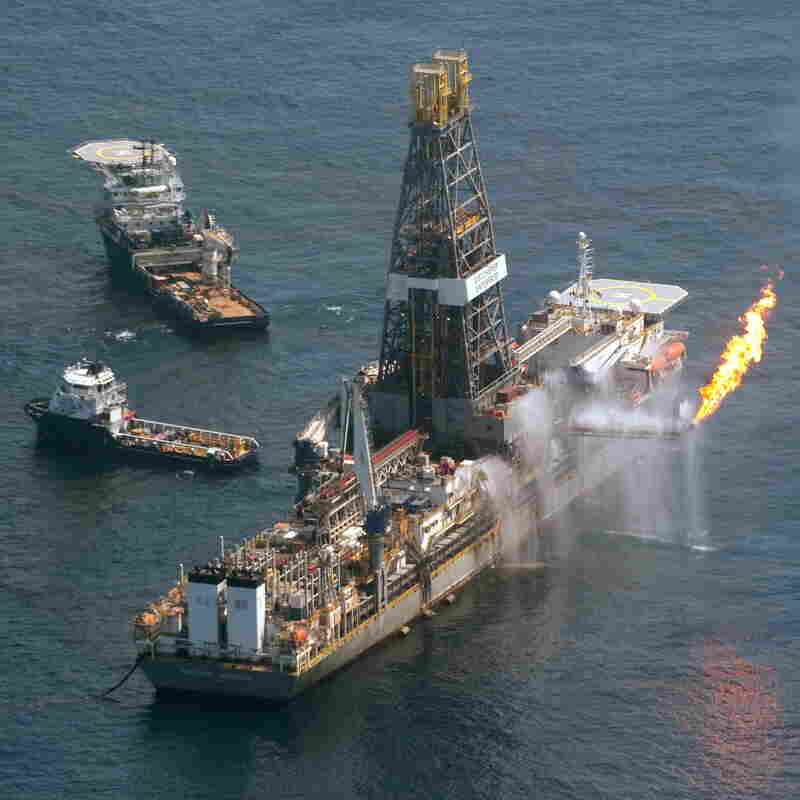 The Transocean Discoverer Enterprise drill ship collects oil from the site of the Deepwater Horizon oil well as workers try to stem the flow of the spill in the Gulf of Mexico, June 12, 2010. Saul Loeb/AFP/Getty Images hide caption 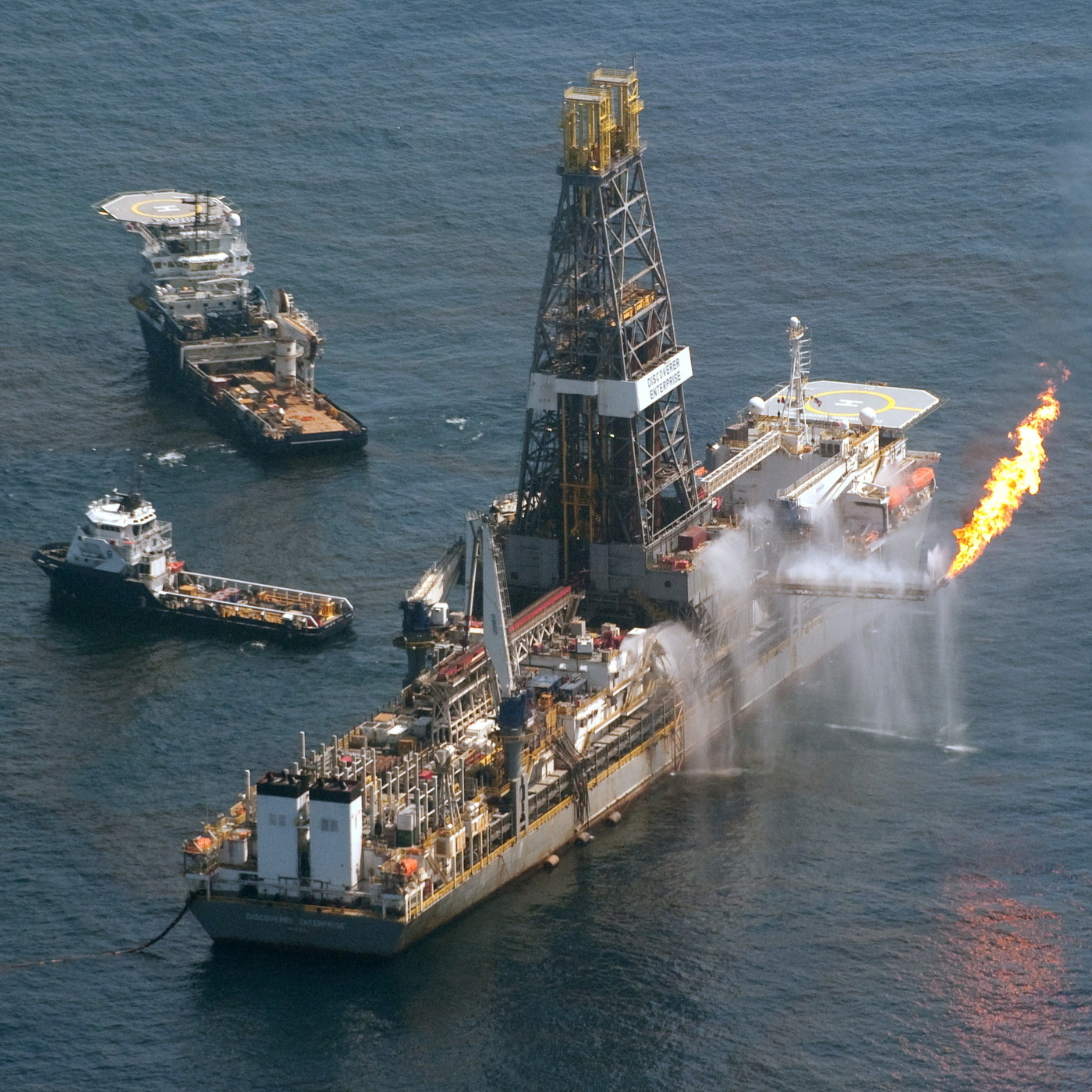 The Transocean Discoverer Enterprise drill ship collects oil from the site of the Deepwater Horizon oil well as workers try to stem the flow of the spill in the Gulf of Mexico, June 12, 2010.

Transocean, the owner of the Deepwater Horizon rig where 11 men died in April 2010, has agreed to pay $1.4 billion in criminal and civil penalties to resolve Justice Department allegations over its role in the Gulf of Mexico oil spill.

A Transocean subsidiary also agreed to plead guilty to a single criminal misdemeanor charge for violating the Clean Water Act. Federal authorities blamed the company for acting negligently when the rig's crew proceeded with maneuvers to the deep-sea well in the face of clear danger signals that oil and natural gas were flowing. Transocean will operate under a form of corporate probation. A federal judge still needs to approve the plea agreement.

Attorney General Eric Holder said the deal "brings us one significant step closer to justice for the human, environmental and economic devastation wrought by the Deepwater Horizon disaster."

Under the terms of the agreement, Transocean will pay $400 million in criminal penalties, most of which will be transferred to the National Academy of Sciences and the National Fish and Wildlife Foundation. The company also agreed to turn over $1 billion in civil penalties, 80 percent of which could go to fund projects in the Gulf states under legislation passed by Congress in 2012 called the RESTORE Act.

In a written statement, Transocean said the deal is "in the best interest of its shareholders and employees" and will "remove much of the uncertainty associated with the accident."

"This is a positive step forward, but it is also a time to reflect on the 11 men who lost their lives aboard the Deepwater Horizon," the company added. "Their families continue to be in the thoughts and prayers of all of us at Transocean."

The resolution means Transocean will no longer face a massive civil trial over the Gulf spill, set to begin in New Orleans late next month.

"The Justice Department should be commended for negotiating a $1 billion civil settlement with Transocean, which is a record amount and reflects the scope of the Gulf oil spill tragedy," said David Uhlmann, a former environmental crimes prosecutor who now teaches at the University of Michigan. "But the criminal penalty also should have been at least $1 billion given Transocean's numerous failures to drill in a safe manner, which cost 11 workers their lives and billions of dollars in damages to communities along the Gulf. Transocean had disclosed in September that it was seeking a $1.5 billion settlement, so it is curious that the Justice Department has agreed to a settlement that is better than what Transocean was proposing — and that does not appear to include Seaman's Manslaughter charges."

The plea agreement with the rig owner comes weeks after oil giant BP agreed to pay $4.5 billion to resolve criminal and some civil Justice Department claims over the disaster. BP, federal and state officials continue to negotiate over the rest of those legal claims. Three former BP workers, including the top company men on the Macondo well, face individual criminal charges they are fighting in court.