Accessibility links
Malala Released From Hospital : The Two-Way Three months after being shot in the head because she had been speaking out against efforts to bar girls from going to school, the Pakistani girl is well enough to leave the U.K. hospital where she's been treated. She still faces more surgery, however. 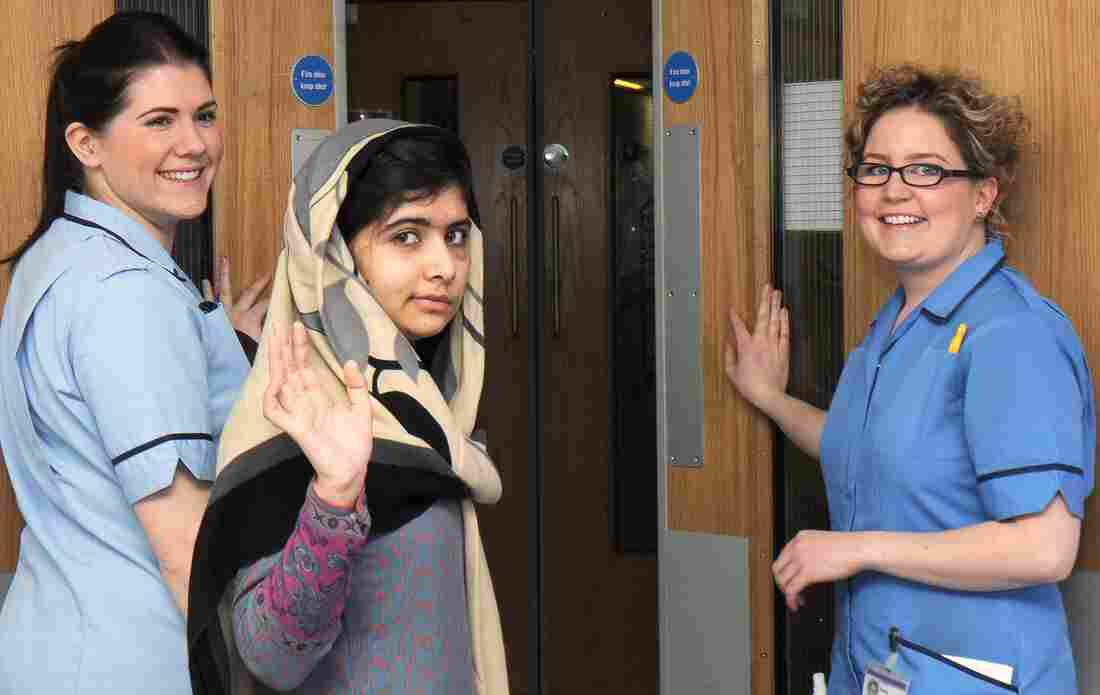 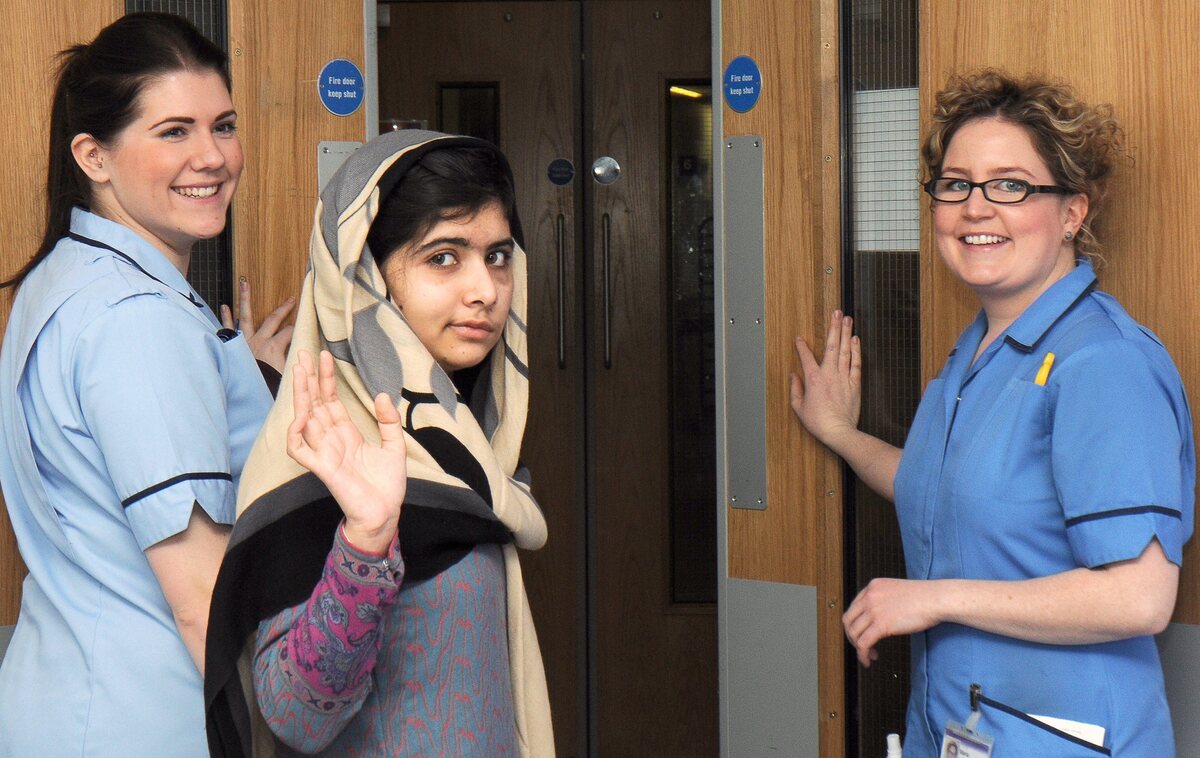 Malala Yousafzai waved earlier today as she was released from a hospital in Birmingham, England.

Malala Yousafzai, the Pakistani teenager shot and seriously wounded in October by the Taliban for speaking out about its efforts to bar girls from going to school, was released today from the hospital in Birmingham, England, where she was being treated.

"Less than three months after she was shot in the head from point black range, Malala walked out of hospital, waving to staff. The medical director of Britain's Queen Elizabeth Hospital in Birmingham — where she was moved six days after the attack — described Malala as a 'strong young woman' who has made 'excellent progress.'

"There was worldwide outrage after Malala was shot in Pakistan's Swat Valley; her recovery will delight her multitude of supporters. She'll receive rehab treatment with her family at their temporary home in Britain, before going back to the hospital in a few weeks for cranial reconstruction surgery."

As we reported Wednesday, Malala's father has been named an education attaché at Pakistan's offices in Birmingham. So she and her family are expected to stay in the U.K. for at least the next three years.

The Associated Press has a video report that includes footage of Malala.