Accessibility links
'Gun Appreciation Day' Is Jan. 19, Conservative Groups Declare : The Two-Way Looking to follow the example of last year's Chick-fil-A Appreciation Day, some conservative groups are trying to send a message to Washington about gun laws. It's the same date as the National Day of Service that honors Dr. Martin Luther King Jr. and the weekend of President Obama's inauguration. 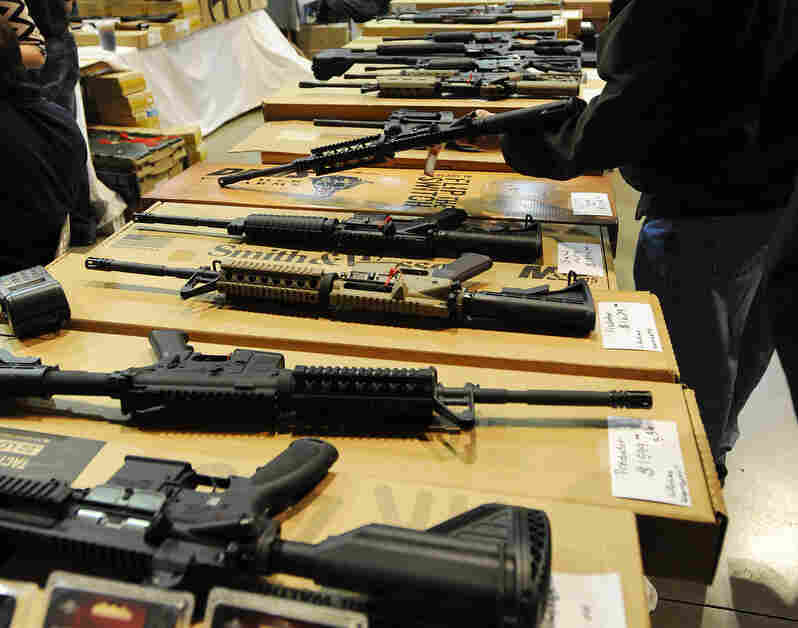 At the Great Southern Gun and Knife Show in Birmingham, Ala., over the weekend, rows of weapons drew a record crowd. Joe Songer /AL.COM /Landov hide caption 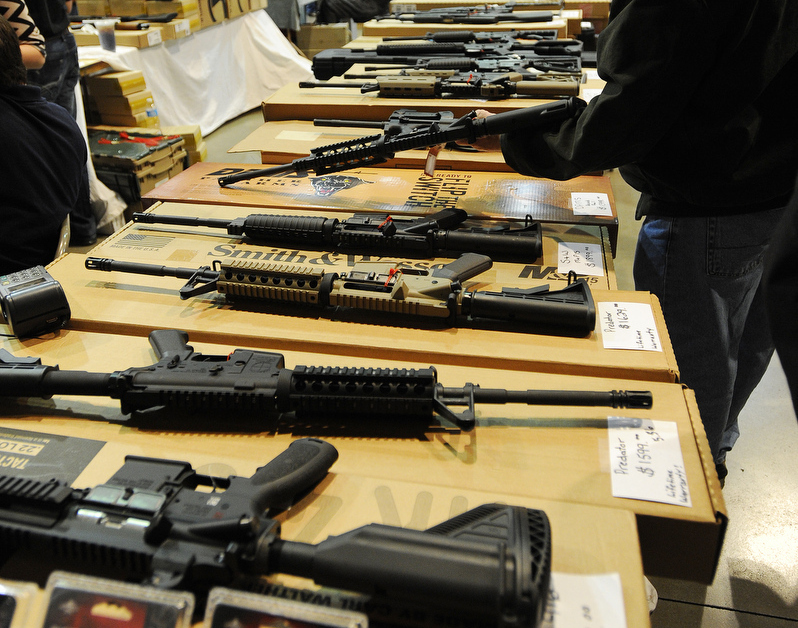 At the Great Southern Gun and Knife Show in Birmingham, Ala., over the weekend, rows of weapons drew a record crowd.

It's no coincidence that the 19th is Saturday of the weekend when President Obama will be sworn into office for a second time. Organizers say the date was chosen "to send a message to Washington two days before Obama's second inauguration." They're worried about what they see as the "Obama administration's post-Sandy Hook assault on gun rights."

On Dec. 14, a gunman killed 20 first-graders and six educators at Sandy Hook Elementary School in Newtown, Conn., before taking his own life.

Among the groups that are on board with Gun Appreciation Day: the Second Amendment Foundation and the Conservative Action Fund, a so-called SuperPAC.

The 19th, by the way, is also a National Day of Service when, as the White House hopes, Americans will honor the legacy of Dr. Martin Luther King Jr. "through a day of service and volunteering."

As for what the White House may have planned on gun policy, The Washington Post reported over the weekend that:

"The White House is weighing a far broader and more comprehensive approach to curbing the nation's gun violence than simply reinstating an expired ban on assault weapons and high-capacity ammunition, according to multiple people involved in the administration's discussions.

"A working group led by Vice President Biden is seriously considering measures backed by key law enforcement leaders that would require universal background checks for firearm buyers, track the movement and sale of weapons through a national database, strengthen mental health checks, and stiffen penalties for carrying guns near schools or giving them to minors, the sources said."

Chick-fil-A Appreciation Day was led by conservatives who were reacting to criticism directed at Chick-fil-A President Dan Cathy for his stand against same-sex marriage. The call to show support for Cathy and his fast-food chain led to long lines at Chick-fil-A restaurants — and to a counter movement called National Same-Sex Kiss Day.

So, if Gun Appreciation Day gets traction, watch for opponents to plan their own sort of day.