Accessibility links
Alleged Leaker Manning Subjected To Illegal Pretrial Punishment, Judge Rules : The Two-Way At a pretrial hearing Tuesday at Fort Meade, a military judge said some of the punishment given to Pvt. Bradley Manning while he was in solitary confinement was "more rigorous than necessary." He is accused of sending a mass of classified documents to the website WikiLeaks. 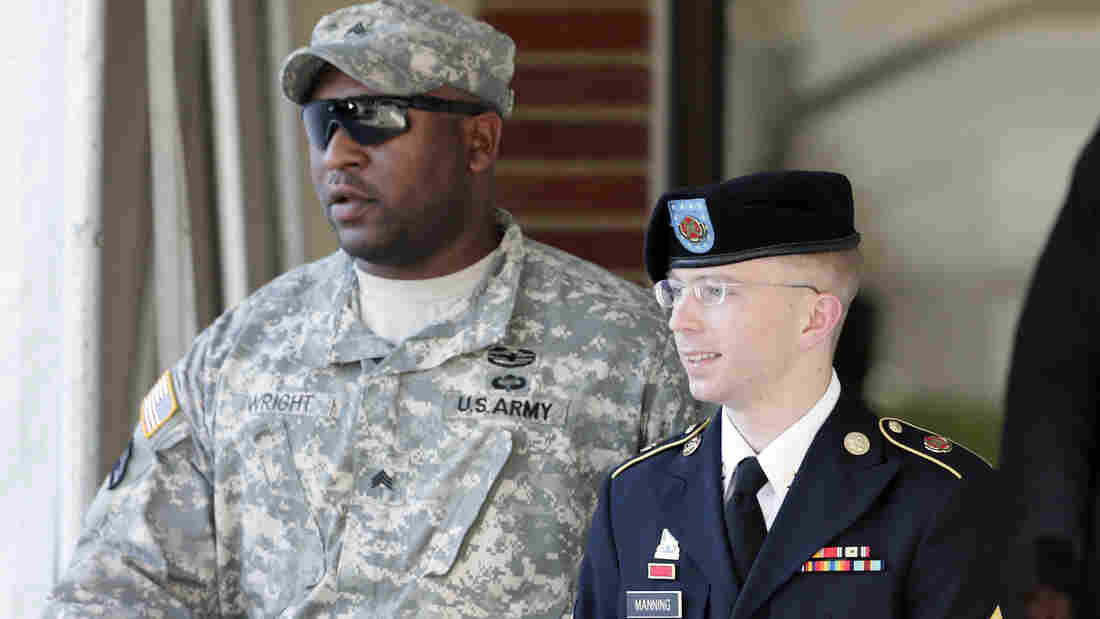 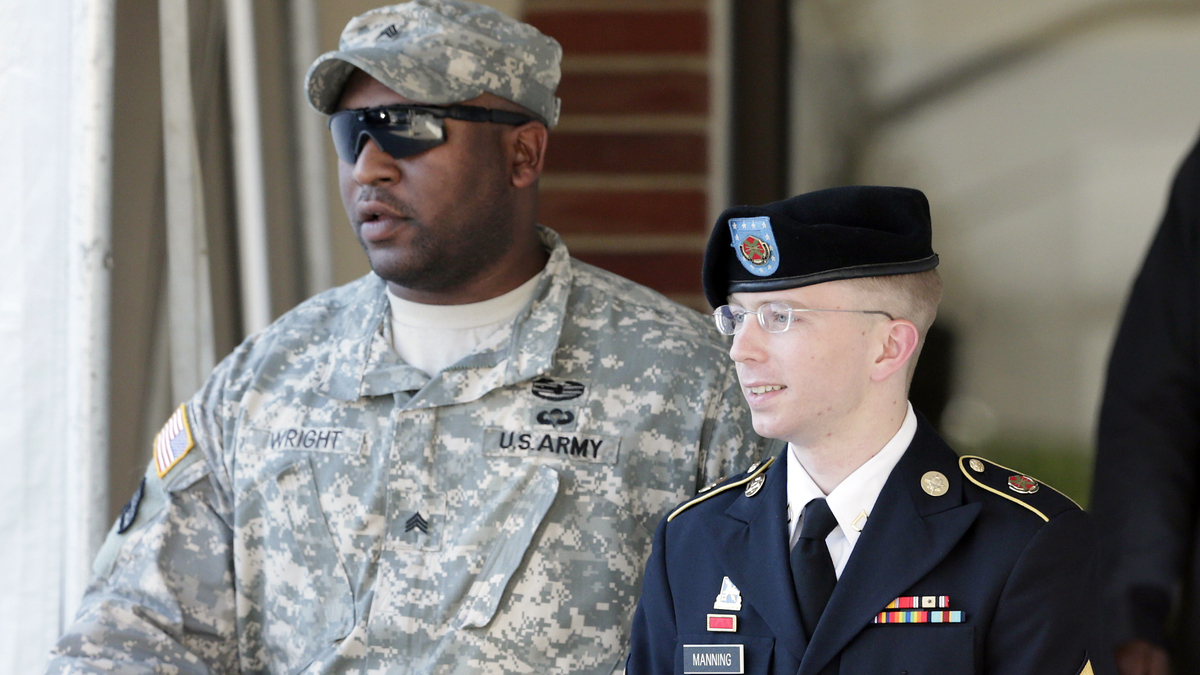 Army Pfc. Bradley Manning is escorted out of a courthouse in Fort Meade, Md., after a pretrial hearing last year.

(7 a.m. ET, Jan. 9: We've updated the headline and reworded the top of this post to better reflect the judge's ruling. Our earlier headline was "Judge Reduces Possible Sentence For Alleged Leaker Bradley Manning.")

At a pretrial hearing Tuesday at Fort Meade in Maryland, a military judge ruled that the Army private accused of leaking a mass of classified documents to the website WikiLeaks was subjected to illegal pretrial punishment while being held in a military prison.

Col. Denise Lind found that during the nine months Pfc. Bradley Manning spent in solitary confinement in a Marine Corps brig in Quantico, Va., the treatment he received was "more rigorous than necessary." She credited a total of 112 days toward any prison sentence Manning receives if convicted. (More from The Associated Press here.)

Manning was kept in a windowless cell 23 hours a day, often without any clothing. Officials have said it was to keep him from harming himself.

"Jailers at the Marine Corps brig in Quantico, Va., have testified they considered Manning a suicide risk and that they were only trying to keep him from hurting himself and others by keeping him in a windowless, 6-by-8-foot cell for all but one hour a day."

At a previous hearing last year, Manning's lawyer, David E. Coombs, described the treatment he received like that of a "zoo animal." Manning also took the stand during that hearing and described contemplating suicide and making a noose while being held in Kuwait.

According to the AP, Lind said the conditions Manning was subjected to "became excessive in relation to legitimate government interests."

The 25-year-old intelligence analyst has been seeking to have the charges against him dropped because of the pretrial conditions he was held in.

The four-day hearing at Fort Meade will also include arguments on whether Manning's motives in leaking the documents matters. Prosecutors say his motives are irrelevant.

Manning faces life in prison if he is convicted of the more serious of the 22 charges against him, so it's unclear how a 112-day reduction could be administered if he receives the harshest sentence. In November, he offered to plead guilty to lesser charges, but a military judge has yet to rule on the offer.