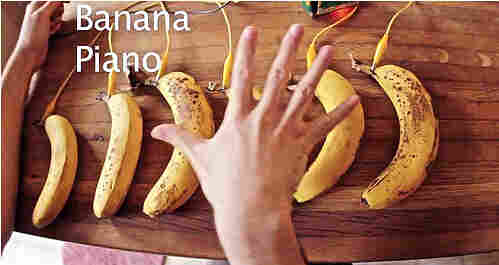 Kickstarter, the crowd-funding site that pairs indie-minded inventors and entrepreneurs with online investors, fully funded more than 18,000 projects in 2012, according to its end-of-year analysis. The site says that in total, more than 2.2 million people pledged a total of nearly $320 million. For the year, 17 projects raised more than $1 million.

Those numbers come from Kickstarter's look back at 2012 — a year in which the site raised $606.76 every minute. The two most popular categories were music, which had the most projects funded, at 5,067, and games, which attracted the most money, at $83 million.

Here are some of the Web service's favorite or most successful projects of the year (you can also click through the selections at Kickstarter):

The funding website also dealt with some growing pains in 2012, when it adjusted its policies on the kinds of disclosures entrepreneurs needed to make when asking for money on the site.

It also sought to clarify the question of whether project backers should see themselves as donors or as investors, in a blog post titled "Kickstarter Is Not a Store." That clarification came soon after an NPR story that looked at what happens when a Kickstarter campaign fails.