Accessibility links
Study Of Junior Seau's Brain Finds Signs Of Neurodegenerative Disease : The Two-Way Junior Seau, the former NFL linebacker whose suicide last May at age 43 shocked fans and former teammates, suffered from chronic traumatic encephalopathy, a neurodegenerative disease associated with repetitive head injuries, according to research by the National Institutes of Health. 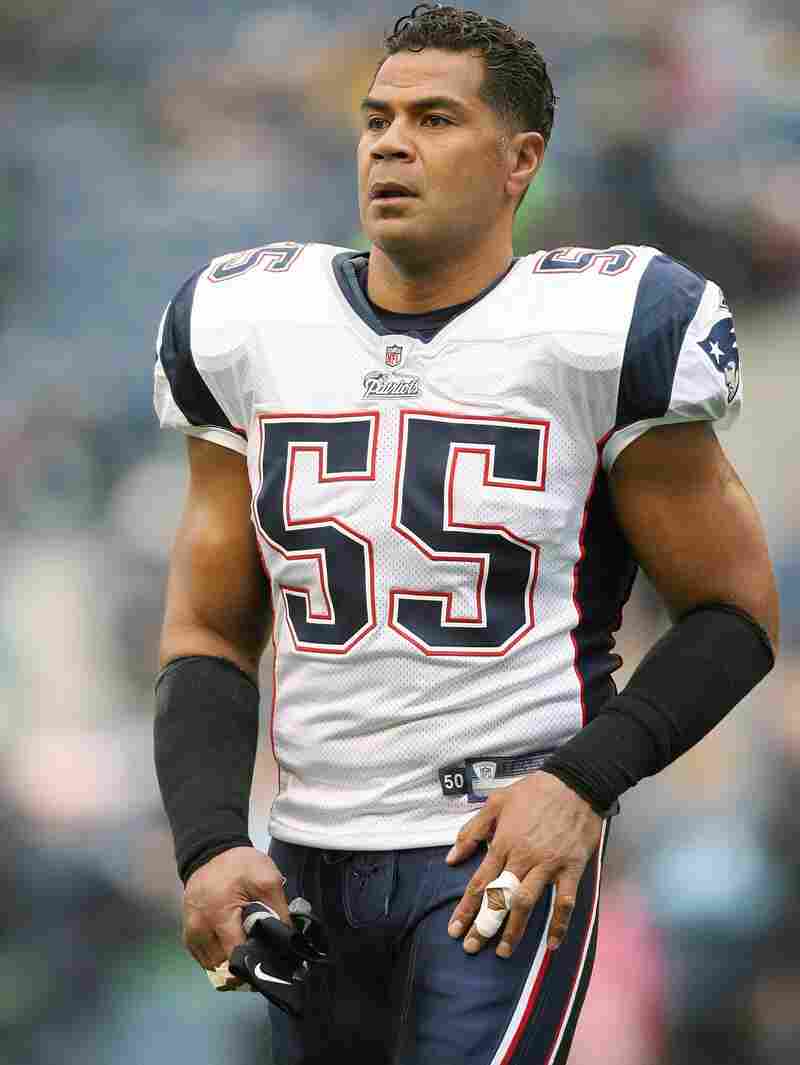 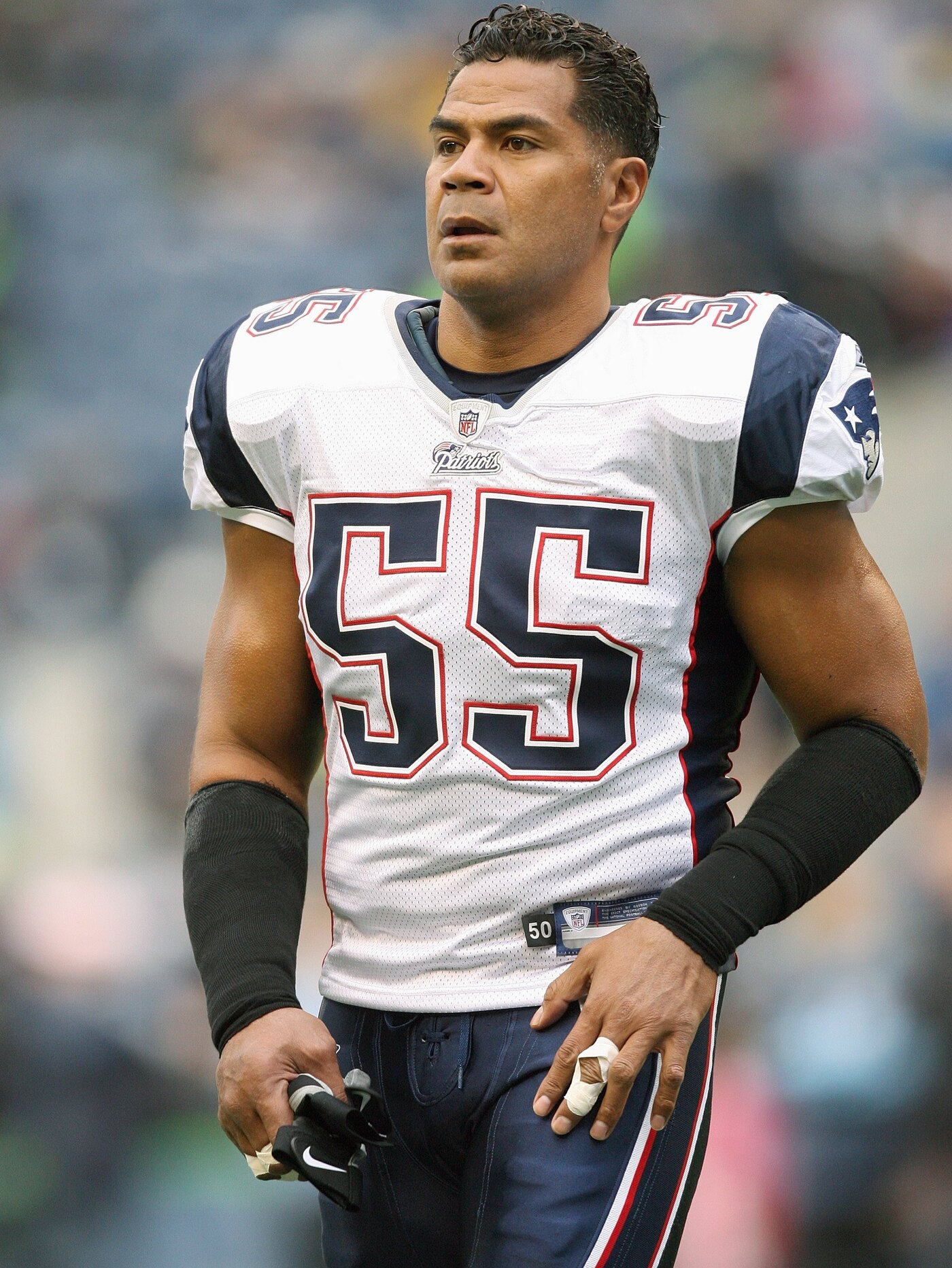 Junior Seau, seen here playing for the New England Patriots toward the end of his career, suffered from a degenerative brain disease, scientists say.

Junior Seau, the former NFL linebacker whose suicide last May at age 43 shocked fans and former teammates, suffered from chronic traumatic encephalopathy, a neurodegenerative disease associated with repetitive head injuries, according to a study by the National Institutes of Health.

Seau's family donated his brain for examination after his death by a self-inflicted gunshot wound to the chest set off speculation that Seau may have suffered brain injuries during a career that was defined by his passionate, hard-nosed play.

In reporting the news this morning, ABC News quoted the study's lead researcher, Dr. Russell Lonser, as saying, "What was found in Junior Seau's brain was cellular changes consistent with CTE."

As Mark wrote last May, Seau's "suicide was the third by a former NFL player since February 2011. First, former Chicago Bears safety Dave Duerson shot himself in the chest — after writing a note asking that his brain be studied for chronic traumatic encephalopathy — a disease linked to depression. Then last month, former Atlanta Falcon Ray Easterling shot himself in the head. He was part of a lawsuit against the NFL over head injuries and was suffering from dementia."

The NFL said last September that it would donate $30 million to the National Institutes of Health to support research on athletes' medical conditions, a list that was expected to include brain injuries and chronic traumatic encephalopathy.

ESPN says "the study of Seau's brain was 'blinded' to ensure its independence," with multiple samples sent to independent neuropathologists.

"Seau is one of a number of former NFL players whose suicides have been linked to the disease," reports NPR's Tom Goldman, for our Newscast unit. "However, the NIH stressed, it's still not clear which individuals with multiple head impacts are at risk for CTE."

ABC spoke to Seau's widow, Gina, who said she hopes the findings help spread awareness of the dangers of brain injuries in contact sports such as football:

"Gina Seau said she and her ex-husband expected physical injuries from playing professional football but never thought 'you're putting your brain and your mental health at a greater risk.'

"Junior Seau, she said, was never formally diagnosed with a concussion but routinely complained of symptoms associated with concussions after receiving hits to the head during games and in practices in 20 seasons in the NFL.

" 'The head-to-head contact, the collisions are just, they're out of control,' Gina Seau said.