Accessibility links
FAA Orders Review Of Boeing 787 Dreamliner : The Two-Way The new, high-tech planes have suffered a series of problems in recent days — from fuel leaks to a fire. Investigators are going to focus on the 787s' electrical systems and manufacturing processes, according to news reports. The planes won't be grounded. Boeing and the FAA say they're safe. 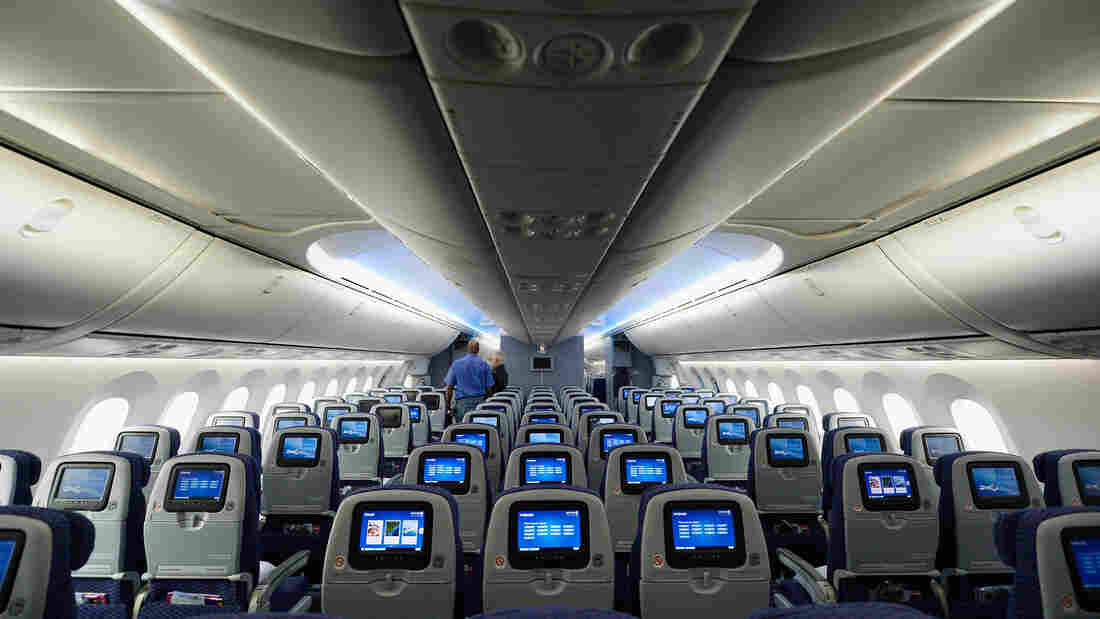 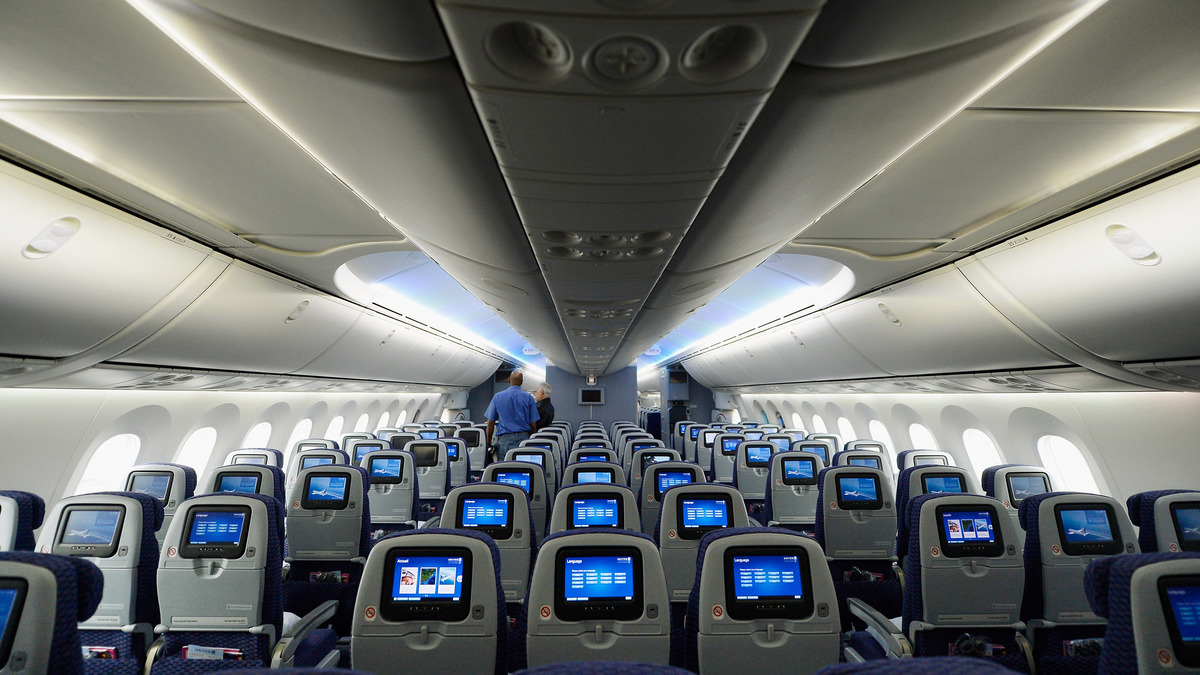 The interior of a United Airlines Boeing 787 Dreamliner.

Saying that "we are confident about the safety of this aircraft, but we are concerned about these incidents," Federal Aviation Administration Administrator Michael Huerta confirmed Friday morning that his agency has ordered a review of Boeing's new 787 Dreamliner after a series of problems in recent days, including fuel leaks and an electrical fire.

The planes are not being grounded. Boeing says it welcomes the review and is confident in the aircraft's safety.

From the Web: A Guardian interactive graphic on the Dreamliner's "faults."

Huerta said there is "nothing in the data that would suggest the airplane is not safe" and that like all modern aircraft, the Dreamliner has "numerous backup systems and redundancies."

"Federal regulators say they are ordering a comprehensive review of the critical systems of Boeing's 787s, the aircraft maker's newest and most technologically advanced plane, after a fire and a fuel leak earlier this week," The Associated Press writes.

Reuters adds that FAA officials will announce the decision at a news conference later this morning, "according to a person familiar with the matter."

According to The Wall Street Journal, "the review won't ground planes or halt production, but the FAA has broad latitude to take action as a result of any findings. That could range from ordering new production procedures to revising designs of some electric components, which potentially could prompt further production delays and additional costs for Boeing."

The news comes as there's word of "another two incidents" aboard Dreamliners. USA Today writes that "on Friday ... an All Nippon Airways aircraft suffered a crack to its windscreen during a flight in Japan and an oil leak was found coming from the engine of a separate plane after it landed at an airport in southern Japan."

The Journal, which broke the news of the FAA review Thursday evening, says the investigation will focus on the plane's "electrical system and quality controls used in the manufacturing process." And, the Journal writes, "the unusual move comes after the agency has spent months monitoring various electrical problems and other operational glitches affecting the planes, according to people familiar with the matter, but was specifically prompted by a battery fire on Monday aboard a Japan Airlines Co. 787 on the ground in Boston."

As the AP has written:

"The new plane is undoubtedly Boeing's most visible. It's built from composites instead of aluminum and comes with the promise of the most comfortable ride in the sky. At $200 million each, 787s are an important part of Boeing's future, even though it will be a while before it makes money on them.

"But this sophisticated piece of transportation wizardry hasn't been behaving as designed. Just this week one caught fire, and another suffered a fuel leak. The 787 was delayed for three years, so Boeing's investors and customers notice each time one has a problem. Boeing asserts such growing pains are typical for new models."

Transportation Secretary Ray LaHood and FAA Administrator Michael Huerta are holding a news conference now to "discuss a comprehensive review of Boeing 787 critical systems, including the design, manufacture and assembly."