Accessibility links
France Claims Gains In Airstrikes Against Mali Islamists : The Two-Way "Stopping the terrorists, that's done," Foreign Minister Laurent Fabius said in an interview Sunday. He also said the three-day-old intervention in Mali was getting support from the U.S. and other countries. 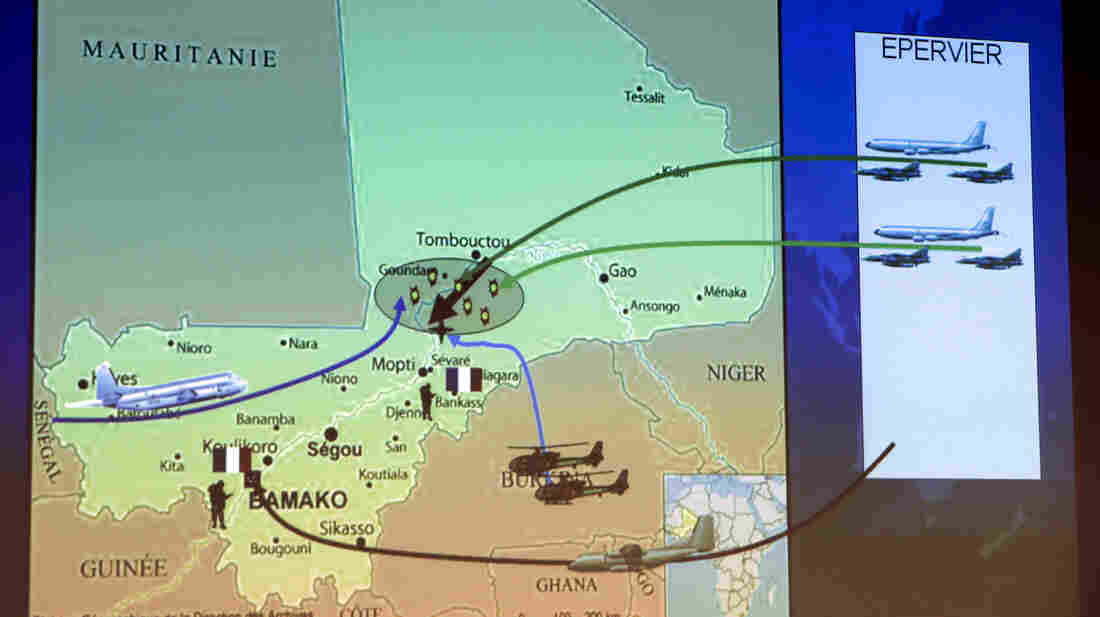 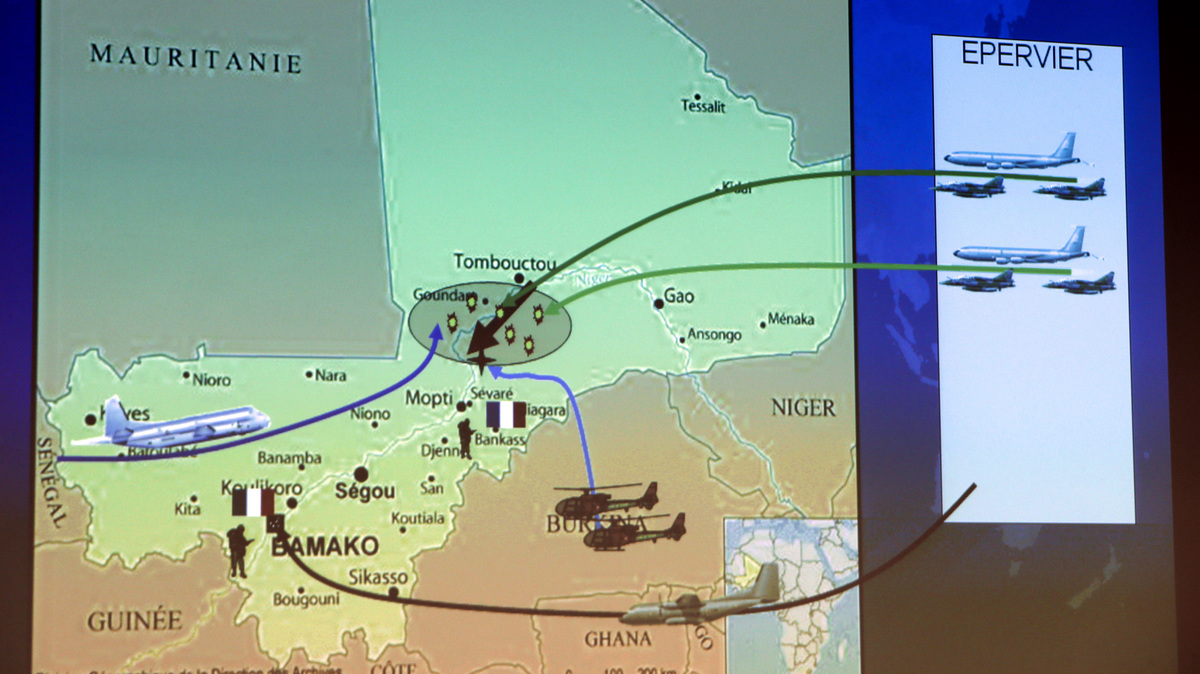 France says its military operations in the African nation of Mali have stopped the advance of Islamist militants.

Without France's intervention, the Islamists would have advanced to Bamako, the Malian capital, he said.

French warplanes on Sunday bombed the town of Gao, in the east of the country. The Associated Press reports that the town's airport and training camps used by al-Qaida-linked rebels were targeted.

"The French-led effort to take back Mali's north from the extremists occupying it has included airstrikes by jets and combat helicopters on at least four northern towns, of which Gao is the largest. Some 400 French troops have been deployed to the country in the all-out effort to win back the territory from the well-armed rebels, who seized control of an area larger than France itself following a coup in Mali nine months ago."

Fabius also said that three-day-old intervention in Mali was getting support from the U.S. and other countries.

"We have the support of the Americans for communications and transport," he said.

Here's more from the BBC about the French intervention in Mali:

"France's decision to intervene in its former colony took many by surprise. A UN-backed international force had not been expected to deploy in the west African state until the autumn.

"The foreign minister made it clear that France was now targeting Islamist bases in the north and said Algeria, which shares a long border with Mali, had given permission for its air space to be used for bombing raids 'without limit.'"

West African nations on Saturday said they would send troops of their own, and work alongside French special forces.