Accessibility links
U.S. Provided 'Technical Assistance' In Botched French Raid, Obama Says : The Two-Way A French soldier and 17 Islamist rebels were killed in the raid to rescue a French hostage in Somalia, who is also believed to have died. The president's acknowledgment of the U.S. role in the raid came the same day as France said the U.S. provided "communications and transport" support for the ongoing French military action against Islamist rebels in Mali. 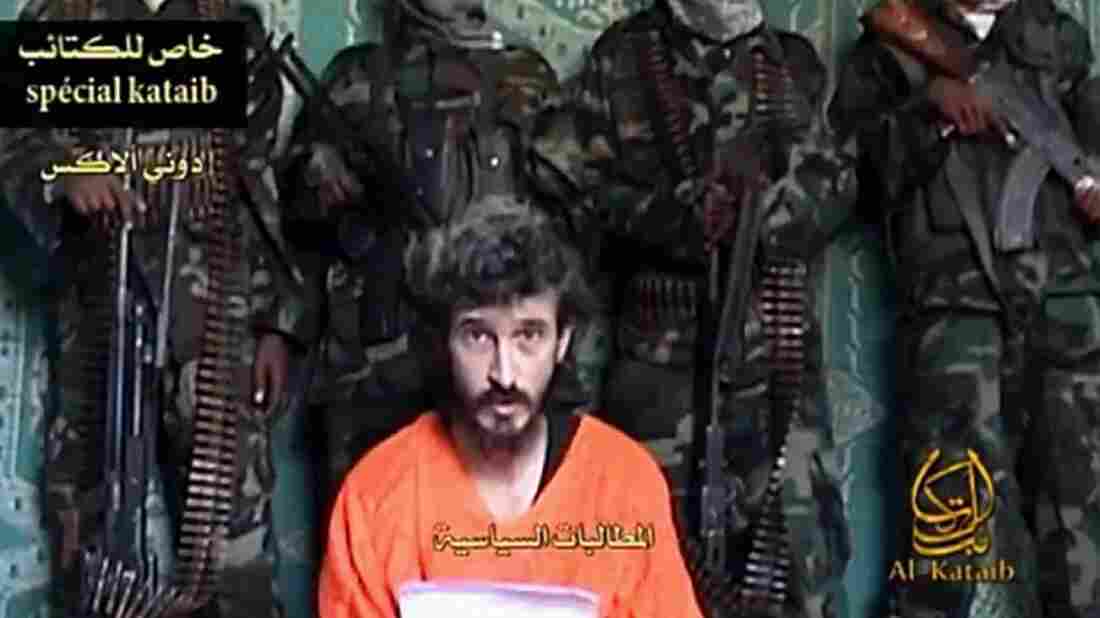 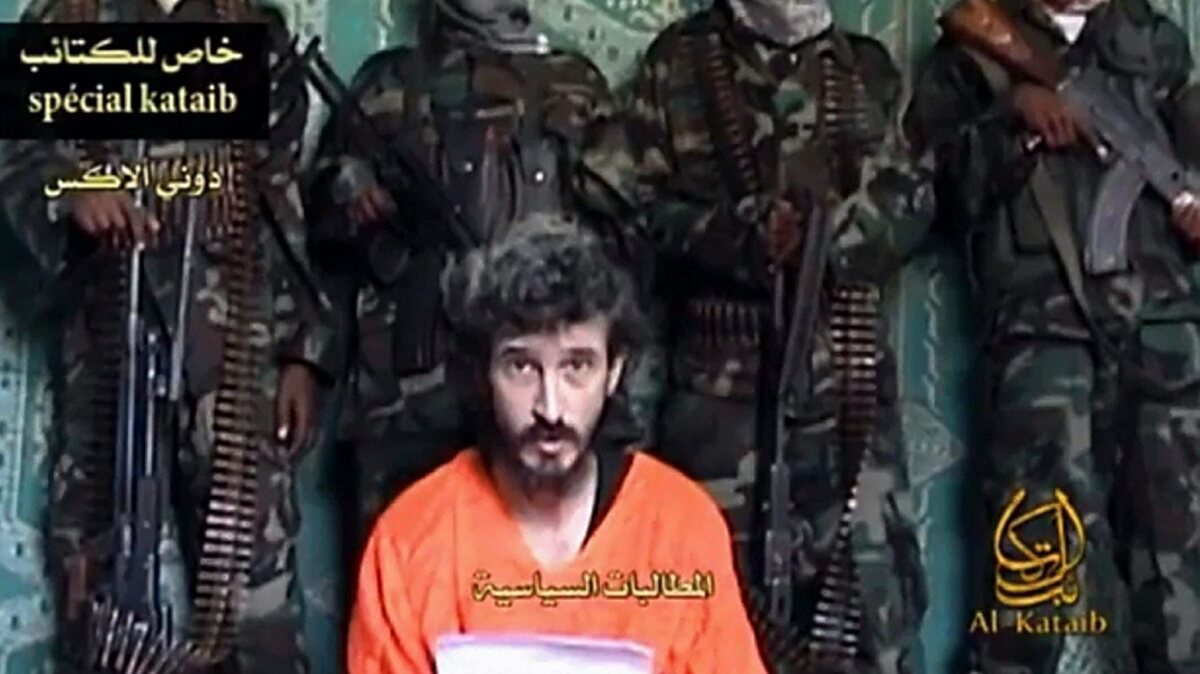 An undated screen image of footage shot by Al-Kataib Media, showing Denis Allex, a French hostage allegedly held by Somali militants, who was reportedly killed during the failed rescue mission.

The U.S. provided "limited technical support" to French troops in their failed bid to rescue a hostage being held by an al-Qaida-linked group in Somalia, President Obama said Sunday in a letter to Congress.

"United States forces provided limited technical support to the French forces in that operation, but took no direct part in the assault on the compound where it was believed the French citizen was being held hostage. United States combat aircraft briefly entered Somali airspace to support the rescue operation, if needed. These aircraft did not employ weapons during the operation. The U.S. forces that supported this operation left Somalia by approximately 8:00 p.m. Eastern Standard Time on January 11, 2013."

As we reported Saturday, French forces conducted the raid Friday night, but a French soldier and 17 Islamist fighters from the al-Shabab movement were killed. The hostage, French intelligence agent Denis Allex, who was held by the group for more than three years, is believed to be dead.

Obama's acknowledgment of the U.S. role in the Somali operation comes the same day as French Foreign Minister Lauren Fabius said in an interview that the U.S. was providing "communications and transport" support for the ongoing French military action against Islamist rebels in Mali. Obama's letter did not address that claim.