Accessibility links
Report: Rape In Syria Is Driving Women To Leave : The Two-Way A new report from the International Rescue Committee finds an increase in violence against women. More than a half-million Syrians have fled their homeland, and there's no prospect of a quick return, the report says.

Report: Rape In Syria Is Driving Women To Leave

Report: Rape In Syria Is Driving Women To Leave 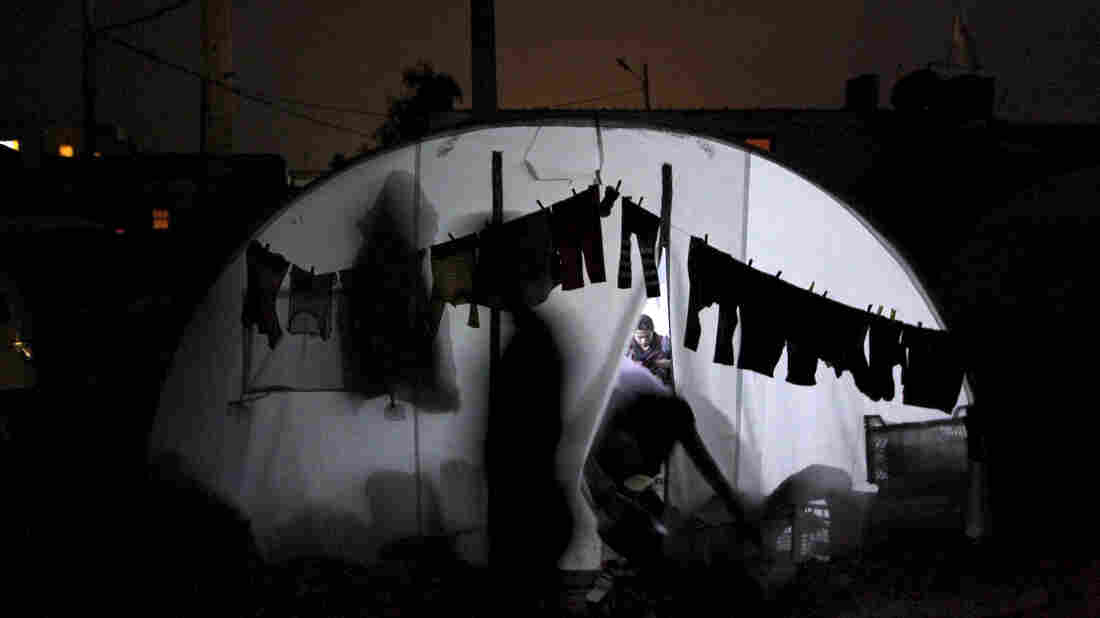 Clothes are hung to dry outside a tent housing Syrian refugees in Bab al-Salam refugee camp in Azaz, near the Syrian-Turkish border, on Sunday. Muzaffar Salman/Reuters/Landov hide caption 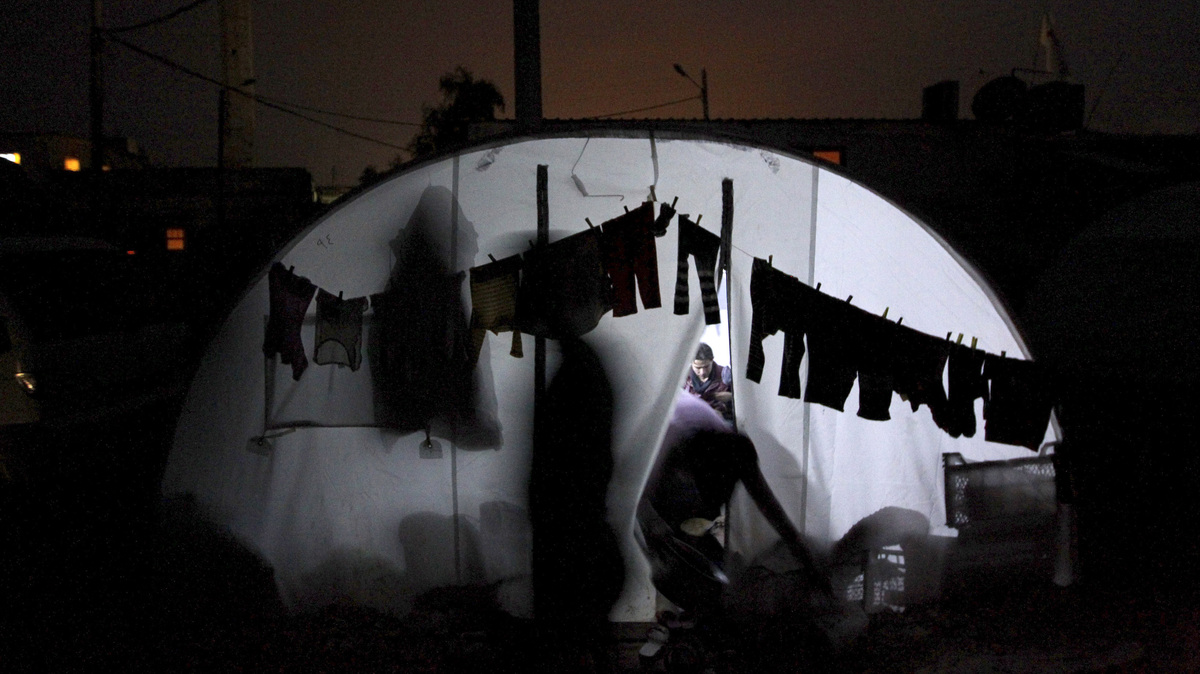 Clothes are hung to dry outside a tent housing Syrian refugees in Bab al-Salam refugee camp in Azaz, near the Syrian-Turkish border, on Sunday.

Rape is forcing increasing numbers of Syrian women and girls to flee their homes, according to a new report by the International Rescue Committee.

Women and girls tell the IRC they were attacked in public and inside their homes, mainly by armed men. For many, the assaults occurred in front of their family members. The IRC says this is forcing increasing numbers of Syrians to flee, becoming refugees in neighboring Lebanon, Turkey, Jordan and Iraq.

You can read the entire report here.

A 28-year-old woman from the southern town of Dara'a, now a refugee in Jordan, told the IRC that her children used to see dead bodies thrown in the garbage pile across the street from her home:

"I told them not to look out the window anymore. It didn't help," she says. "When they raided the house next door, we could hear the rape of my neighbor, my friend. And then they arrested my brother and tortured him for days."

The report doesn't say whether most of the alleged attackers are from the government side or the rebel side.

The IRC warns that so far aid is insufficient to meet the needs of the Syrian humanitarian crisis. The group says these women and girls hardly have access to the bare necessities, let alone counseling services.

There was more violence on Monday. Activists say Syrian warplanes bombed the town of Moadamiyeh, southwest of Damascus, leaving at least 13 people dead, including eight children.

Waseem, a pseudonym for a resident of Moadamiyeh, told NPR he was just 100 yards away when he heard the bombs. He took video of the scene and posted it on YouTube.

We warn readers that the video is graphic and shows one of the dead. It can be viewed here.

The Syrian government has increased attacks on the Damascus suburbs of Daraya and Moadamiyeh in recent days. Both are near a key military airbase and important government buildings.

Waseem says, "The living conditions here are terrible; we've been under siege, no water, no bread, no electricity. No one can leave and no one can enter: complete siege."

The L.A. Times has a good summary of the Daraya violence here.