Accessibility links
Justice Clarence Thomas Speaks, Many Listen; But What Was He Saying? : The Two-Way Did he make a joke about Yale? Was it a sign he's still bitter or growing more comfortable with the fact he went to law school there? And what prompted him to speak into his microphone on the court's bench for the first time in nearly seven years? Court watchers have many theories about four words.

Justice Clarence Thomas Speaks, Many Listen; But What Was He Saying?

Justice Clarence Thomas Speaks, Many Listen; But What Was He Saying?

No one's sure what he meant.

But just the fact that Supreme Court Justice Clarence Thomas was heard saying them Monday is news. After all, the famously silent justice has not asked a question from the High Court's bench since Feb. 22, 2006.

So what prompted him to, according to The New York Times, actually lean forward and speak into his microphone? 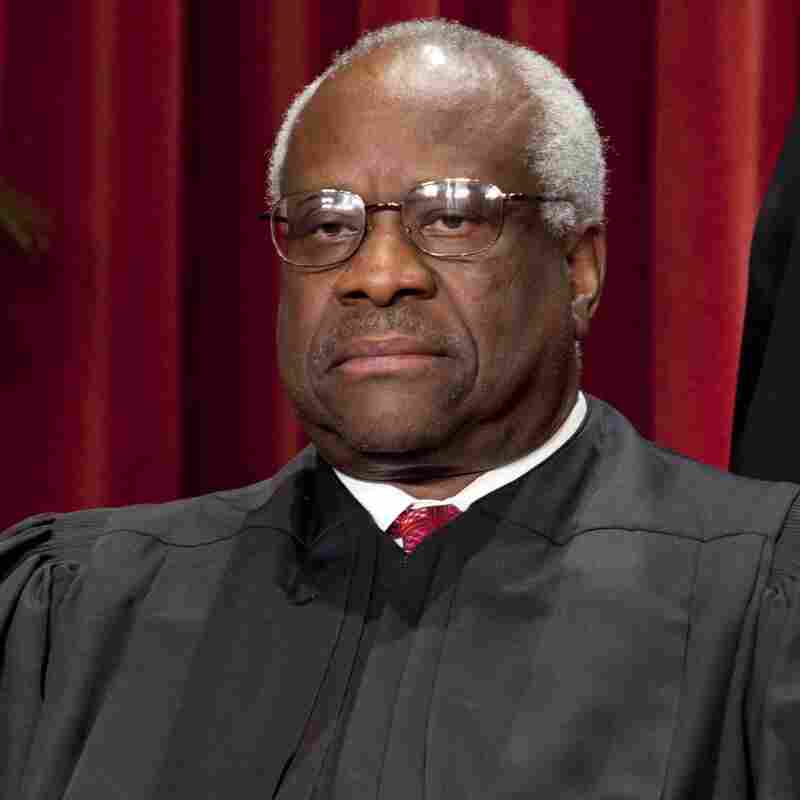 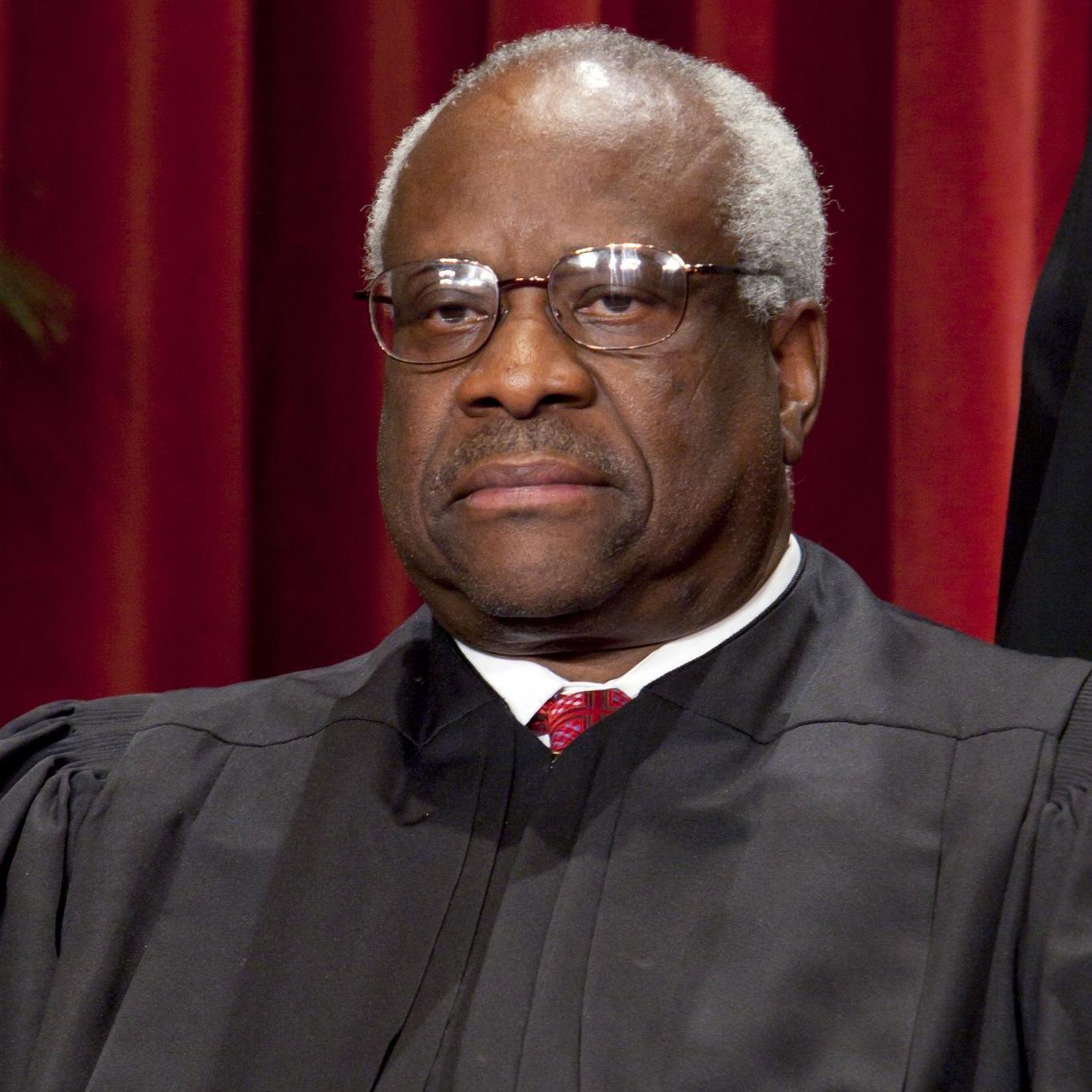 "Most of the Justices were in a lighthearted mood [Monday]. There was a lot of banter between them. At one point, the questioning turned to whether the petitioner — a capital defendant — had 'competent' counsel. Justice [Antonin] Scalia made the rhetorical point that his lawyer was impressive because she had gone to Yale. Chuckling, Justice Thomas interjected (as I heard it, imperfectly) that fact might make the lawyer 'incompetent.' In context, no one could think that the line was a genuine attack on Yale. Justice Thomas is a Yale graduate, and he was making a self-deprecating comment."

The official transcript of the exchange does not include Thomas saying the word "incompetent." It only quotes him as saying "well — he did not --."

Still, even without the word "incompetent," The New Yorker's Jeffrey Toobin thinks that the "gist of Thomas's joke ... appears to be that graduation from Yale is a sign of incompetence." And, Toobin adds:

"If that's what Thomas said — and I bet it was — the wisecrack comes with a long history. For many years, Thomas viewed Yale with undisguised hostility. The gist of his complaint was that he was admitted under an affirmative-action program — and, as a result, suffered from a stigma that tainted his judicial career. 'I couldn't get a job out of Yale Law School,' he told an interviewer in 1998, 'That's how much good it did me. I think I'll send the degree back.' As I noted in The Nine, Thomas had a 'Yale Sucks' bumper sticker on the mantle in his chambers for a time."

SCOTUSBlog's Goldstein, though, thinks Thomas's comment is a sign that the justice is getting more comfortable with his Yale connection:

"I think the psychoanalysis of this one sentence is ridiculous. But if you were trying to divine anything from it, I suppose I'd say it shows the Justice's greater comfort with his relationship with Yale, which is growing both generally and through Professor Akhil Amar individually. In my opinion, the joke was made in the voice of a person who was very comfortable associating himself with the institution."

The Times' Adam Liptak, meanwhile, writes that "the transcript supports the view that Justice Thomas made an actual point" because the "lawyer at the lectern, a Louisiana prosecutor named Carla S. Sigler, responded, 'I would refute that, Justice Thomas,' indicating that he had articulated a proposition capable of refutation." But Liptak also refers to whatever it was Thomas was saying as a joke overall — and "probably evidence of a recent warming trend between Justice Thomas and the law school, from which he graduated in 1974."

Only at the Supreme Court would so few words lead to so much discussion.