Accessibility links
House Approves $50.7B For Sandy Victims : The Two-Way The vote was 241-80; the measure now goes to the Senate, which is expected to take it up next week. Tuesday's vote came after outrage earlier this month over a delayed vote on aid for those affected by last fall's superstorm.

House Approves $50.7B For Sandy Victims

House Approves $50.7B For Sandy Victims 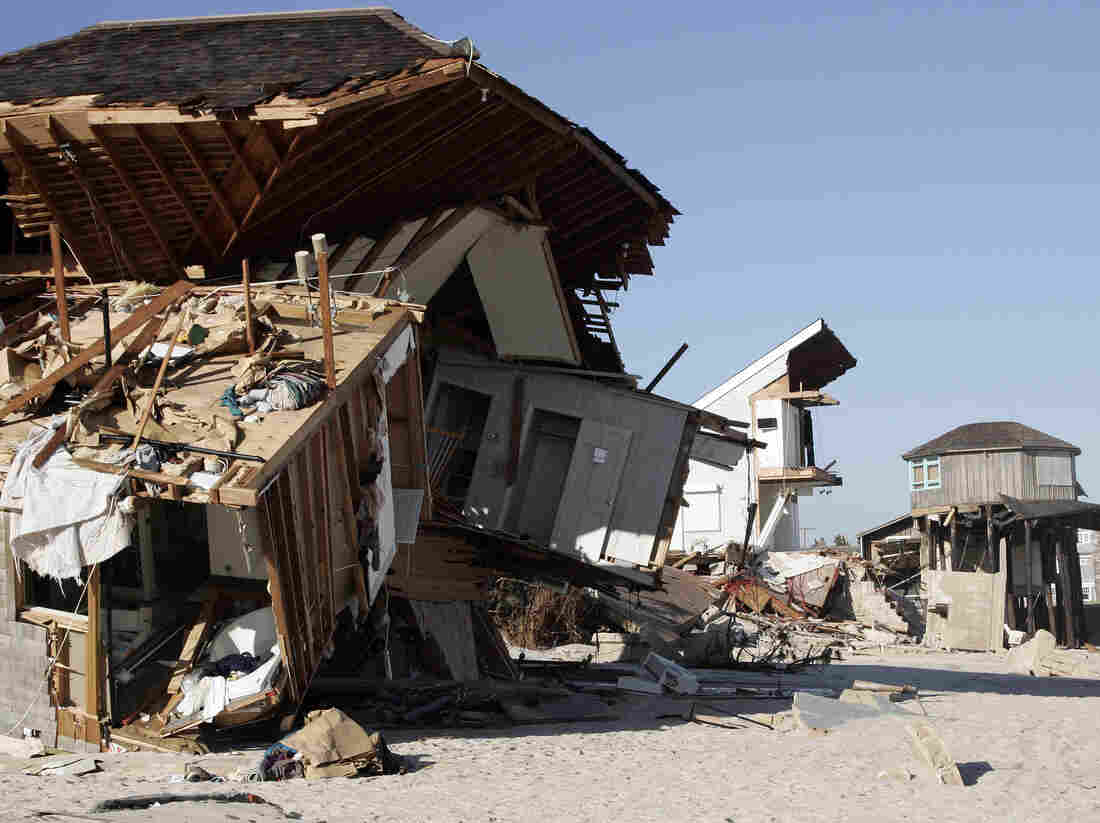 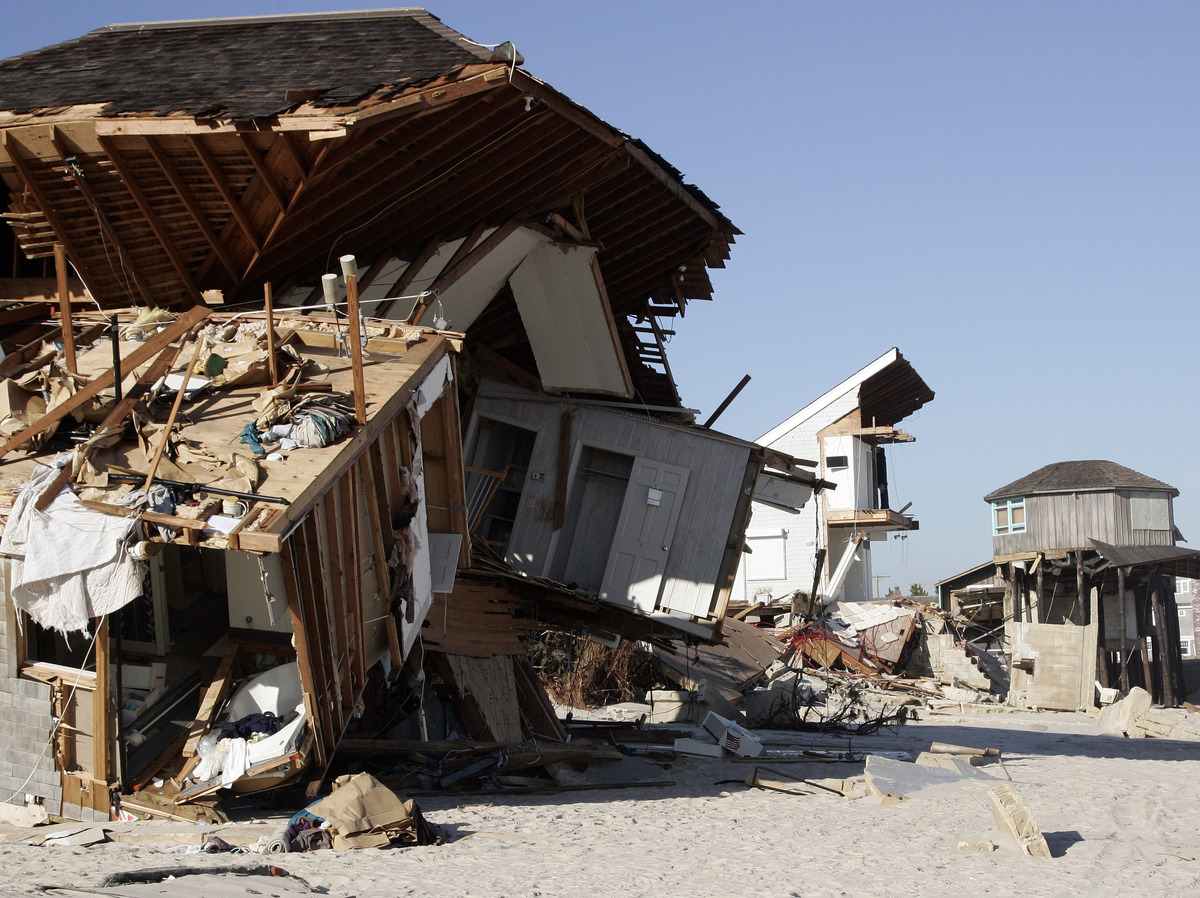 Shattered homes lined the beach front in Mantoloking, N.J., after Sandy tore through. The superstorm caused billions of dollars in damage to New Jersey, New York and surrounding states.

The U.S. House of Representatives voted Tuesday to approve $50.7 billion in aid for victims of Superstorm Sandy.

The vote was 241-80; the measure now goes to the Senate, which is expected to take it up next week.

"Northeast lawmakers from both parties have been pressing for the aid for more than two months.

"The Oct. 29 storm is blamed for 140 deaths and pounded the Atlantic coast from North Carolina to Maine with hurricane-force winds and coastal flooding. New York, New Jersey and Connecticut were the hardest hit."

The "bipartisan outrage" of earlier this month over a delayed vote on aid for those whose homes and businesses were destroyed by last fall's Superstorm Sandy led House Speaker John Boehner to agree on a plan to pass the package in two chunks.

Chunk one, worth about $9.7 billion, was OK'd by the House and signed into law by President Obama on Jan. 6.

Today, the much larger second chunk is before the House. But if you thought there wouldn't be any debate, think again. Lawmakers will be considering "16 new amendments to two separate spending bills, with a litany of revisions and details, determining the way a possible $50 billion in Hurricane Sandy money could be spent — or not spent," as New Jersey's Star-Ledger writes.

As our colleague Alan Greenblatt writes, the package is expected to pass today. For most lawmakers, he reports, "it's proven to be too politically dicey to vote against assistance for regions devastated by disaster."

But, as we said, there will be debate. Time magazine's Swampland blog notes that the legislation is:

"A case study in how an unassailable cause can be overshadowed by the competing priorities and pet projects of 535 fractious lawmakers. In the two years since the House ban on earmarks was enacted, the cost of spending projects steered to specific districts has plummeted, but lawmakers have mastered tricks to preserve pork barrel spending, including the stealth art of tucking extraneous provisions into emergency legislation. The practice was exemplified by the fiscal cliff deal shoehorned through Congress on New Year's Day, which preserved a bundle of expiring corporate tax credits and subsidies for Nascar racetracks, rum distillers, algae growers and Hollywood producers.

"The $60 billion Sandy aid package that passed the Senate on Dec. 29 faced similar criticism. The bill contained billions unrelated to the damage wrought by the hurricane, according to an analysis by the independent watchdog group Taxpayers for Common Sense, including provisions like $150 million for fisheries as far away as Alaska or $821 million for harbor dredging that could benefit Mississippi River towns like St. Louis."

We'll watch to see how the debate goes and what happens when a final vote, presumably, is taken tonight.