Accessibility links
Interior Sec. Salazar Is Latest Member Of Cabinet To Announce Departure : The Two-Way He joins others who are leaving the Obama administration as the president begins his second term, including Secretary of State Hillary Clinton, Defense Secretary Leon Panetta and Treasury Secretary Timothy Geithner. 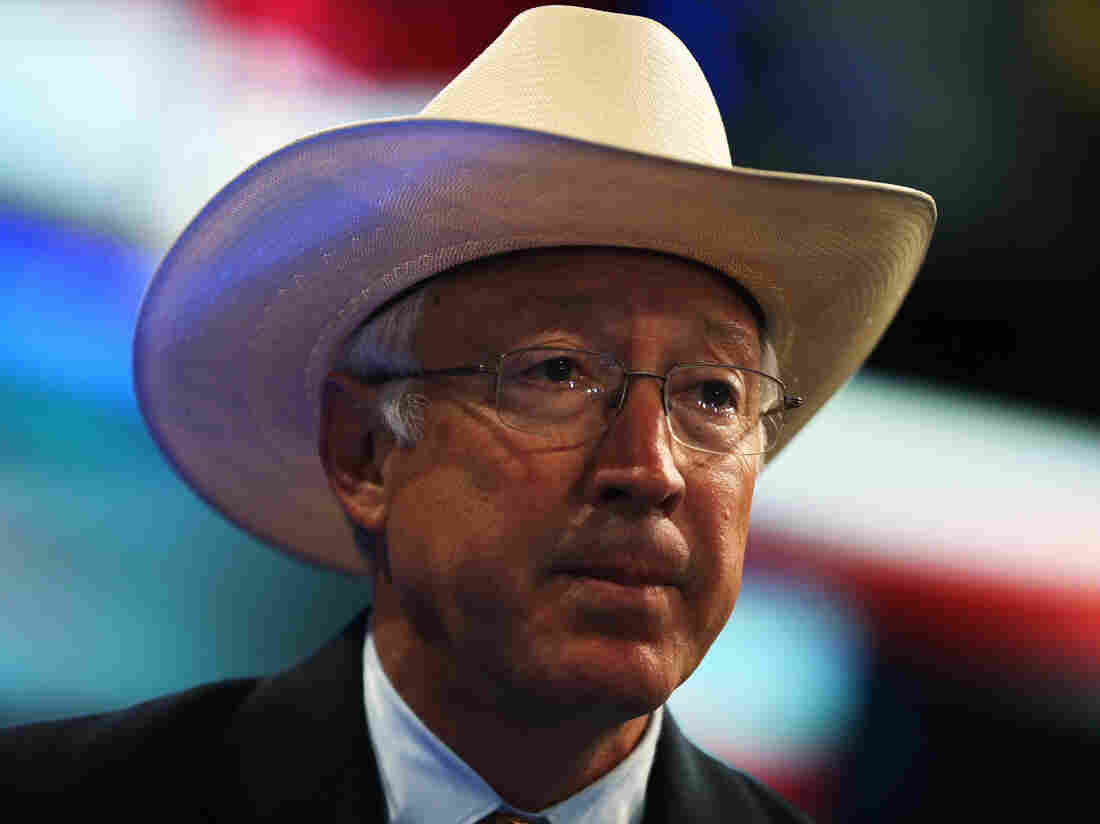 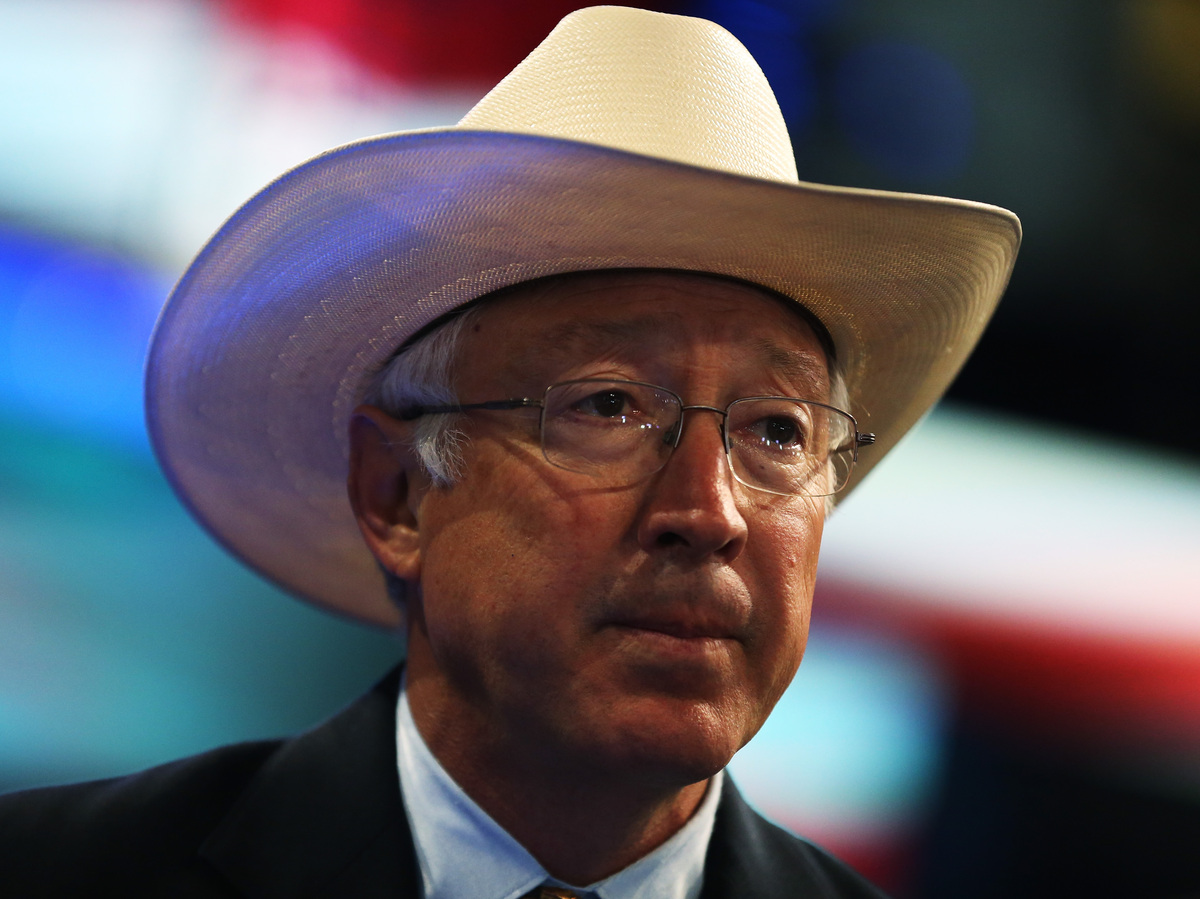 Interior Secretary Ken Salazar intends to step down at the end of March, his office confirms to NPR's Jeff Brady.

Word of Salazar's plan broke over night. According to The Denver Post, the former senator from Colorado intends to "return to Colorado to spend time with his family."

"Salazar has said in his four years he is most proud of improving the relationship the federal government has with American Indians, cleaning up the oil and gas program after former departments were plagued with scandal and nepotism, and broadening a clean energy agenda.

"He has also dealt with several natural and environmental disasters, including the explosion of a BP-operated deep water oil well, Deepwater Horizon, in the Gulf of Mexico in April 2010. ...

"In his push to grow regulations for domestic energy production on federal lands — particularly post Deepwater Horizon — he often tangled with House Republicans, many of whom have called him one of the worst Interior secretaries in the history of the United States."

It's not unusual for administration officials who have spent one term with a president to leave at the start of the president's second term. Others in the Obama administration who are departing (and their likely successors, if they've been nominated):

Among those who are set to stay on:

NPR's Jeff Brady adds this in a report for our Newscast Desk:

"Salazar's department manages more than 500 million acres of public land — mostly in the West. The department also manages offshore oil and gas leases. After the 2010 BP explosion and oil spill in the Gulf of Mexico, Salazar told CNN that it was his department's responsibility to 'basically ... keep the boot on the neck of British Petroleum to carry out the responsibilities that they have both under the law and contractually to move forward and to stop this spill.' Comments such as that, along with a moratorium on drilling in the Gulf, prompted much criticism from the oil industry and its allies."