Accessibility links
Americans Said To Be Among Hostages Seized By Militants In Algeria : The Two-Way The State Department said Americans are reported to be among the hostages taken by militants at an Algerian gas plant. The total number of hostages is unclear, as are the number of Americans. The attack is seen as retaliation against France's intervention against Islamists in neighboring Mali.

Americans Said To Be Among Hostages Seized By Militants In Algeria

Americans Said To Be Among Hostages Seized By Militants In Algeria 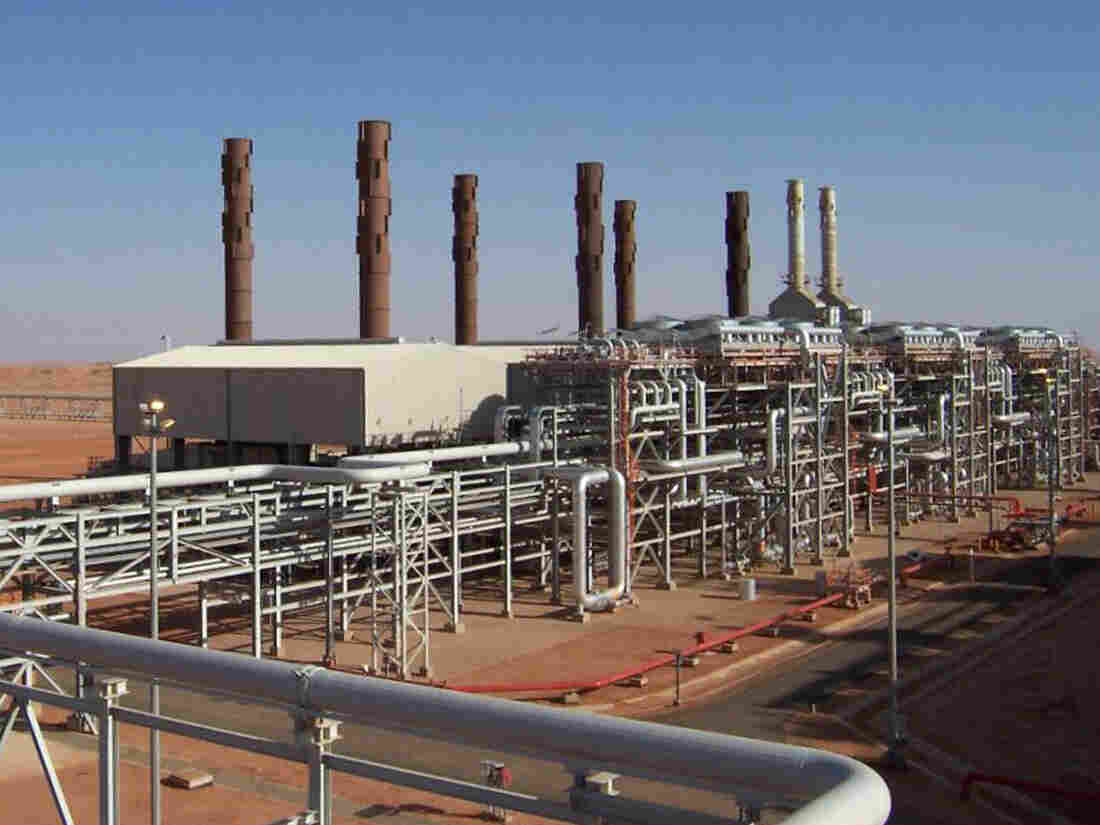 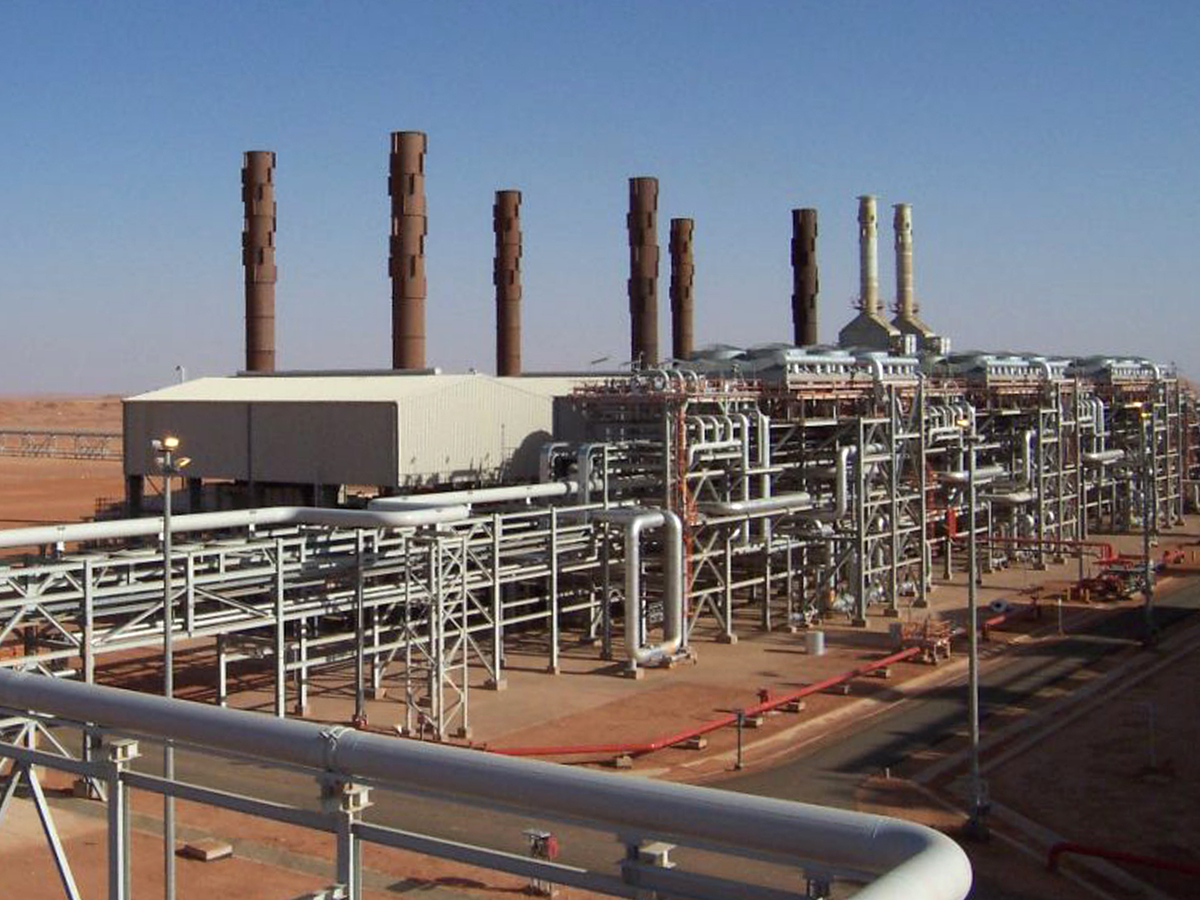 Militants seized dozens of hostages, apparently including Americans as we reported earlier, in a deadly raid on an Algerian gas facility Wednesday.

As State Department spokeswoman Victoria Nuland said earlier: "The best information we have at this time is that U.S. citizens are among the hostages."

Now, more is becoming known about what happened in the Algerian gas field, and about some of the hostages.

The militant group that claimed responsibility for the attack said there were 41 foreign hostages, including seven Americans. Two people — a Briton and an Algerian — were killed in the raid on the In Amenas gas field, some 1,300 miles from the Algerian capital, Algiers, and near the country's border with Libya. A Norwegian and two other Britons were among the wounded, news reports say.

Katibat Moulathamine (Masked Brigade), the group that claimed responsibility for the attacks, told a Mauritanian news agency that the raid was in response to Algeria's support of France's military operation in neighboring Mali.

Algerian Interior Minister Daho Ould Kabila said the militants want to leave the country with the hostages. Kabila rules that out, adding that his country won't negotiate with the gunmen. Speaking on national television, he put the number of hostages at 20. He said the gunmen were from Algeria and were taking orders from Moktar Belmoktar, a militant with links to al-Qaida.

Here's more from the BBC:

"At a news conference on Wednesday evening, Mr. Kabila said a heavily armed "terrorist group" using three vehicles had attacked a bus carrying workers from In Amenas at about 05:00 (04:00 GMT).

"The attackers was repelled by police who had been escorting the bus, but a Briton and an Algerian national had been killed, he said. Two other British nationals, a Norwegian, two police officers and a security guard were also hurt in the firefight, he added.

"Afterwards, the militants drove to the gas facility's living quarters and took a number of Algerian and foreign workers hostage. They were being held in one wing of the living quarters, which the security services and army had now surrounded, Mr. Kabila said."

The identities of the hostages are unknown, but Ireland announced that a 36-year-old male citizen of the country was among those seized. British and Japanese citizens were also involved, the two countries said. The Associated Press reported that a Norwegian woman said her husband had called to tell her that he'd been taken hostage.

Statoil said 17 of its employees were involved, 13 of them Norwegian. Five of the 17 were "brought to safety in a military camp in the area," said Lars Christian Bacher, an executive vice president at the company. Four of the five are Norwegian, and one is Canadian.

Algeria's state-run news agency reported that Algerian workers at the plant were also taken hostage, but were later released unharmed.

Here's more from the AP about Katibat Moulathamine (Masked Brigade), the group that claimed responsibility:

"The Masked Brigade was formed by Belmoktar, a one-eyed Algerian who recently declared he was leaving the terror network's Algerian branch, Al-Qaida in the Islamic Maghreb, to create his own group. He said at the time he would still maintain ties with the central organization based in Afghanistan and Pakistan.

"The name of his group could be a reference to the nomadic Tuareg inhabitants of the Sahara, known for masking their faces with blue veils.

"A close associate of Belmoktar blamed the West for France's recent air and ground intervention against Islamist fighters in Mali."

The standoff draws attention to Algeria's role in France's offensive against rebels in Mali. Al-Jazeera provides the background:

"France launched a major offensive against the rebel group Ansar al-Dine in Mali on January 11 to prevent them from advancing on the capital, Bamako.

"Algeria announced on Tuesday that it had closed its border with Mali, but the 2,000km desert frontier is almost impossible to seal.

"Algeria had long warned against military intervention against the rebels, fearing the violence could spill over the border.

Algeria's economy is heavily reliant on hydrocarbons. The country is a member of the Organization of Petroleum Exporting Countries. According to the U.S. Energy Information Administration, Algeria was the No. 4 oil producer in Africa in 2010, and the world's eighth-largest producer of natural gas that same year.

News reports say Algerian troops have surrounded the natural gas complex, and military helicopters are overhead. The AP says the militants appear to have no escape.