Accessibility links
Manti Te'o: Story Attributed To Parents Hard To Reconcile With Hoax Report : The Two-Way Notre Dame says its football star was the victim of an elaborate hoax and that he never actually met the "girlfriend" who supposedly died last year. But an Indiana newspaper says it has a recording of an earlier interview with Te'o's parents in which they talked about how their son met the woman. 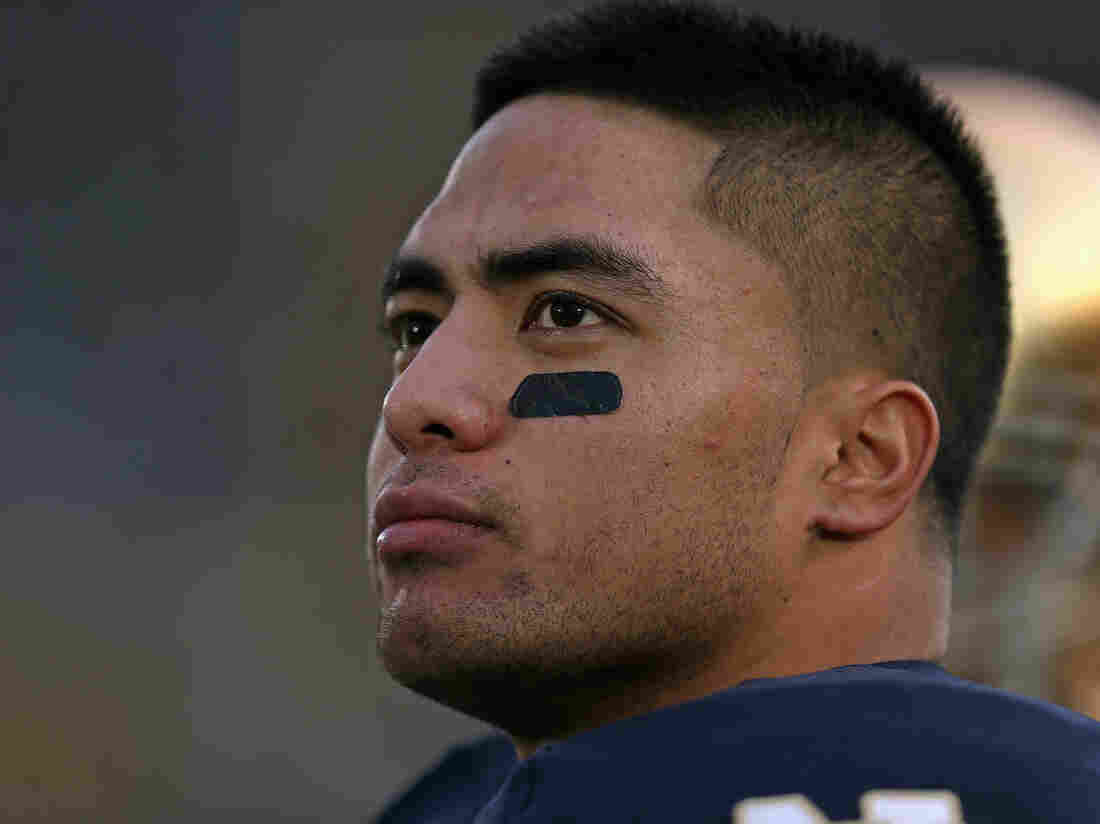 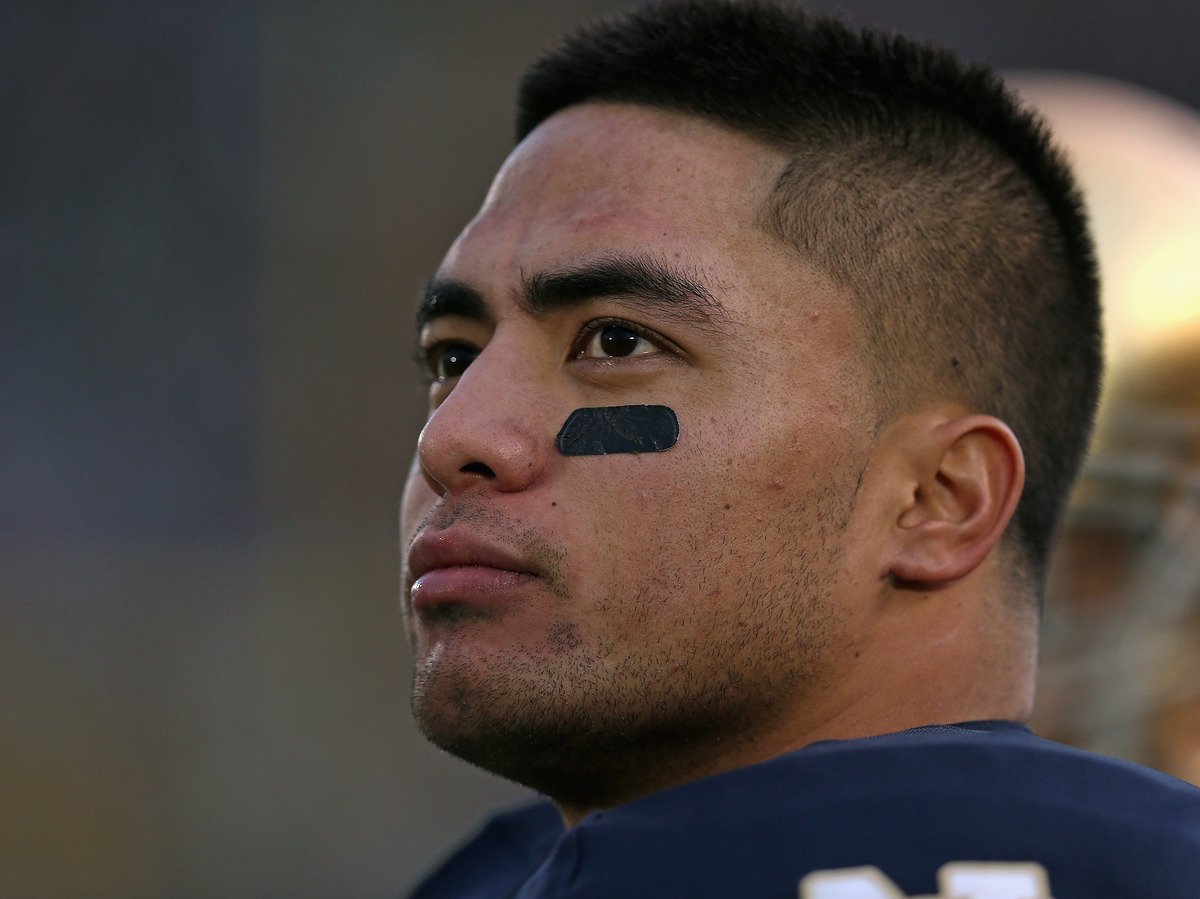 If you're trying to make sense of the news that Notre Dame football star Manti Te'o now says he was the victim of a hoax and that the woman he thought was his "girlfriend" never existed and never died, you'll want to read an Oct. 12 story published by the South Bend Tribune.

The newspaper tells readers today that the earlier story was based in large part on "a taped interview on Oct. 10 with Te'o's parents, Brian and Ottilia, Te'o's father said the initial meeting between Manti and [the girlfriend] came in person in late November 2009, when Notre Dame played Stanford in Palo, Alto, Calif. The detail included the touching of hands and the fact Manti thought she was cute."

The young woman who Te'o had said was his girlfriend, and who he said he had been told died last September, was supposedly named Lennay Kekua. Te'o now says, according to Notre Dame Vice President Jack Swarbrick, that it "was exclusively an online relationship."

Swarbrick was asked Wednesday if it is his understanding "that Manti and this woman have never physically met face to face?" His response: "correct."

But here's what the Tribune, based on its interview with Te'o's parents, wrote in October about how Te'o met "Kekua":

"Lennay Kekua was a Stanford student and Cardinal football fan when the two exchanged glances, handshakes and phone numbers that fateful weekend three seasons ago.

"She was gifted in music, multi-lingual, had dreams grounded in reality and the talent to catch up to them.

"The plan was for Kekua to spend extensive time with the whole Te'o family when upwards of 40 of them came to South Bend in mid-November for ND's Senior Day date with Wake Forest.

" 'They started out as just friends,' Brian Te'o said. 'Every once in a while, she would travel to Hawaii, and that happened to be the time Manti was home, so he would meet with her there. But within the last year, they became a couple.

" 'And we came to the realization that she could be our daughter-in-law. Sadly, it won't happen now.' "

Obviously, many questions remain about where the story of that meeting at Stanford actually came from.

And many questions remain about why Te'o told ESPN that Kekua was "the most beautiful girl I've ever met."

The reason the news that Te'o may be the victim of a hoax has captured so much attention is that last fall, when there were reports that both his grandmother and his girlfriend had died within hours of each other, the Heisman Trophy contender was embraced by both Notre Dame fans and many others across the nation.

"The weekend after Kekua had supposedly died, when the Fighting Irish played Michigan State, he totaled 12 tackles in a 20-3 win.

"When the Irish returned to South Bend after the game, fans and members of the Notre Dame community embraced Te'o, chanting his name and, in an ode to his jersey number, raising five fingers in the air during a pre-game pep rally the following Friday night."

Te'o, as we reported Wednesday night, has issued a statement saying he was " the victim of what was apparently someone's sick joke and constant lies was, and is, painful and humiliating."

Deadspin broke the news about the supposed hoax.