Accessibility links
Petraeus Affair: Jill Kelley Says She And Paula Broadwell Weren't 'Romantic Rivals' : The Two-Way When the FBI looked into threatening emails Kelley had received, the investigation led to the uncovering of then-CIA Director Petraeus' affair with Broadwell. Kelley has now spoken publicly for the first time, to The Daily Beast. 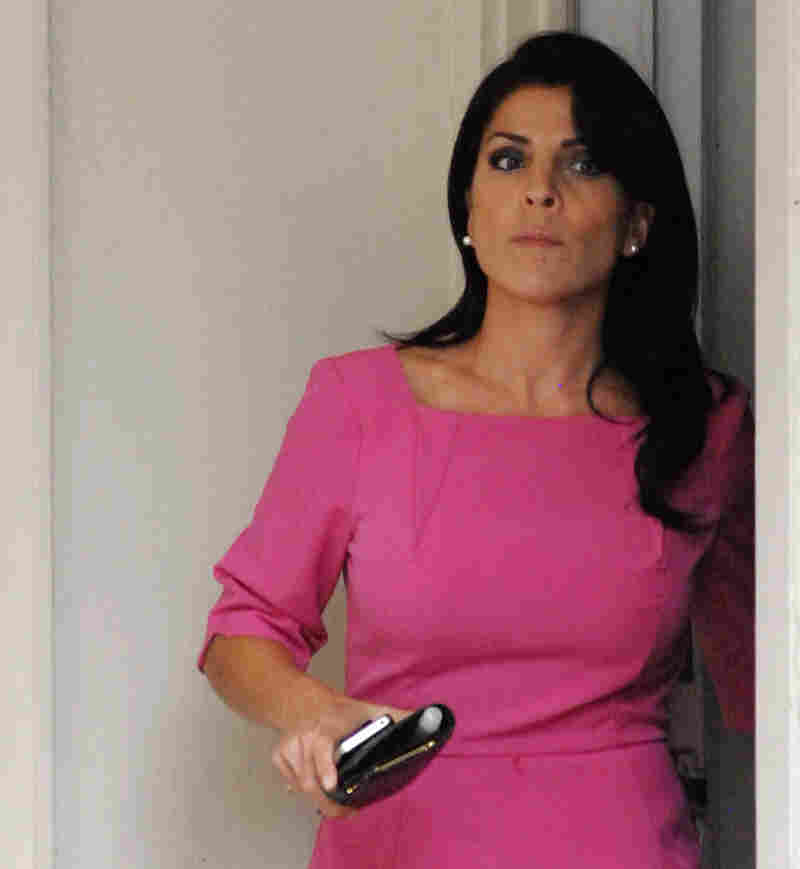 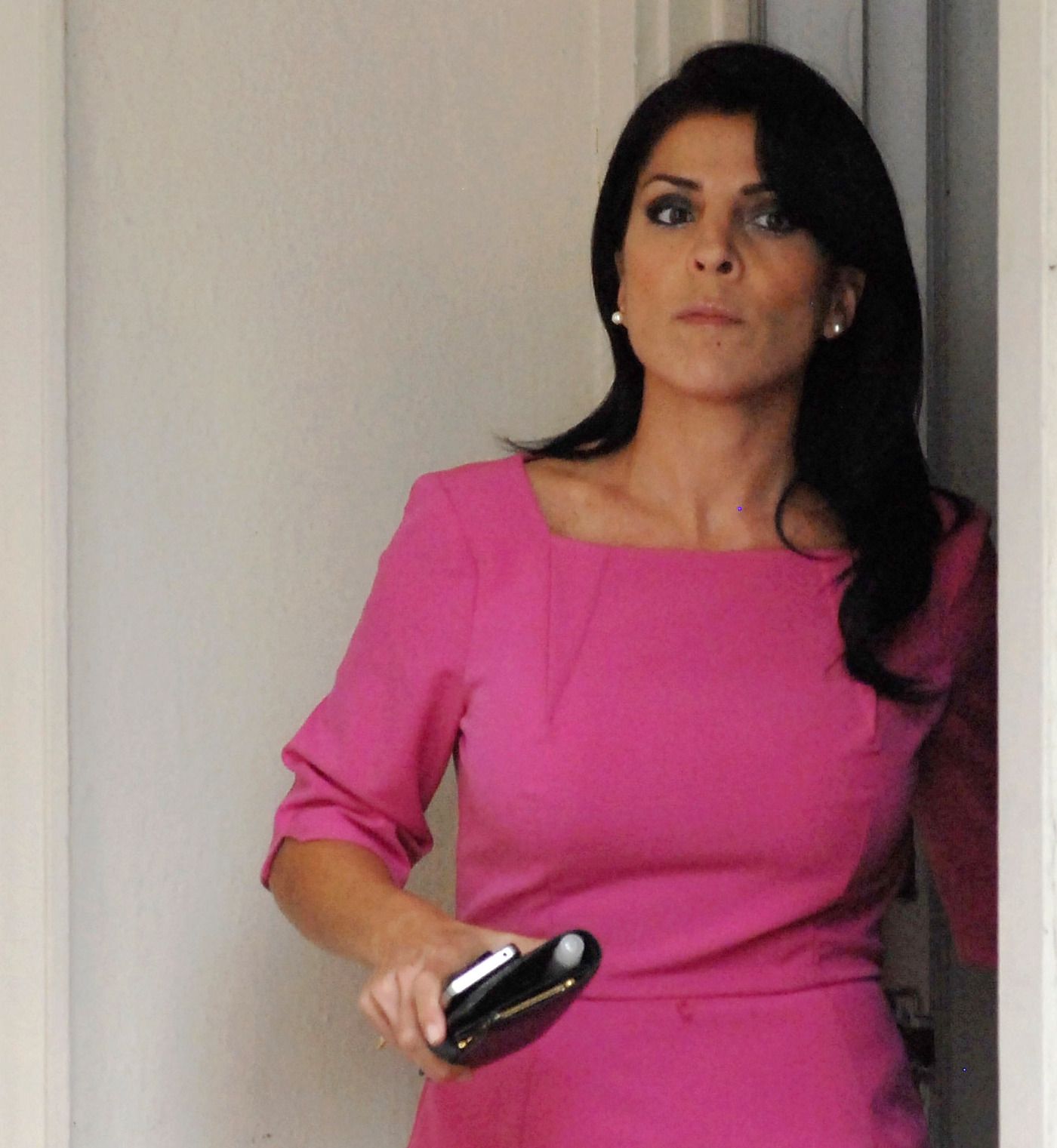 Jill Kelley outside her home in Tampa last November.

We're hearing for the first time today from one of the people caught up in the story that led to retired Gen. David Petraeus' resignation from the post of CIA director last November.

Jill Kelley, the Florida woman who got what she felt were threatening emails from Petraeus biographer Paula Broadwell — emails that led to an FBI investigation that exposed Petraeus' affair with Broadwell — has spoken with The Daily Beast's Howard Kurtz. Among the bits of news in Kurtz's account of their conversation:

"Contradicting virtually every published account of the saga, Kelley indicates that the anonymous emails did not warn her to stay away from Petraeus, as is commonly assumed. And yet the press depicted the two of them as 'romantic rivals. Think how bizarre that is,' Kelley says."

The ripple effects of the Petraeus affair also touched Gen. John Allen, commander of U.S. and NATO forces in Afghanistan, when it was reported that he and Kelley had been in frequent contact. Kurtz writes that:

"Kelley, 37, would find herself the subject of fevered speculation that she was carrying on with [Allen] ... which she flatly denies. Allen also has denied wrongdoing. Kelley bristles at those eye-catching media reports that she and Allen exchanged as many as 30,000 emails, calling the figure 'outrageous.' While Kelley will not provide an estimate, she says she believes the emails totaled in the hundreds."

There's much more from Kelley in Kurtz's report. And there's this, from Clinton-era White House spokeswoman Dee Dee Myers, who represents Broadwell:

"The Justice Department thoroughly looked at [the emails] and declined to prosecute." That decision, says Myers, "makes a pretty bold statement about the content of the emails. ... People can make their own judgments based on that."