Accessibility links
In Syria, Two Opponents Of The Regime Fight Each Other : The Two-Way In a border town in northeast Syria, the most recent fighting has involved a leading rebel group and a Kurdish militia. Both oppose President Bashar Assad's government, but they are deeply suspicious of one another.

In Syria, Two Opponents Of The Regime Fight Each Other

In Syria, Two Opponents Of The Regime Fight Each Other 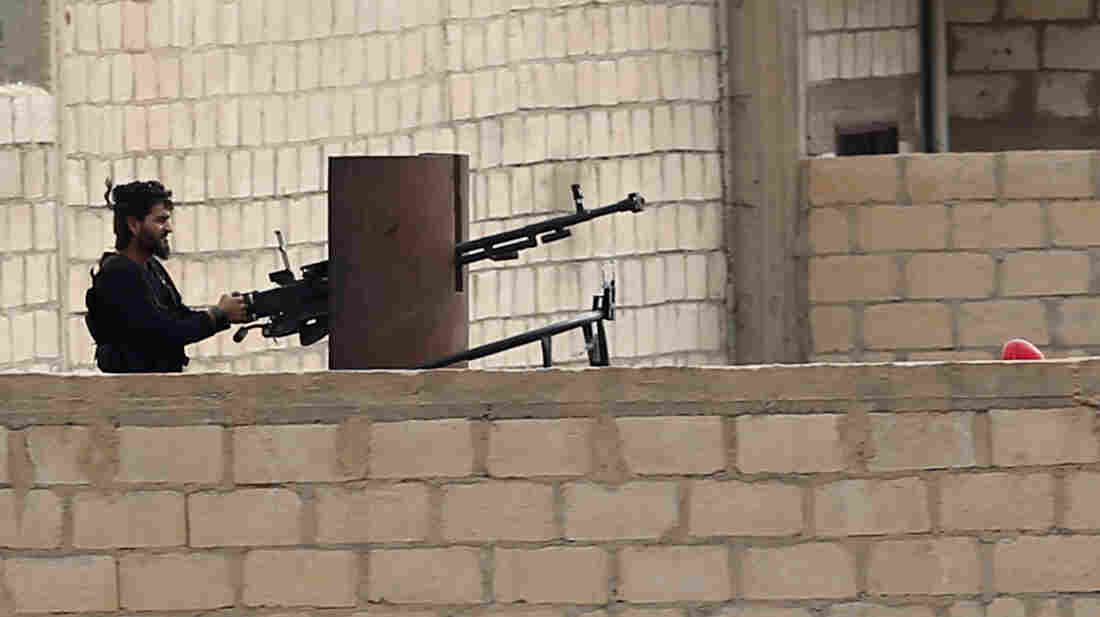 A Syrian rebel fighter in the northeastern Syrian border town of Ras al-Ayn on Nov. 11. The rebels and a Kurdish militia in the town both oppose President Bashar Assad's regime, but they have been fighting each other in recent days. Murad Seezer/Reuters/Landov hide caption 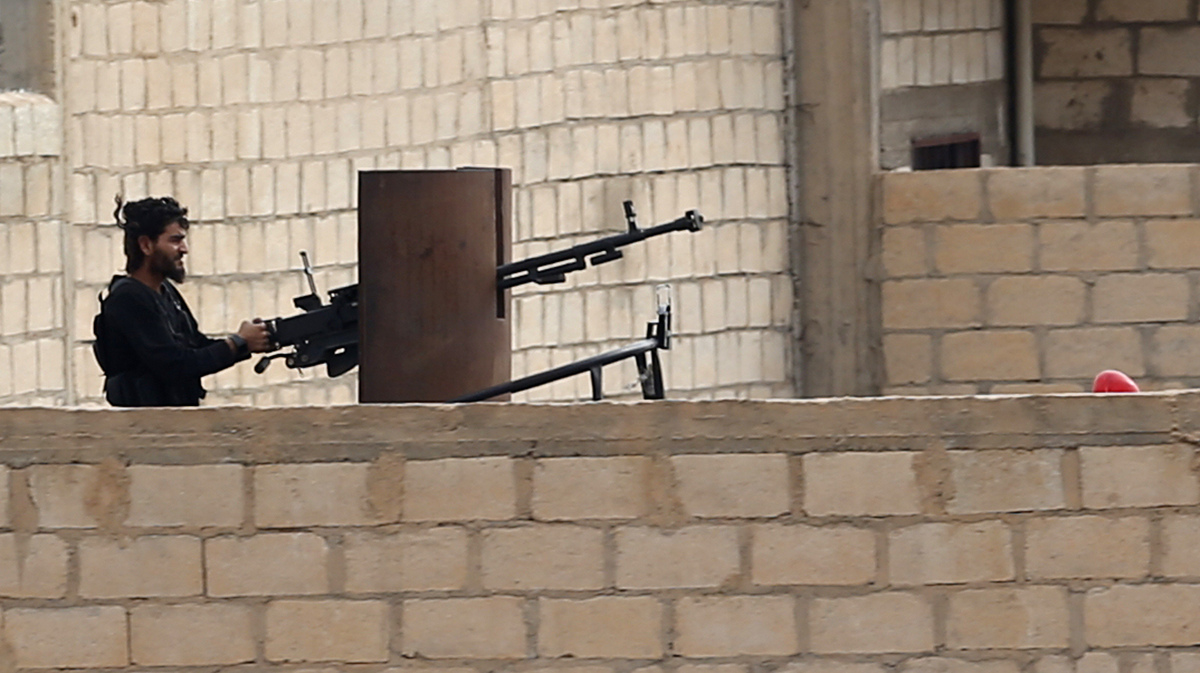 A Syrian rebel fighter in the northeastern Syrian border town of Ras al-Ayn on Nov. 11. The rebels and a Kurdish militia in the town both oppose President Bashar Assad's regime, but they have been fighting each other in recent days.

In a small border town in northern Syria, there are two groups that both oppose President Bashar Assad's regime. But instead of working in tandem, the Syrian rebels and a Kurdish militia have been battling each other in the town of Ras al-Ayn.

Sally Ali, a 26-year-old resident of Ras al-Ayn, told NPR by phone that the streets are completely empty. "It's a ghost town," she says.

She estimates about half of the town's residents fled to nearby villages; the other half are trapped in their homes by the ongoing violence.

The Kurdish militia is known as the Kurdish Democratic Union Party, or PYD, and it has exercised almost complete control in Ras al-Ayn since government troops withdrew last July.

However, the rebels of the Free Syrian Army are eager to capture the strategically important border town and are suspicious that the PYD made a deal with Assad's government to facilitate its withdrawal.

As we reported back in November, there were tensions and clashes as the rebels moved in. Eventually a truce calmed things down, but beneath the surface, those tensions simmered.

Last week, fighting flared up again. Activists say the Free Syrian Army is launching mortars and using tanks to fire into civilian areas, and more than 50 people have been killed.

Kaniwar, who wouldn't give his last name for safety concerns, is a Syrian Kurd from Ras al-Ayn. He spoke to NPR by phone from the nearby village he fled to after the fighting intensified.

"I'm shocked. I'm shocked by FSA's behavior. ... We thought it is a national army, defending our homeland, not shelling civilians." he says.

Kainwar, 28, was a hairdresser before the uprising began in March 2011. He says that in the early months of the uprising he was with the opposition, marching alongside Arab Syrians in peaceful protest. But now, he has lost faith.

"I think we are all stunned," Ali says. She too once supported the FSA rebels, but not anymore. "It's obvious that the FSA is helping create conflict between Arabs and Kurds."

Maria Fantappie, a researcher with the International Crisis Group, says, "Syria's Kurds are fighting for their rights within the larger struggle of all Syrian people."

Fantappie, who contributed to a recent report on Syria's Kurds, says they have often faced discrimination and been denied citizenship under Assad's rule. So when the uprising began, many Kurds saw it as an opportunity to carve out more autonomy for themselves.

Fantappie says that at the moment the conflict is a political one, mainly between the PYD militia and the FSA rebels, and not between Kurds and Arabs. But, she warns, it has the potential to mutate into ethnic strife.

"What is dangerous and what is my fear, is that this one development in Ras al-Ayn will trigger hostility between the Kurdish population and the rest of the country." Fantappie pauses and adds: "This is really the danger."

Rima Marrouch contributed to this report