Accessibility links
Combat? Reaction Of Many Women In Military Is 'Been There, Done That' : The Two-Way Defense Secretary Leon Panetta made the historic announcement Thursday afternoon. The reality, though, is that women in the U.S. military have been in harm's way in recent years. Women veterans of the wars in Iraq and Afghanistan can speak to that. Still, the lifting of the ban will open up jobs. 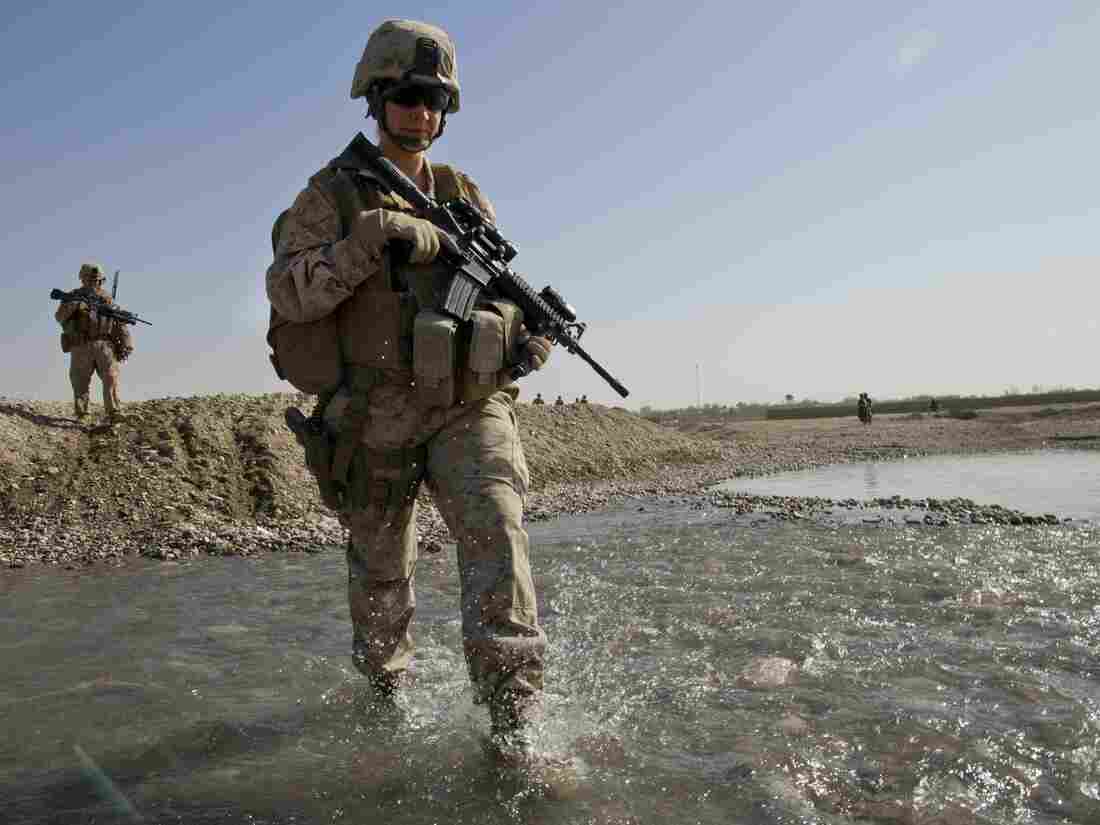 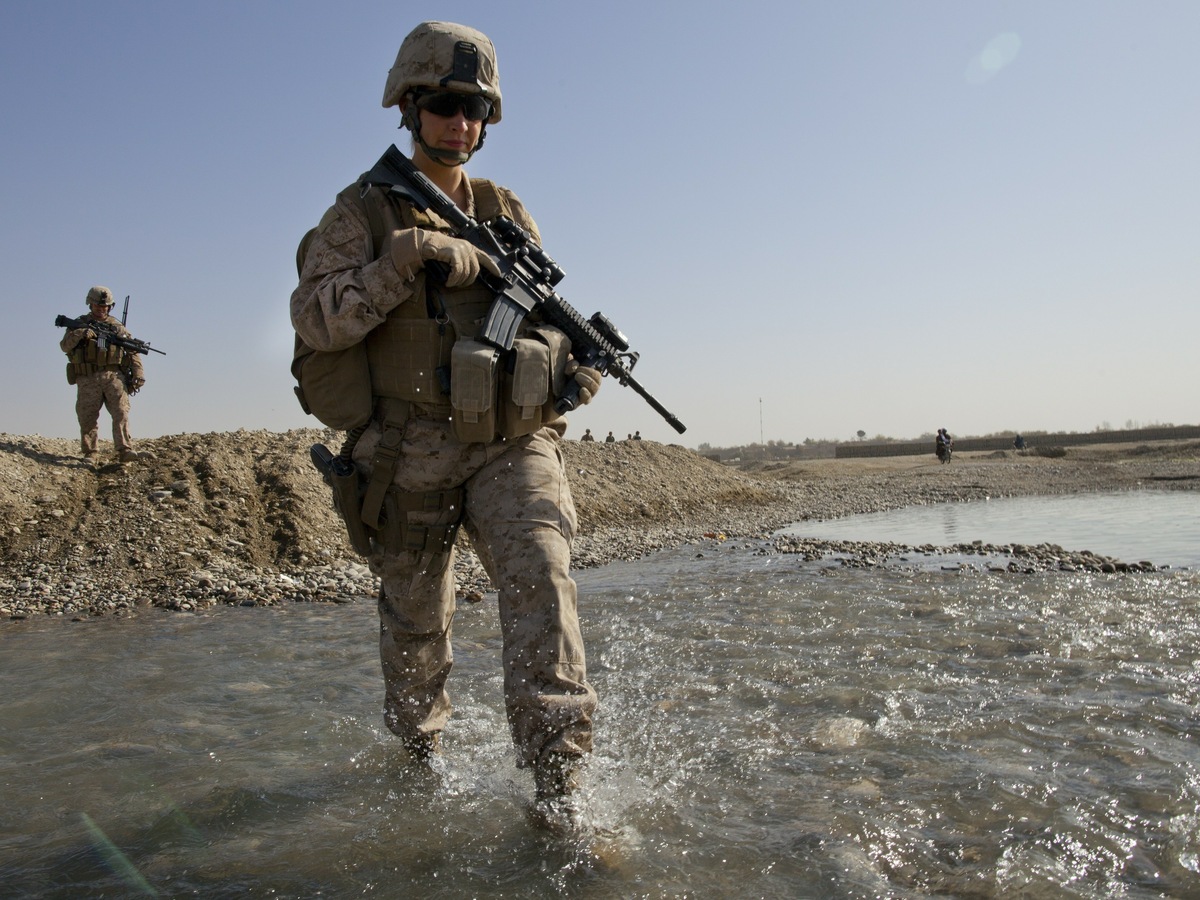 Update at 1:40 p.m. ET: Saying that American men and women are "fighting and dying together and the time has come for our policies to recognize that reality," Defense Secretary Leon Panetta confirmed Thursday afternoon that the Pentagon's rule banning women from combat positions is being rescinded.

From 'Morning Edition': The news on women in combat

Panetta said that as the Pentagon works through how to implement the change, the goal will be to "eliminate all unnecessary gender-based barriers to service."

The changes will make the military and America stronger, Panetta said during a news conference, by ensuring that all "talented and qualified people [will] be able to serve this country in uniform."

Our original post — Combat? Reaction Of Many Women In Military Is 'Been There, Done That':

It will be a historic moment this afternoon when Defense Secretary Leon Panetta formally announces the news. As we reported Wednesday, Pentagon officials say he has decided to lift the ban that officially prohibits women from serving in combat.

But as NPR's Tom Bowman and other reporters covering the story note, in some ways the Pentagon's shift is just a reflection of reality.

While the military's "combat exclusion policy" has prevented women from serving "directly" in combat operations, Tom said on Morning Edition, they have in recent years been attached to such units and are doing jobs that bring them into harm's way.

Or as USA Today puts it, the news of what Panetta will announce has many women who have served in war zones saying "been there, done that." The newspaper adds that:

"Women are serving and have been serving in uniform alongside their male counterparts in Afghanistan and did so in Iraq for much of the past decade, even as their theoretical fitness to serve was debated back home. Although officially in support roles, the distinction ultimately made little difference to the 152 female U.S. troops who have died while deployed in those two wars."

There are those in the military who worry, though, about how the change will affect the troops. Also on Morning Edition, Blake Farmer of NPR member station WPLN reported from Fort Campbell, Ky., that "opinions were mixed" about the news. Pfc. Dalton Trimble was concerned about how women will fit in. If "there's going to be women around, you're going to have to watch what you say now," Trimble said. "There's going to be a whole lot of changes."

Staff Sgt. Kenesha Slate said women will have to deal with men who still think "females should be barefoot and pregnant in the kitchen." But Sgt. Alexander Conyngham, a cavalry scout whose wife is a military mechanic, said he has "full confidence that she could hold the same role I could."

And Lt. Col. Juanita Chang told Blake that since he was interviewing her about women in combat, "please make sure you focus in on my combat action badge, which is right here."

The lifting of the ban potentially opens up about 250,000 jobs to women in the military — many of them in infantry positions — that women previously couldn't get. According to Tom, the services have until January 2016 to come up with some special exceptions if it's believed that some jobs (perhaps as Navy SEALs, or Green Berets) should still be only for men.

A year ago, we asked if Two-Way readers thought women would some day serve in all the roles that men do, including combat. About 86 percent of those who responded said yes. (Note: that wasn't a scientific survey of public opinion; it was just a question.)

That question will be open until midnight ET Friday.