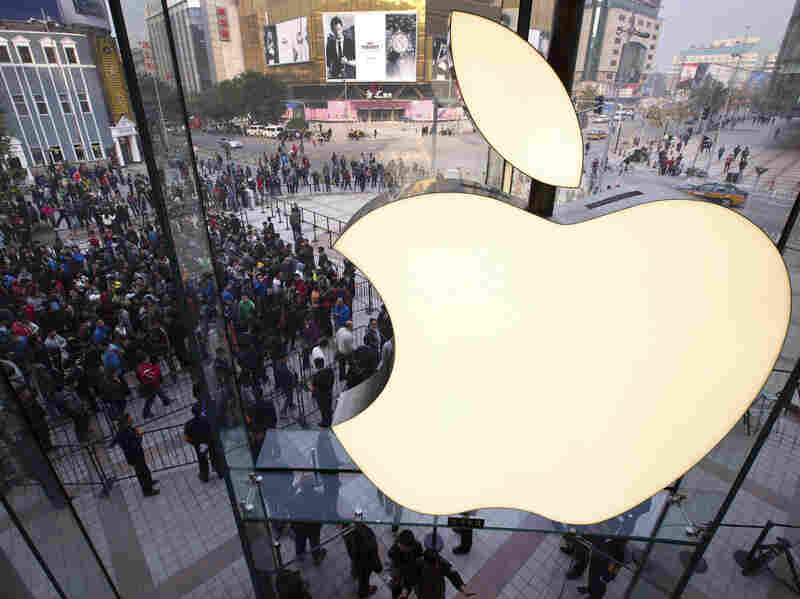 In this Oct. 20, 2012 photo, people line up to enter a newly opened Apple Store in Beijing. Exxon has once again surpassed Apple as the world's most valuable company after the iPhone and iPad maker saw its stock price falter. Andy Wong/AP hide caption 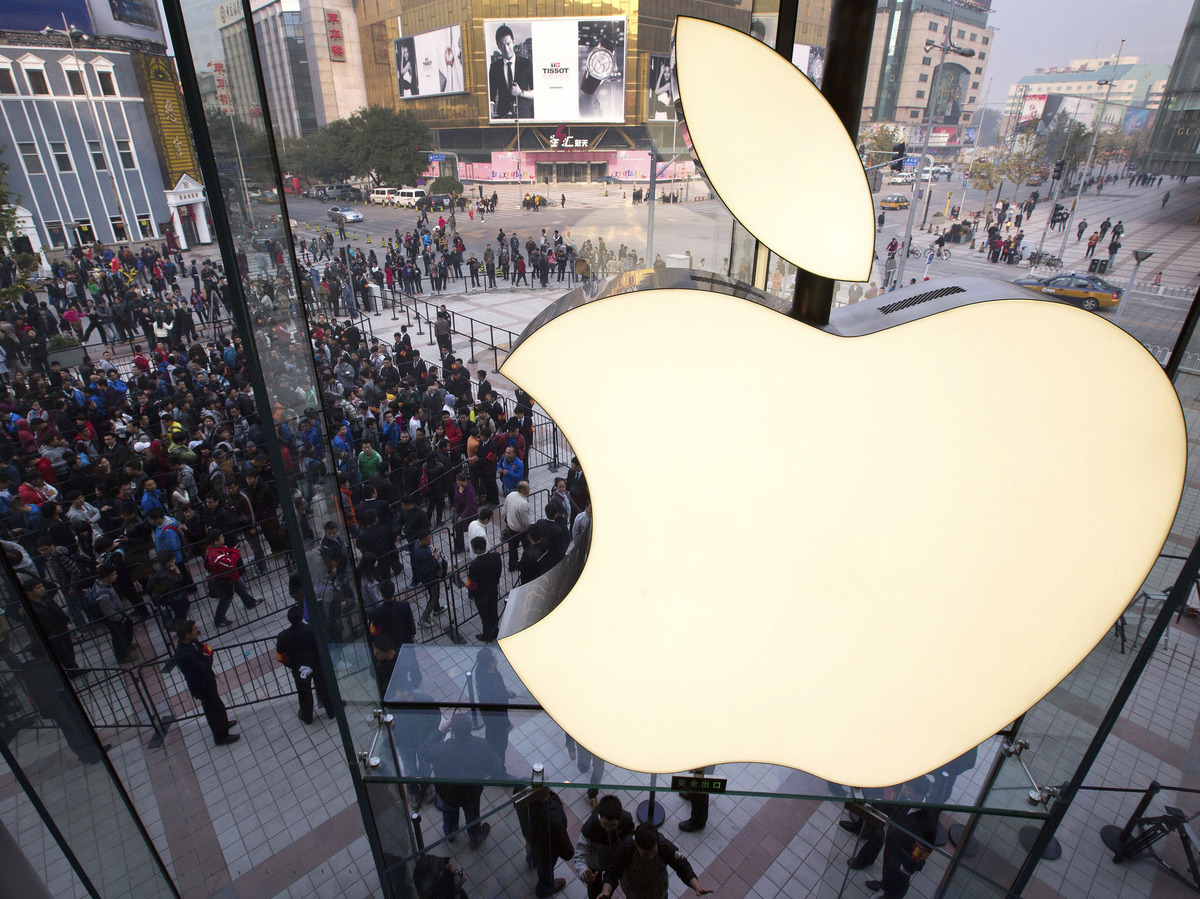 In this Oct. 20, 2012 photo, people line up to enter a newly opened Apple Store in Beijing. Exxon has once again surpassed Apple as the world's most valuable company after the iPhone and iPad maker saw its stock price falter.

Apple stock has dropped sharply since it announced earnings that disappointed analysts. Now the tech tastemaker is paying another price, losing its crown as the world's most valuable company to Exxon Mobil.

Exxon's market capitalization, the total value of its outstanding stock, was about $417 billion Friday. Apple's was about $413 billion.

"The move comes exactly one year after Apple previously surpassed Exxon on its road to most valuable U.S. company of all-time," The Wall Street Journal notes. "Apple's slide has been fast and furious. The gap between Apple and Exxon widened to as much as $240 billion in September. ... Since then, Apple shares have slid more than 35%."

On Thursday alone, Apple's stock sank more than 12 percent, to $450.50 per share. Early Friday afternoon, it was down an additional 2.6 percent.

"Apple's stock price peaked in September at $705.07 on the day the iPhone 5 was released," the Associated Press said. "Exxon, in the meantime, has been trading steady. Its business — oil — seems less prone to stock market ups and downs than the Cupertino, Calif.-based tech darling."

For a long while, Apple seemed it could do no wrong, selling millions of iPhones and iPads and growing its profits along with those sales. But while its sales remain strong, Apple's market share in the smartphone and tablet markets has slipped amid strong competition from Samsung and other rivals.

Bloomberg News says at least 20 analysts lowered their projections for Apple's stock after the company reported slower growth on Wednesday. Abhey Lamba, an analyst at Mizuho Securities USA, told Bloomberg: "This is a big shift in the company's position from a year ago. The growth has slowed down much faster than we anticipated." 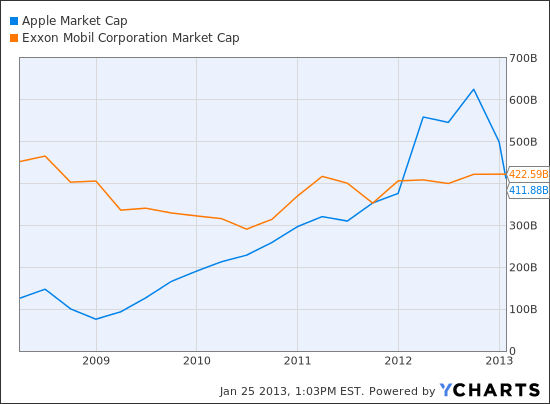 Apple's stock took a hit after unconfirmed reports that it was cutting orders to iPhone suppliers, indicating that demand was weakening. "Others were concerned by CEO Tim Cook's remarks during the Wednesday conference call, when he indicated Apple would not reconsider the iPhone's smaller 3.5- and 4-inch screen size at a time when many fast-selling smartphones offer larger screens," the San Jose Mercury News reported.

But the biggest question analysts have for Apple is, what have you done lately?

"It has been nearly three years since a new product has come from a company still seen as the embodiment of innovation," the AP writes. "That last product, the iPad, came in 2010, when its CEO Steve Jobs was still alive. Some analysts question whether Apple can keep growing by just releasing new versions of its old products. The long-rumored Apple TV, is still just that, a rumor."