Accessibility links
Mali Crisis Likely To Dominate Summit Of African Leaders : The Two-Way The French-led intervention against Islamist rebels is gaining strength. African military chiefs say a minimum of 5,000 regional troops are needed to join the intervention against the rebels. 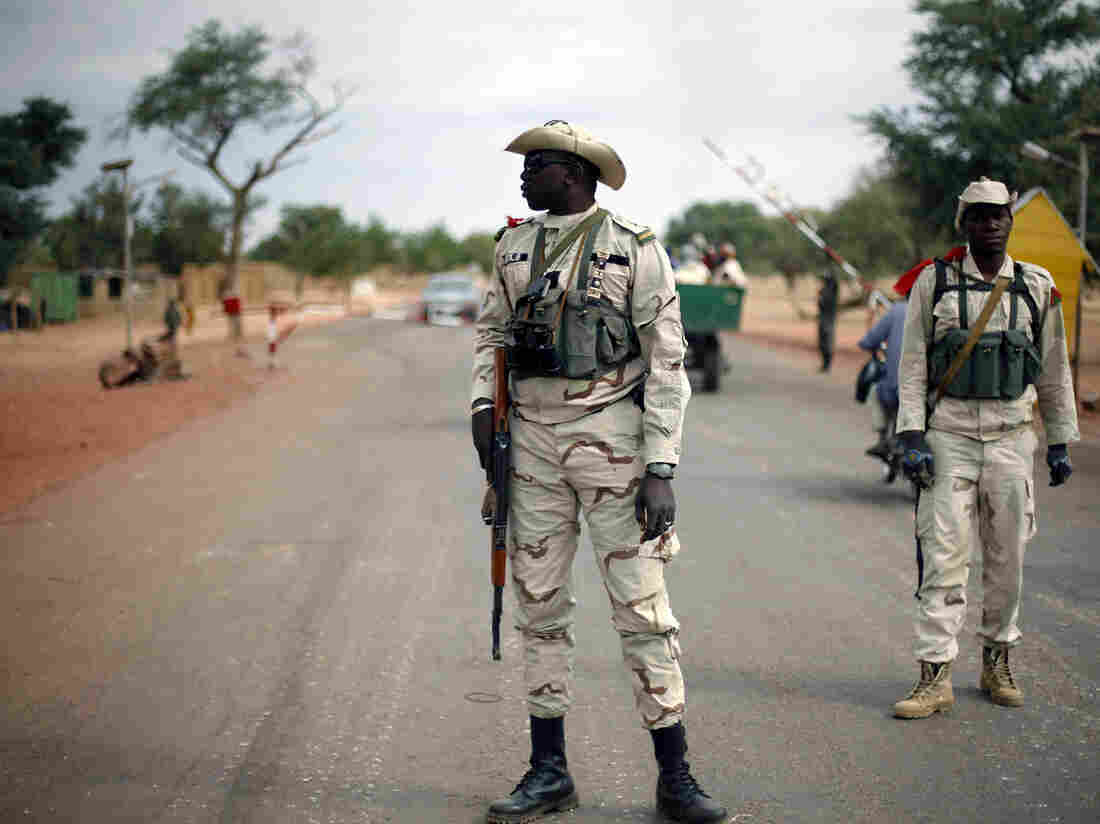 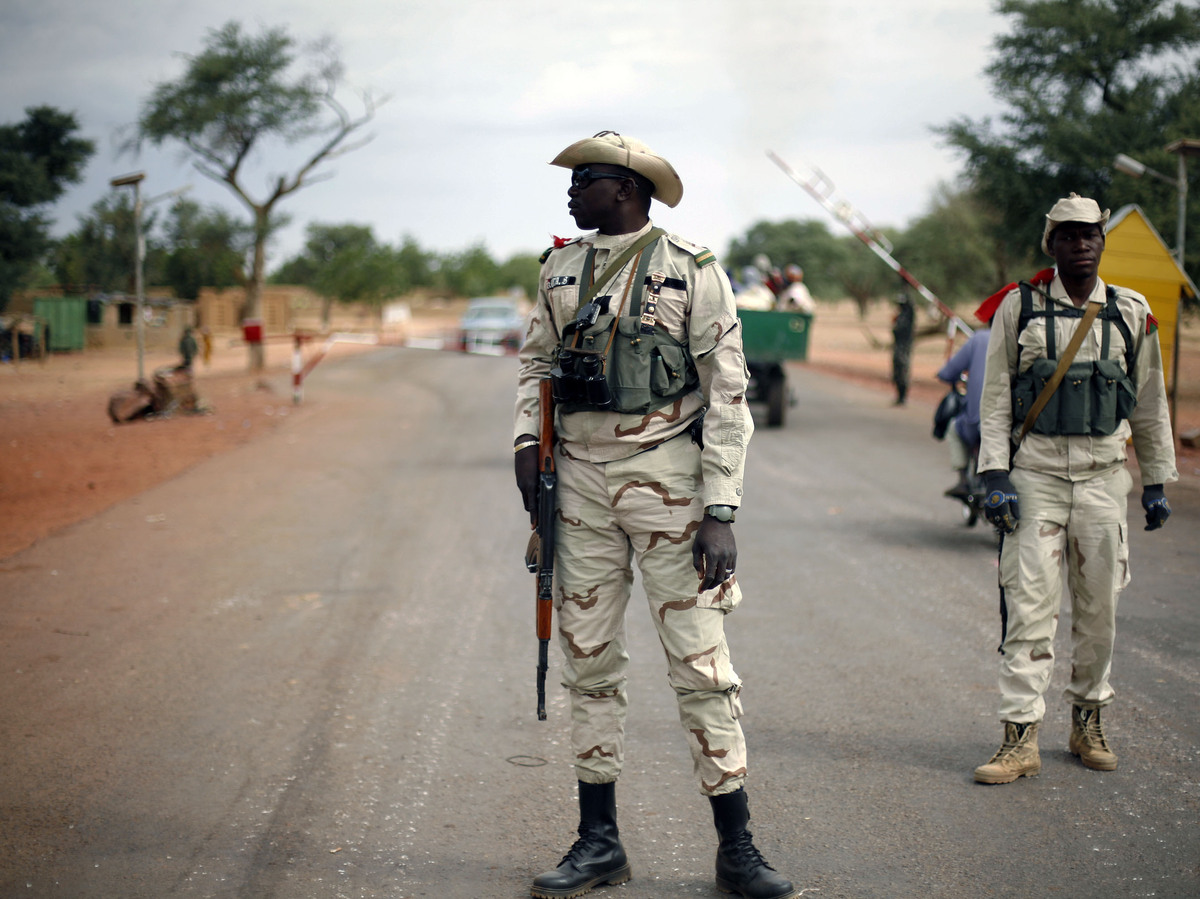 Malian soldiers man a checkpoint on the Gao road outside Sevare, some 385 miles north of Mali's capital, Bamako, on Sunday.

African leaders are meeting Sunday for talks likely to be dominated by the crisis in Mali where the French-led intervention against Islamist rebels is gaining strength.

NPR's Ofeibea Quist-Arcton is monitoring the summit that is taking place at African Union headquarters in the Ethiopian capital, Addis Ababa, for our Newscast team. Here's what she says:

"Initially, a 3,300-strong U.N.-mandated African force was scheduled to head to Mali later this year, to try to dislodge well-armed jihadis in the north. But, with the surprise Islamist push towards the capital earlier this month, West African military chiefs now envisage a minimum of 5,000 regional troops to join the French-led intervention in Mali. An additional 2,000 battle-hardened and desert-savvy soldiers from Chad are on standby, with Nigerien troops, at the Mali-Niger border, ready to cross into Islamist strongholds in the Sahara. African leaders are seeking a parallel political roadmap to restore peace to a divided Mali."

Ofeibea explains on Weekend Edition Sunday what's been happening in Mali, and why France is intervening in its former colony, at the request of the Mali's president:

"When the latest rebellion erupted in Mali a year ago, led by separatist fighters from the nomadic Tuareg ethnic group, seeking independence in their northern region, aggrieved government soldiers complained that they lacked the military wherewithal to combat the insurgency in the north. Then, junior officers in the faraway capital, Bamako, staged a coup last March, toppling the president, just before scheduled elections. In the ensuing confusion, rebels — many returning with sophisticated weapons after fighting for Moammar Gaddafi in Libya — consolidated their control over a Sahara desert region the size of Texas. Then jihadi fighters, some with al-Qaida links, fighting alongside the turbaned Tuaregs, pushed out their erstwhile allies and seized control, imposing harsh Islamic law — chopping off limbs for perceived crimes and destroying World Heritage sites and Sufi Muslim saints' tombs in Timbuktu that they deemed un-Islamic. Mali's demoralised army was incapable of fighting back."

French and Malian troops now hold a strategic bridge and the airport in the northern town of Gao. It's their biggest achievement since their operation began two weeks ago.

The Associated Press has more on the role the U.S. is playing in the conflict. Here's what it says:

"U.S. aerial refueling planes would be a boost to air support for French ground forces as they enter vast areas of northern Mali, the size of Texas, that are controlled by al-Qaida-linked extremists.

"The U.S. was already helping France by transporting French troops and equipment to the West African nation. However, the U.S. government has said it cannot provide direct aid to the Malian military because the country's democratically elected president was overthrown in a coup last March."