Accessibility links
Brazilian Nightclub Disaster: Toxic Smoke, Barriers Blamed For Horrible Toll : The Two-Way More than 230 people died. Many were overcome by fumes. Others couldn't get out because the exit wasn't large enough. In the confusion, about 50 victims may have thought a bathroom door was a way out. 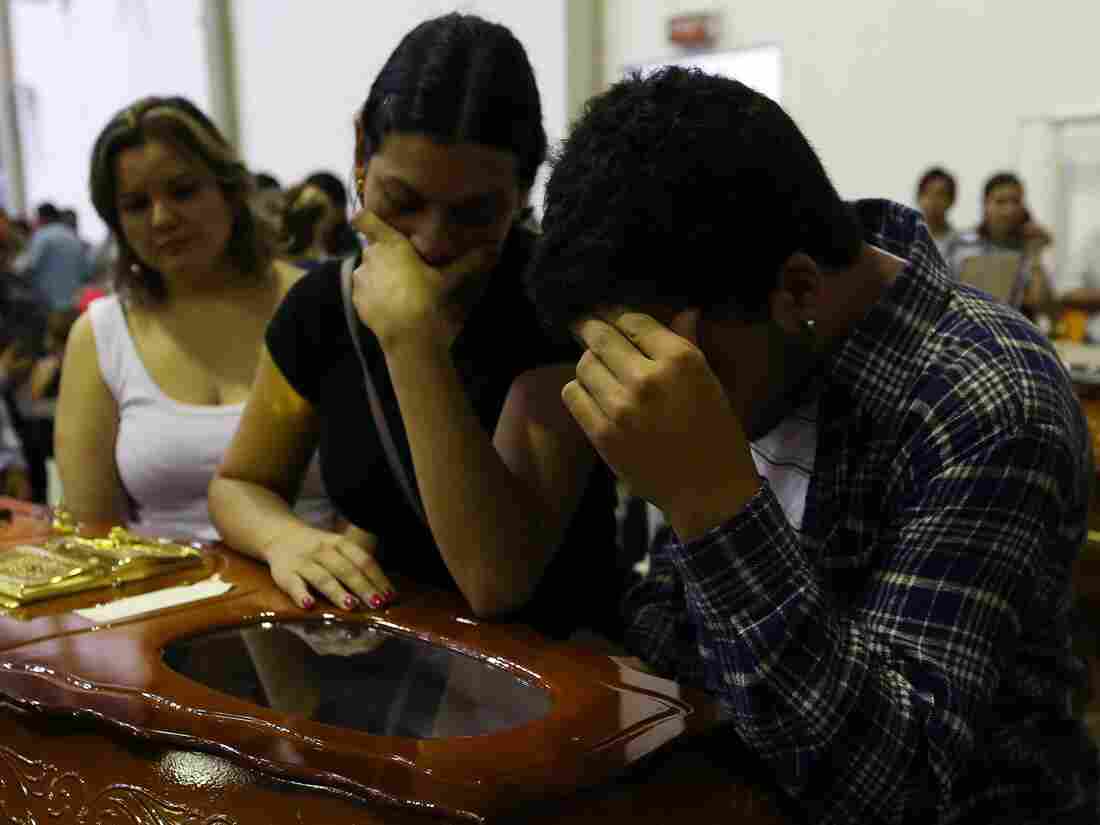 Mourners at the coffin of one victim of the fire at the Kiss nightclub in southern Brazil. Marcelo Sayao /EPA /LANDOV hide caption 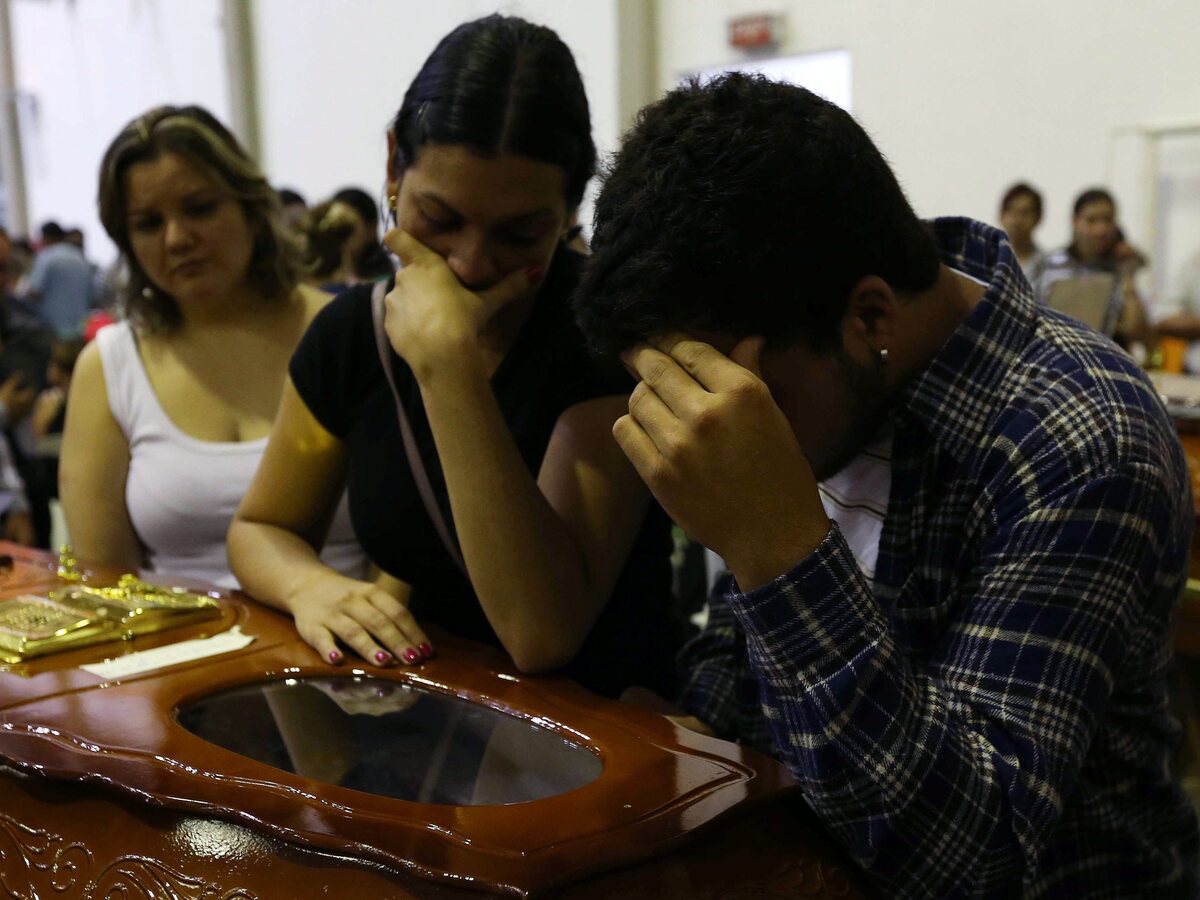 Mourners at the coffin of one victim of the fire at the Kiss nightclub in southern Brazil.

Survivors and authorities are telling harrowing tales of what it was like early Sunday inside the Kiss nightclub in the southern Brazilian city of Santa Maria, where more than 230 people died as a fire swept through the building.

From the BBC: "The metal barriers they used to keep people in line on their way in, ended up blocking people from getting out," Mattheus Bortolotto, a young dentist, told local TV. "People were bumping into each other, crushing each other, falling down."

From The Associated Press: "Survivor Michele Pereira told the Folha de S. Paulo newspaper that she was near the stage when members of the band lit some sort of flare. 'The band that was onstage began to use flares and, suddenly, they stopped the show and pointed them upward,' she said. 'At that point, the ceiling caught fire. It was really weak, but in a matter of seconds it spread.' "

The AP adds that "Most of the dead apparently were asphyxiated, according to Dr. Paulo Afonso Beltrame, a professor at the medical school of the Federal University of Santa Maria who went to the city's Caridade Hospital to help victims.

"Large amounts of toxic smoke quickly filled the room, and I would say that at least 90 percent of the victims died of asphyxiation," Beltrame told the AP.

"The toxic smoke made people lose their sense of direction so they were unable to find their way to the exit. At least 50 bodies were found inside a bathroom. Apparently they confused the bathroom door with the exit door."

"Hours after the fire, cellphones on the victims were ringing inside the still-smoldering nightclub as family members tried to contact their loved ones, Brazilian radio reporter Sara Bodowsky told World News anchor David Muir."

According to the AP, among the things investigators are looking at is the club's operating license: "Police said it was in the process of being renewed, but it was not clear if it was illegal for the business to be open. A single entrance area about the size of five door spaces was used both as an entrance and an exit."

The tragedy in Brazil has stirred painful memories for the survivors and family members of victims in the 2003 blaze at a club in West Warwick, R.I. That fire killed 100 people and injured 200. In the years since then, the AP notes:

-- "A flare ignited ceiling foam at an overcrowded nightclub in Buenos Aires, Argentina, killing 194 people [in 2004]."

-- "Indoor fireworks were blamed for a fire at a club in Bangkok on New Year's Eve 2008 in which 66 partygoers were killed."

-- "Another indoor fireworks display at a nightclub in Perm, Russia, ignited a plastic ceiling decorated with branches, killing 152 people in December 2009."

There are reports from Brazil that authorities have arrested three people, so far, in connection with the fire and that they are looking for a fourth suspect. USA Today writes from there that "the Zero Hora newspaper quoted lawyer Jader Marques as saying his client Elissandro Spohr, a co-owner of the club, was arrested. The paper also said two band members were arrested."

According to The Wall Street Journal, "the state authorities said the arrests were 'temporary' and were part of efforts to push the investigation forward, a legal power available to Brazilian courts, and didn't necessarily mean the men would be charged."