Accessibility links
Behind Cute Face, A Cold-Blooded Killer: Study Finds Cats Kill Billions Of Animals : The Two-Way The study was tasked with estimating animal deaths caused by humans, their activities and pets. Killing billions of birds and mammals a year, cats were responsible for more deaths than any other source by far. 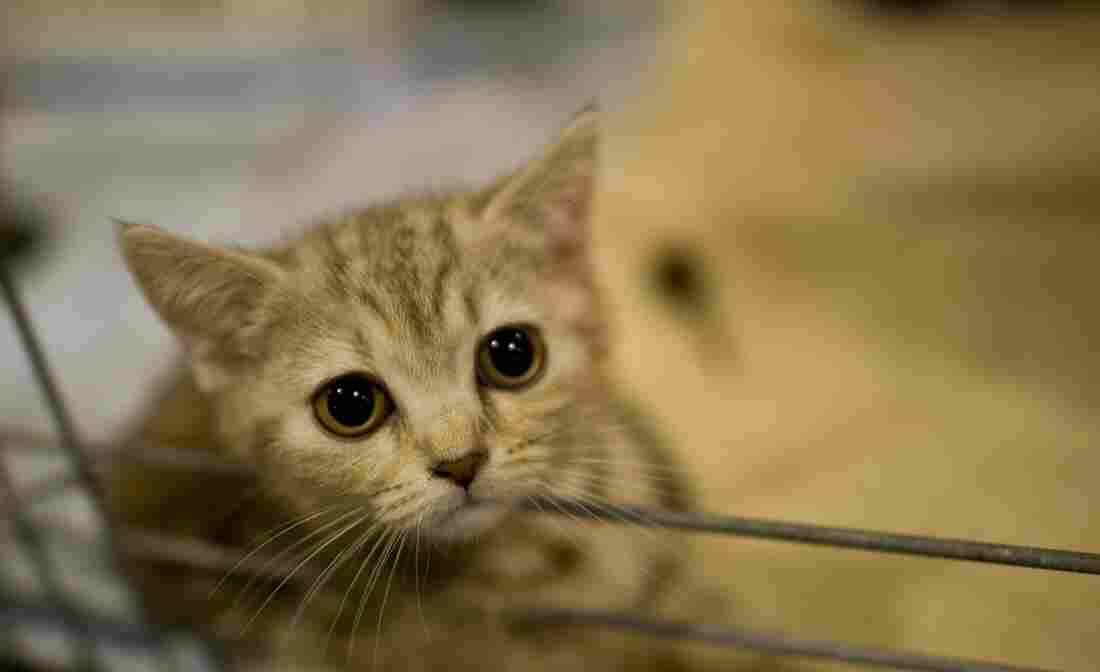 Emma looks out from her cage at a pet trade show in Dresden, Germany. AFP/Getty Images hide caption 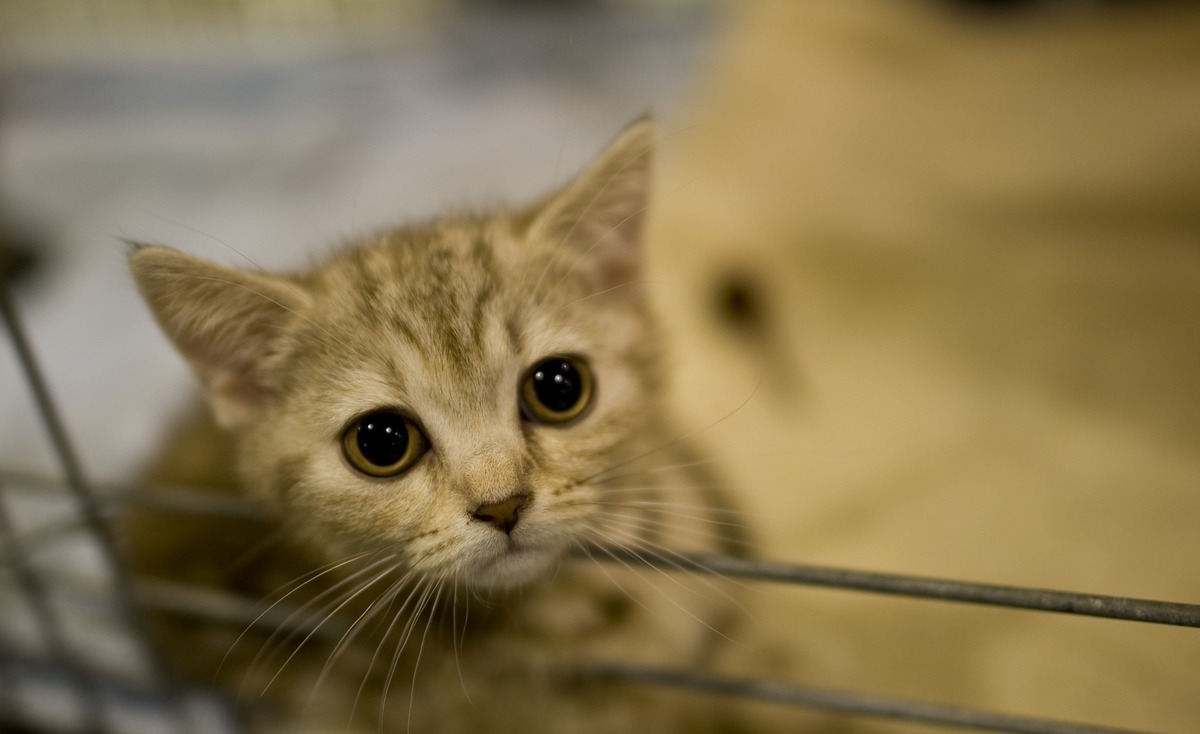 Emma looks out from her cage at a pet trade show in Dresden, Germany.

Maybe that New Zealand environmentalist we told you about — the one who wanted to rid the country of cats because of all the birds they kill — was on to something: A new study published in journal Nature Communications found that cats are some of the most efficient and successful killers.

In all, the study found, cats kill a median of 2.4 billion birds and 12.3 billion mammals a year.

Here's how The New York Times sums up the study:

"The estimated kill rates are two to four times higher than mortality figures previously bandied about, and position the domestic cat as one of the single greatest human-linked threats to wildlife in the nation. More birds and mammals die at the mouths of cats, the report said, than from automobile strikes, pesticides and poisons, collisions with skyscrapers and windmills and other so-called anthropogenic causes.

"Peter Marra of the Smithsonian Conservation Biology Institute and an author of the report, said the mortality figures that emerge from the new model 'are shockingly high.'"

NPR's Véronique LaCapra spoke to Marra in a piece for All Things Considered.

Marra told Véronique that they were given a grant by the U.S. Fish and Wildlife Service to try to estimate the number of animals being killed as the result of humans, which included measuring deaths attributable to their activities, buildings and pets.

What they found is that the roughly 47 million pet cats and the 30 to 80 million feral cats were killing way more animals than any other source, including cars and wind turbines.

What's more, the scientists say they're pretty confident in their estimate.

Marra said that at the rate cats are killing things, "their hunting could be causing some wildlife populations to decline in some areas." It's not clear yet which species are most affected.