Accessibility links
192,000 Jobs Added To Payrolls This Month, Report Signals : The Two-Way The latest ADP National Employment Report seems to show a modest uptick in employment growth as 2013 began. But it comes after a surprisingly downbeat report about how the economy was doing as it ended 2012. 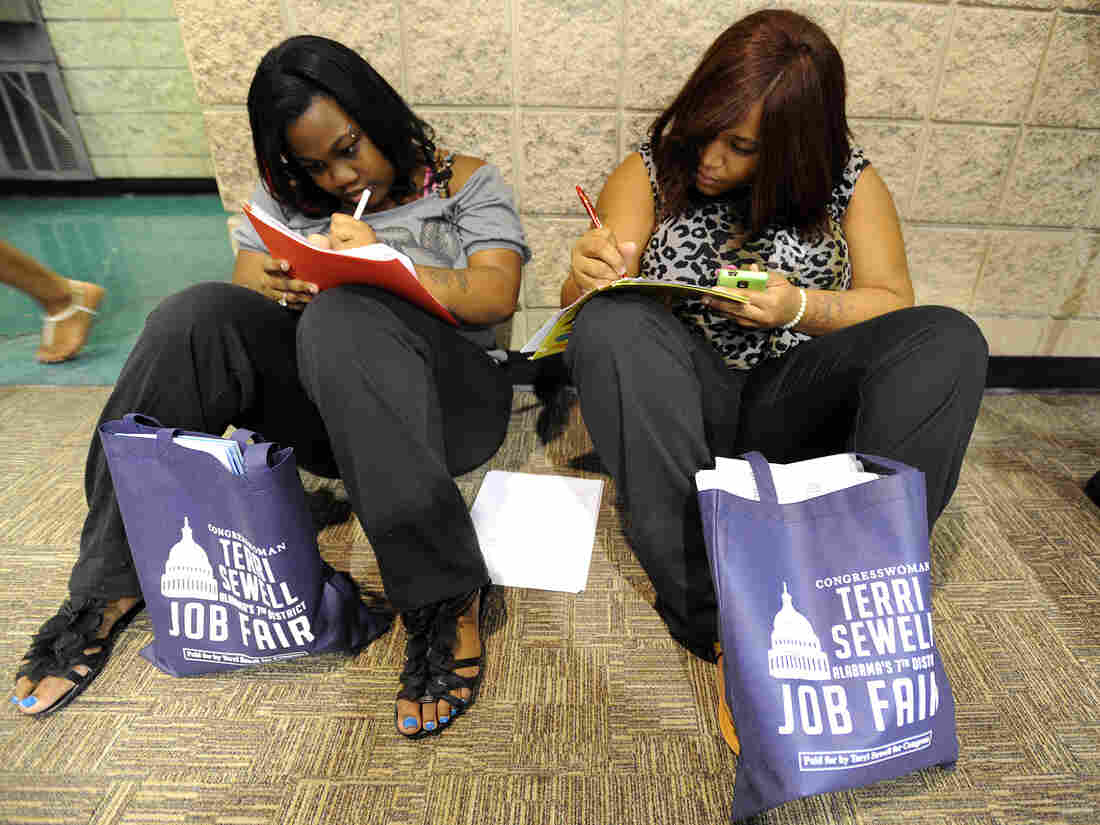 Looking for work: In Birmingham, Ala., last summer, Jessica McQueen (left) and Ashley Abramson were among those filling out applications at a jobs fair. Joe Songer /Birmingham News /Landov hide caption 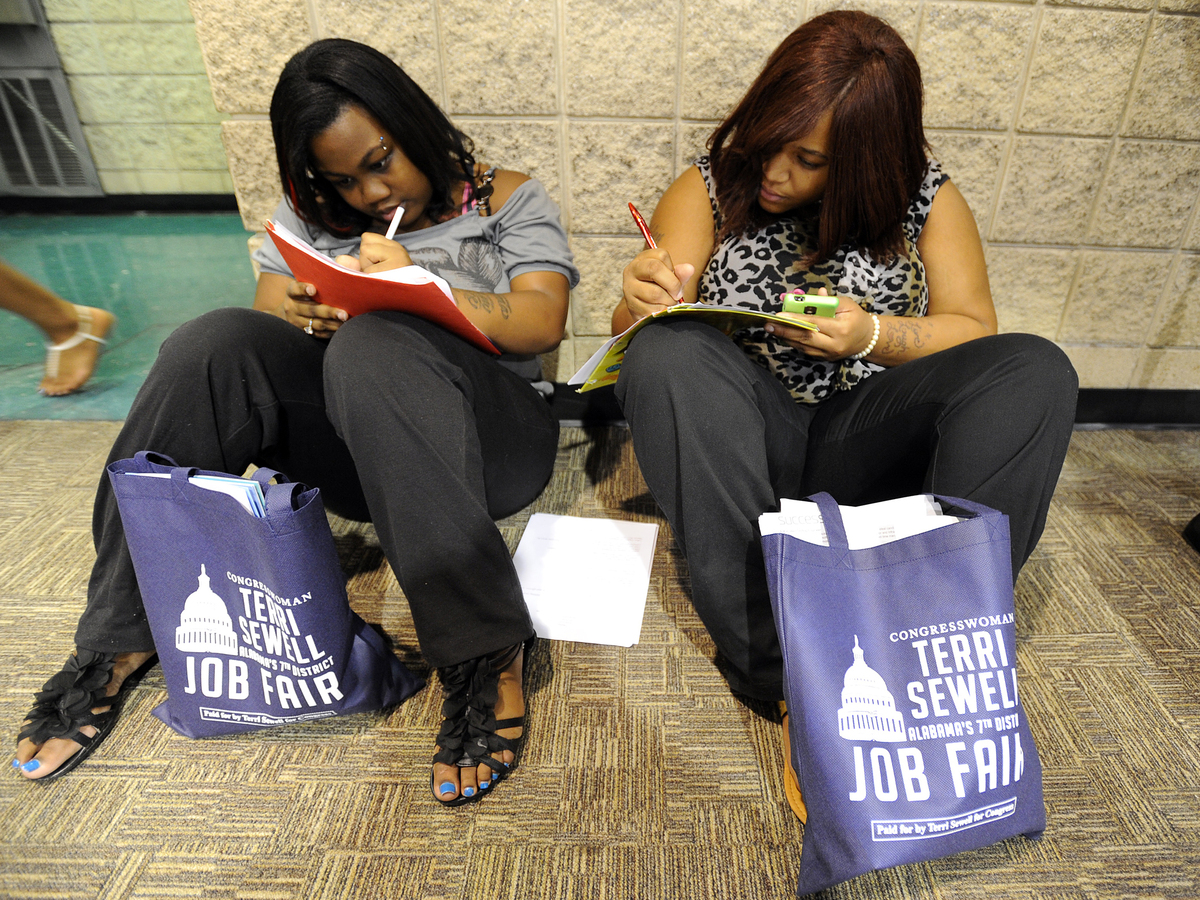 Looking for work: In Birmingham, Ala., last summer, Jessica McQueen (left) and Ashley Abramson were among those filling out applications at a jobs fair.

After bad news about late 2012 — that the U.S. economy shrank a bit in the fourth quarter — there's modestly good news about early 2013:

Private employers added an estimated 192,000 jobs to their payrolls in January, according to the latest ADP National Employment Report. That would be above the estimated 185,000 jobs they added in December.

"Would be" are two key words in that sentence, by the way. ADP also said today that it has revised downward by 30,000 its estimate of job growth in December. It initially said employers added 215,000 jobs. So treat its January figure as a preliminary estimate.

We'll hear much more about the January employment picture on Friday when the Bureau of Labor Statistics is due to release its figures on the month's unemployment rate and payroll growth. Reuters says that economists expect BLS will say that public and private employers added 160,000 jobs in January and that the unemployment rate held steady at 7.8 percent. The BLS and ADP estimates on jobs are based on different surveys of employers, which partly explains why they do not quite match up — but do tend to agree on the general trend.