Accessibility links
After Anti-Gay Comments, 49ers Chris Culliver Says 'I Have Gay Relatives' : The Two-Way The 49ers cornerback ignited a maelstrom when he said gay players had no place on his team. Culliver and team later apologized for the comments. 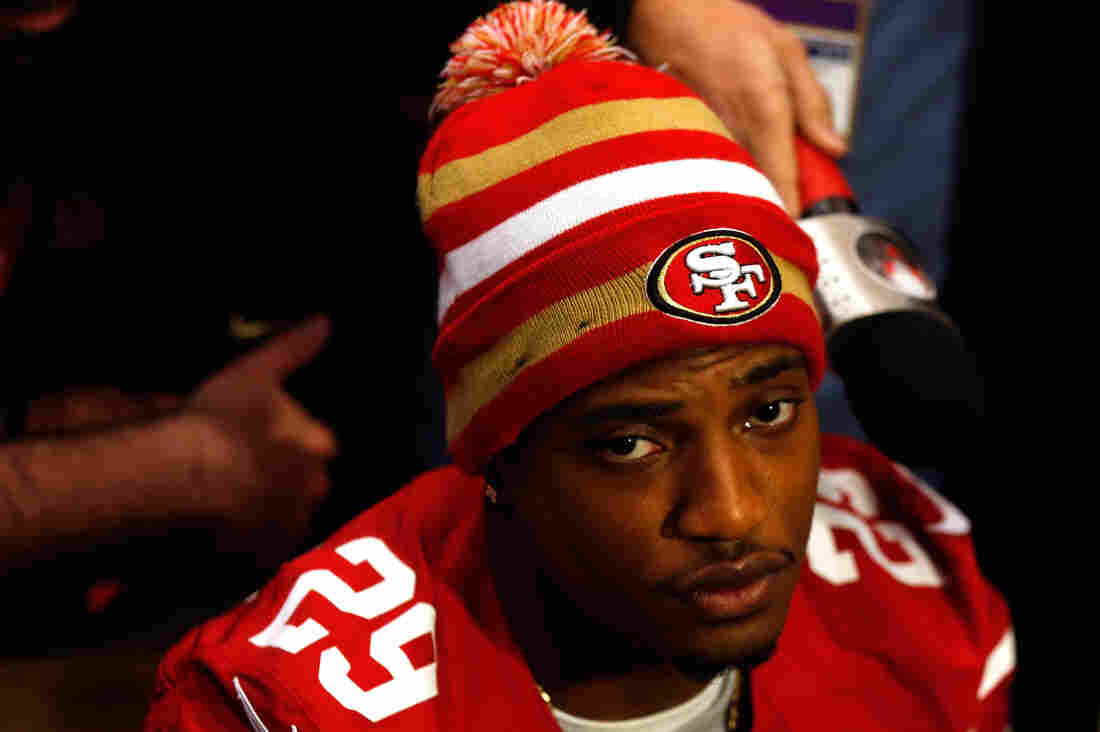 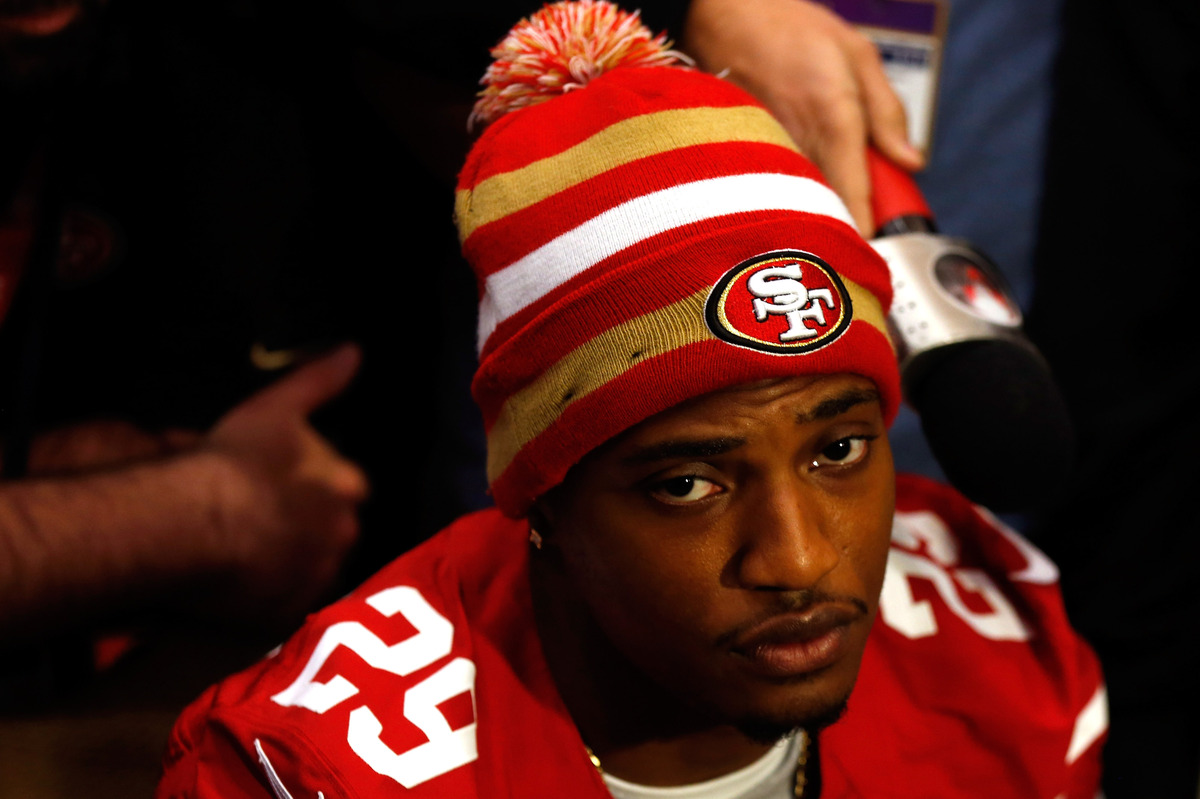 Chris Culliver of the San Francisco 49ers addresses the media at the New Orleans Marriott on Thursday.

A Media Day interview has turned into a maelstrom for Super-Bowl-bound Chris Culliver, the San Francisco 49ers cornerback.

Wednesday, during a short interview with radio host Artie Lange, Culliver was asked if there were any gay players on his team.

"Nah," he answered. "We ain't got no gay people on the team. They gotta get up outta here if they do. Can't be with that sweet stuff. Nah, can't be in the locker room."

Lange went on to ask if players should stay in the closet.

"Yeah. Come out 10 years later after that," Culliver said.

Of course, the comments sparked intense controversy and revived a conversation about homophobia in the NFL.

"By the end of the day, the team had apologized and Culliver himself said the quotes did not reflect what's 'in my heart.' But many commentators said the attitude that seemed to underlie the remarks is all too common in sports, even in liberal San Francisco.

"No active NFL player has come out as gay, although several have after retirement."

"'It's not a totally uncommon opinion in professional sports in general and the NFL in particular,' said Patrick Burke, president of the You Can Play Project, which is devoted to respect for all athletes without regard to sexual orientation. 'It's ignorance in the purest sense of the word. It's not stupidity. Athletes live in a very insular world.'"

"There is no place for discrimination within our organization at any level," the team said. "We have and always will proudly support the LGBT community."

Culliver also put out a statement, saying the interview reflected what was in his head but not "how I feel."

Today, he gave interviews on the matter.

"It's been very difficult because I'm a little disappointed," Culliver told SI about the past 24 hours. "(People think) that I don't like homosexuals and I don't support gay communities and things like that, which I do. I have gay relatives who I talk to, not on a daily basis, but I do and I support them."

His teammates seemed to chalk up the comments to Culliver's age and the freewheeling spirit of Media Day.

In the interview with SI, Culliver also said the question from the radio host was "disrespectful."