Accessibility links
unemployment : The Two-Way The jobless rate was 7.9 percent vs. 7.8 percent in December. But new data show job growth has been better than first thought and ended 2012 on a strong note. Overall, it's estimated that several hundred thousand more jobs were created in 2011 and 2012 than previously thought. 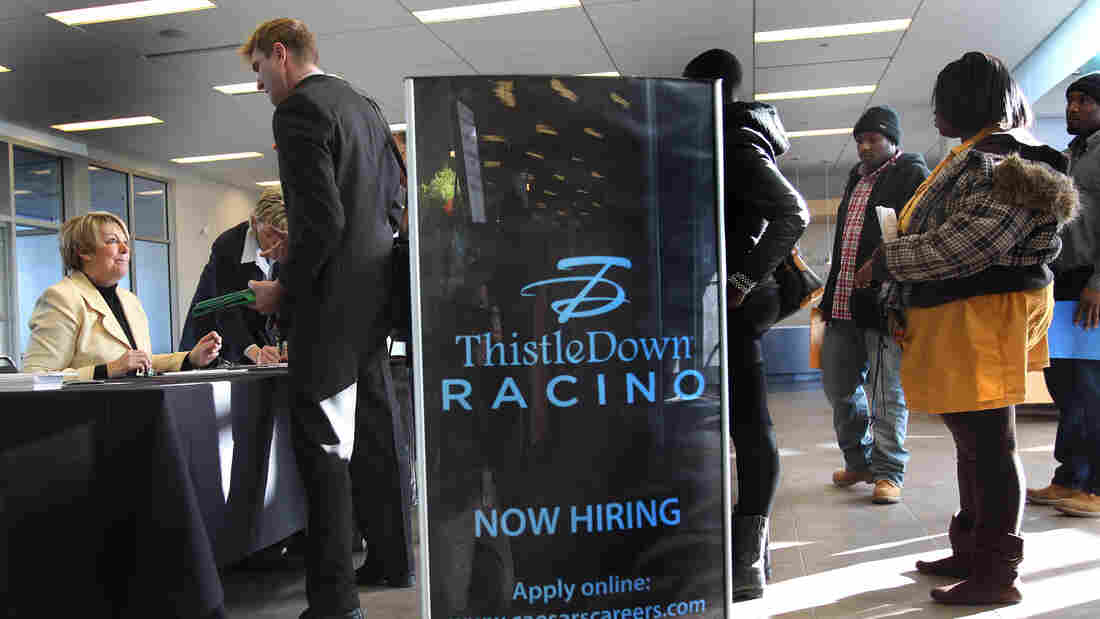 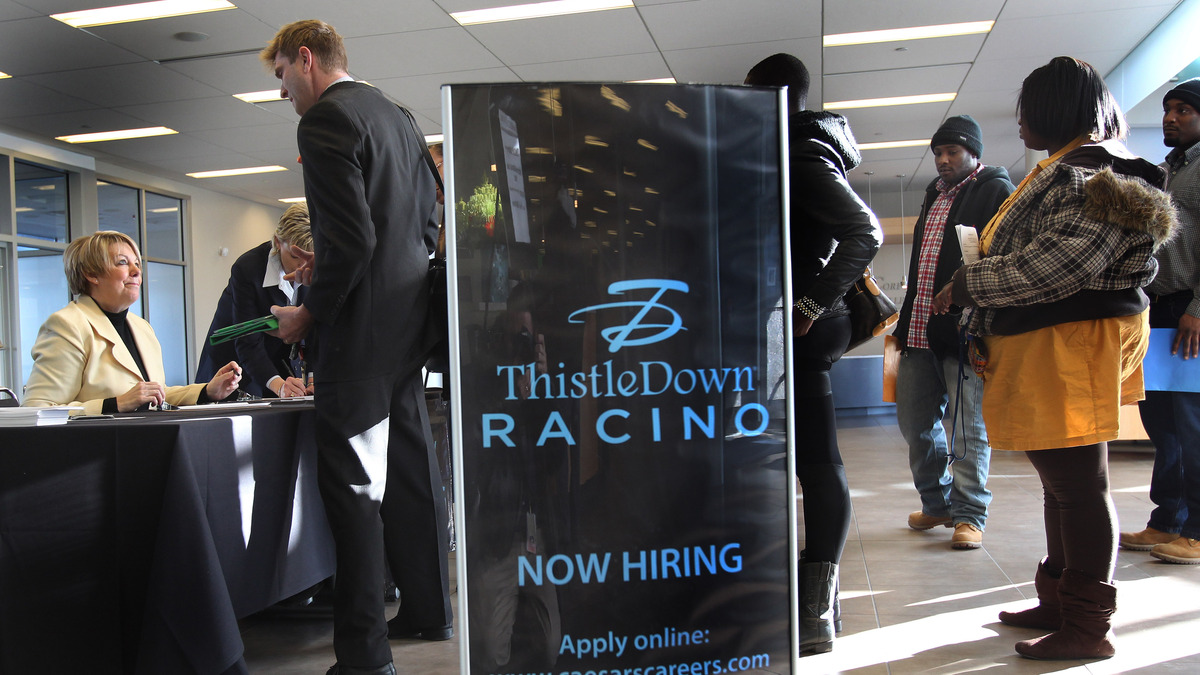 The U.S. economy produced several hundred thousand more jobs than previously thought in 2011 and 2012 even as the nation's jobless rate remained stuck at a relatively high level, new data from the Bureau of Labor Statistics show.

While BLS said the unemployment rate ticked up to 7.9 percent in January from 7.8 percent the month before, it also reported that:

-- Revisions based on data from unemployment insurance tax records indicate there were 422,000 more jobs on public and private payrolls in the spring of 2012 than initially thought.

-- In December 2012 alone, public and private employers increased their payrolls by 196,000 jobs, an upward revision from the agency's initial estimate of 155,000.

The bureau's data on payroll employment and the jobless rate often seem to be in at least some disagreement. In part that's because they're based on different surveys — one of employers to determine the number of jobs and one of households to calculate the unemployment rate.

Economists say the figures can also seem to move in opposite directions because as hiring begins to pick up, people who had been too discouraged to look for work return to the labor force. That can expand the rolls of those in the ranks of the unemployed.

Overall, Credit Suisse economist Jonathan Basile tells Bloomberg News, the data seem to be saying that "improvement in the labor market is continuing."

And The Wall Street Journal notes that thanks to revisions in the late 2012 payroll figures:

After the report's release, the White House released an analysis from top economic adviser Alan Krueger in which he says "while more work remains to be done, today's employment report provides further evidence that the U.S. economy is continuing to heal from the wounds inflicted by the worst downturn since the Great Depression."

From the other side of the political aisle, House Speaker John Boehner's office posted this tweet from the Ohio Republican:

Over at Planet Money, our friend Jacob Goldstein reads the report and concludes that "the truth is, we don't know exactly how many jobs the U.S. added" last month. But, as he shows, at least the recent initial estimates have been wrong on the "low" side.

Meanwhile, stocks are up sharply this morning and the Dow Jones industrial average is flirting with 14,000 — which is notable because its record closing high was the 14,164.53 level it hit in Oct. 2007. So, it would seem the market is happy about the jobs data.

Update at 8:35 a.m. ET. Unemployment Rate Ticked Up In January; 157,000 Jobs Added: The nation's jobless rate edged up to 7.9 percent in January from 7.8 percent in December, the Bureau of Labor Statistics reports.

Meanwhile, 157,000 jobs were added to public and private payrolls in the month.

And, BLS revised up its estimate of job growth in December. It now estimates there were 196,000 jobs added to payrolls, up from its initial estimate of 155,000.

We'll have more on the report and reactions to it as the morning continues.

The Bureau of Labor Statistics is due to tell us at 8:30 a.m. ET about the nation's unemployment rate in January and how many jobs were hopefully added to public and private payrolls last month.

A month ago, BLS said there were 155,000 new jobs in December and that the unemployment rate that month was 7.8 percent. Heading into today's reports, economists told Reuters they were expecting to hear that there were 160,000 added to payrolls in January and that the jobless rate stayed at 7.8 percent.

We'll update this post with the January news after it's released, and then sift through the data and reactions.