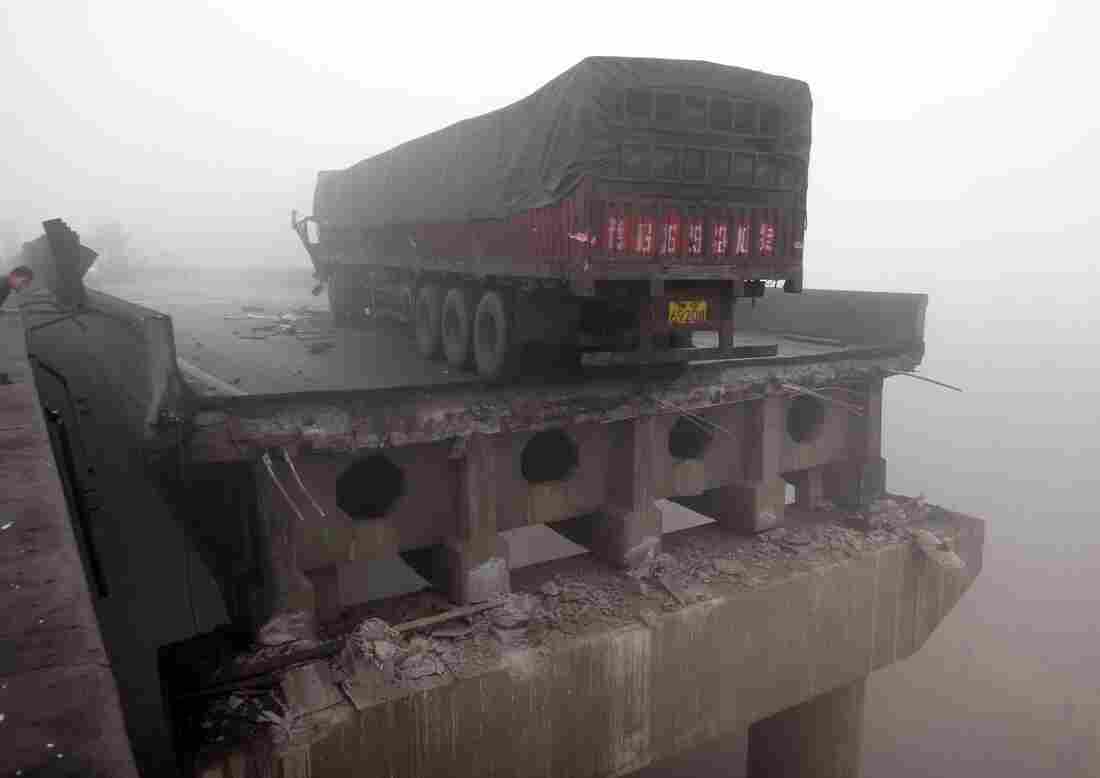 A truck sits on the partially collapsed highway after a truck carrying fireworks exploded on it in Sanmenxia, China on Feb. 1, 2013. Xiao Meng/AP/Xinhua hide caption 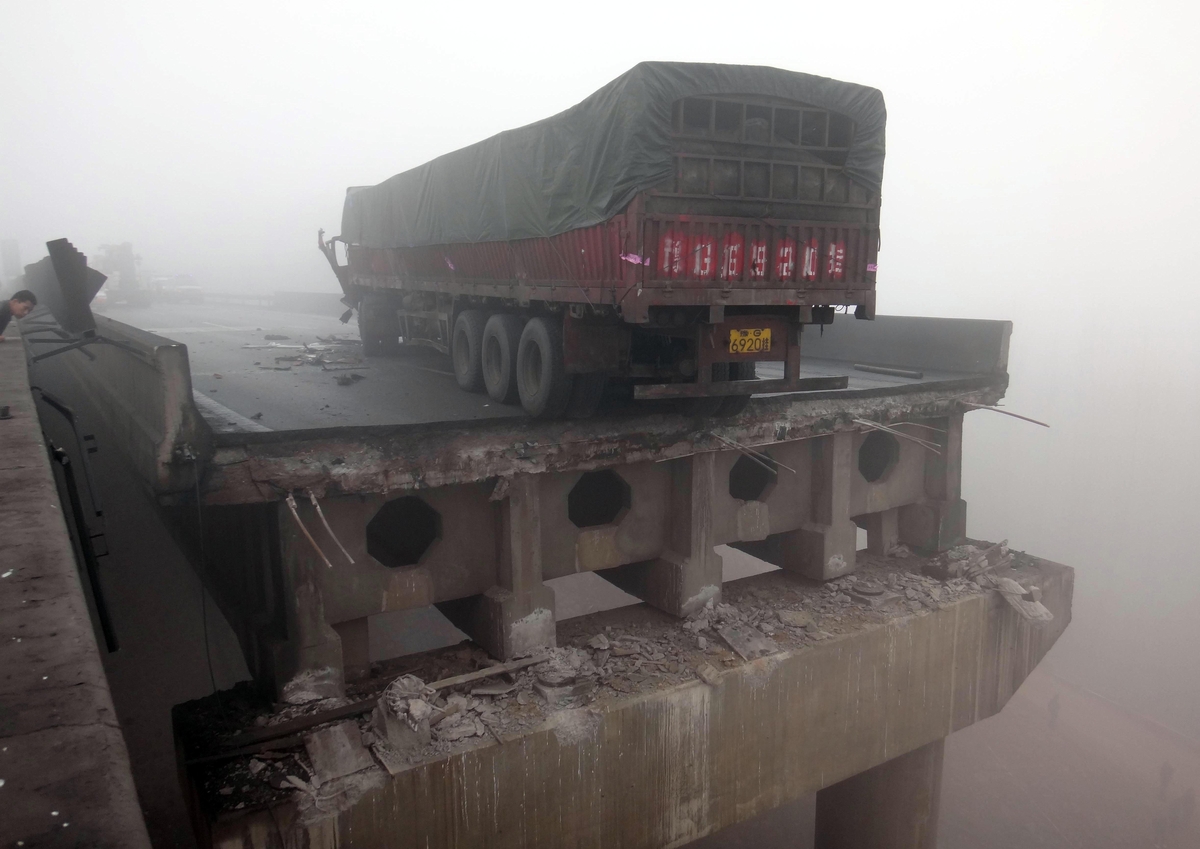 A truck sits on the partially collapsed highway after a truck carrying fireworks exploded on it in Sanmenxia, China on Feb. 1, 2013.

Fireworks inside a truck exploded on a major roadway in the central Chinese province of Henan today, as the driver was taking the devices to a Chinese Lunar New Year's event. The blast caused a highway overpass to crumble, and several vehicles plunged as much as 100 feet to the ground, says the Associated Press.

There are differing accounts of the dead and injured. China's Xinhua news agency says seven people were killed at the scene, and two more died as they were taken to the hospital. The People's Daily reports five people were killed. The accident was in the city of Sanmenxia, nearly 600 miles south west of the Chinese capital, Beijing.

The trucker was driving in heavy morning fog when the blast occurred, notes the Guardian, but it's not clear what triggered it.

In a surprisingly forthright article, Xinhua quotes suspicious people who speculated online about what caused the overpass to fall apart. "How can fireworks be so powerful? Is the viaduct a piece of shoddy construction work?" asked user "Langren-088."

But the Xinhua report goes on to say as Lunar New Year approaches on Feb. 10, injuries and deaths from fireworks will occur. On Jan. 18th, three people died when fireworks went off in a two-story house where fireworks were stored.