Accessibility links
Barney, Former First Dog Who Loved Playing With His Soccer Ball, Dies : The Two-Way Barney spent all eight years of George W. Bush's presidency in the White House. His owner described him as a "faithful friend" who never talked about politics. 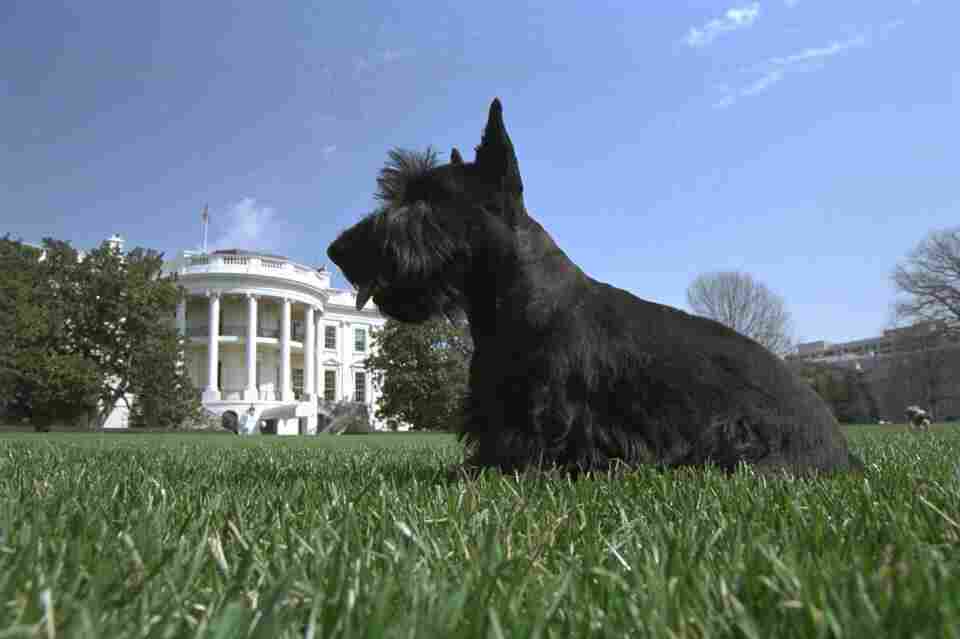 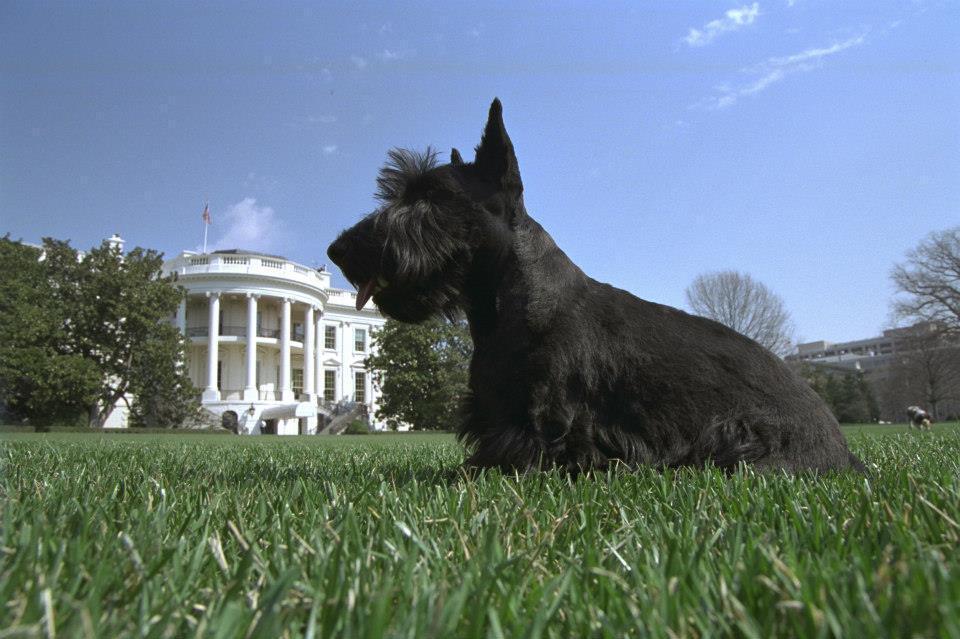 Barney at the White House.

Barney, a Scottish Terrier who loved playing with his soccer ball and golf ball and was better known as President George W. Bush's pet, has died.

"Barney was by my side during our eight years in the White House," Bush said in a statement posted on his Facebook page. "He never discussed politics and was always a faithful friend. Laura and I will miss our pal."

Barney was 12 and died after a battle with lymphoma.

According to his official biography, he was born Sept. 30, 2000 in New Jersey.

In the statement, Bush said that Barney always enjoyed the outdoors and was a "fierce armadillo hunter."

Barney was also the source of controversy. According to his Wikipedia page, Republican strategist Karl Rove once called him a "lump." According to The Guardian, during a 2008 meeting with Bush, Russian President Vladimir Putin said his black Labrador "could dispatch Barney with little effort." He was "bigger, tougher, stronger, faster, meaner" than Barney.

Bush, we suspect, would have disagreed. He writes:

"Barney guarded the South Lawn entrance of the White House as if he were a Secret Service agent. He wandered the halls of the West Wing looking for treats from his many friends. He starred in Barney Cam and gave the American people Christmas tours of the White House. Barney greeted Queens, Heads of State, and Prime Ministers. He was always polite and never jumped in their laps."