Accessibility links
Lights Out, It Was A Memorable Super Bowl : The Two-Way The game had drama — including a 108-yard kickoff return and a last-minute drive that almost changed the outcome. But the Ravens' 34-31 win over the 49ers will also be remembered as the night the lights went out in the Superdome. Did the outage make it a better Super Bowl?

From 'Morning Edition': NPR's Mike Pesca on the Super Bowl

Listen
Lights Out, It Was A Memorable Super Bowl

Lights Out, It Was A Memorable Super Bowl 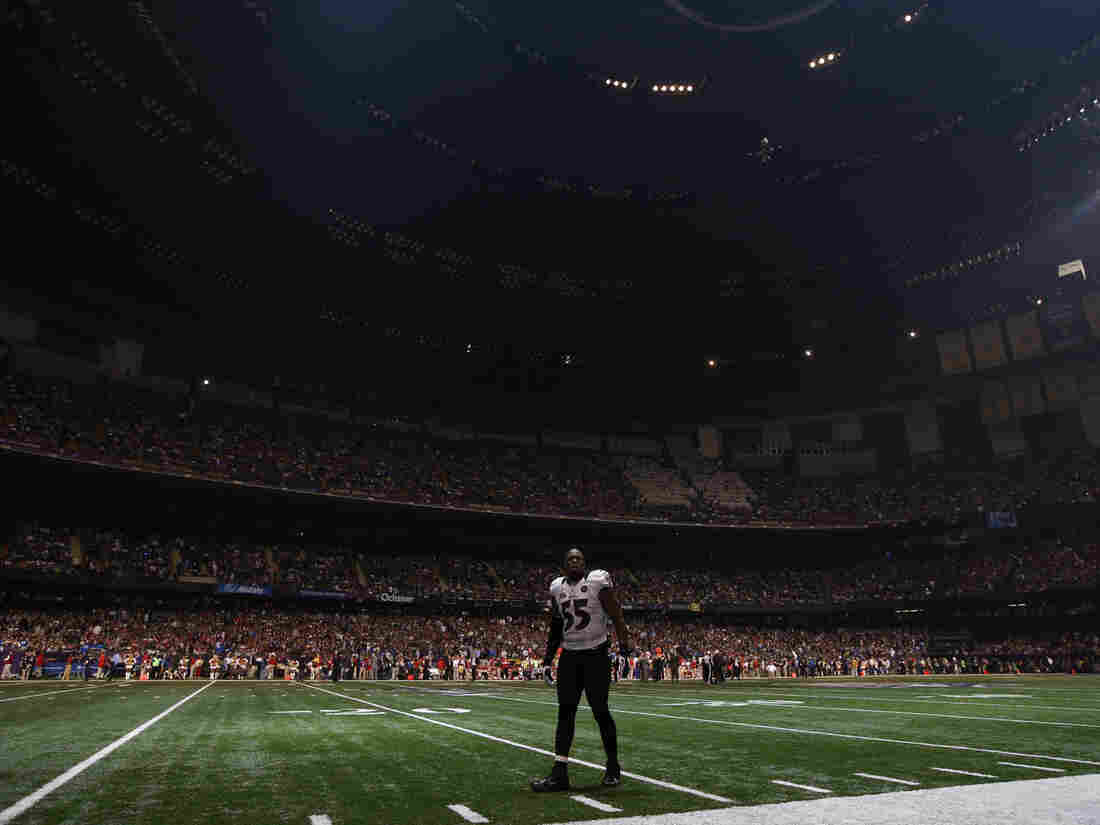 Baltimore Ravens linebacker Terrell Suggs waits on the field after the half the lights went out in the third quarter of Sunday's Super Bowl against the San Francisco 49ers in New Orleans. Mike Segar /Reuters /Landov hide caption 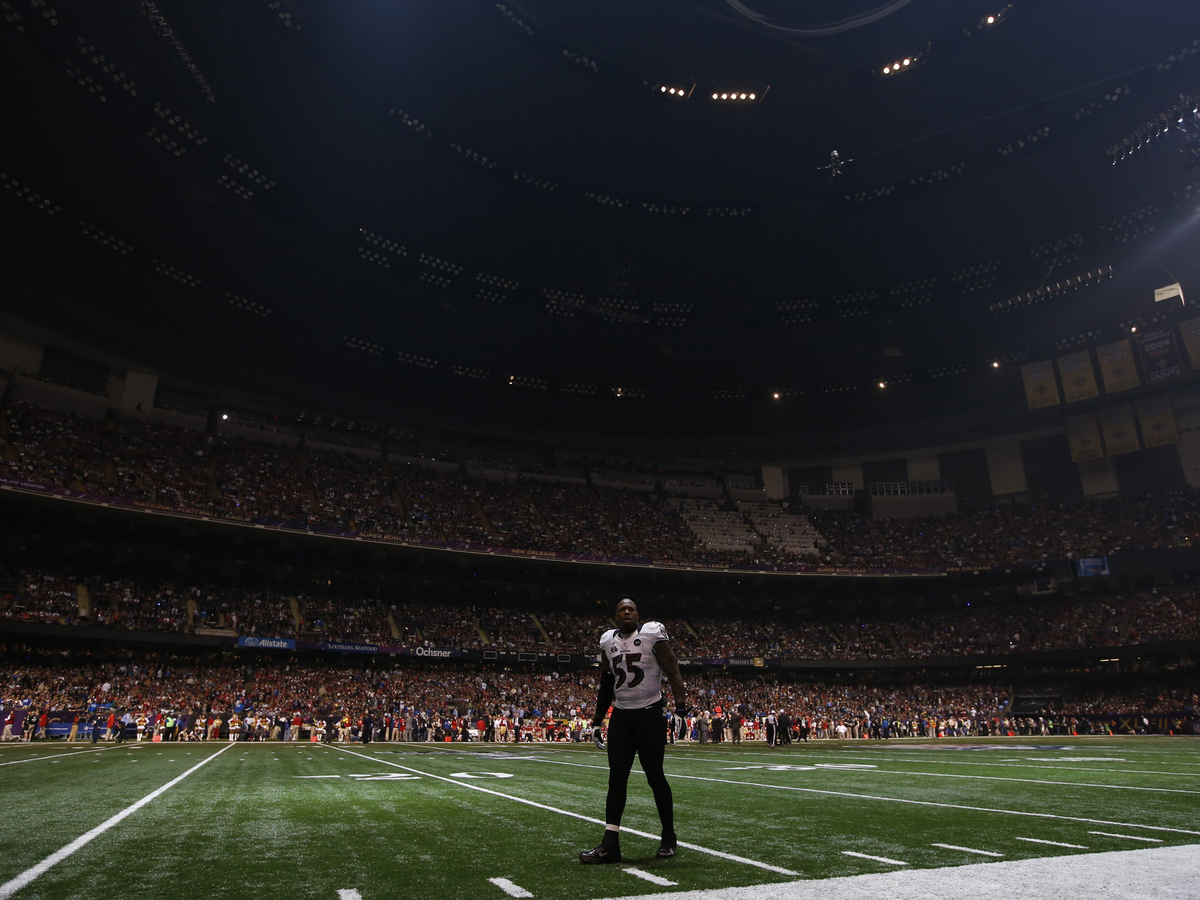 Baltimore Ravens linebacker Terrell Suggs waits on the field after the half the lights went out in the third quarter of Sunday's Super Bowl against the San Francisco 49ers in New Orleans.

There was a 108-yard kickoff return for a touchdown.

A last-minute drive that could have won the game for San Francisco.

And, of course, Beyoncé's halftime show. She sang live (unlike at President Obama's inauguration), and certainly livened things up with her "signature booty-shaking dance."

Super Bowl XLVII in New Orleans, which ended with the Baltimore Ravens holding on for a 34-31 win over the 49ers, certainly had its share of highlights. So too did the TV ads — Anheuser-Busch's "heart-tugging tale of the bond between a trainer and the Budweiser Clydesdale he raised" won USA Today's annual Ad Meter.

But outside of Baltimore, where fans were celebrating well into Monday, what will Sunday's game at the Superdome in New Orleans be most remembered for?

How about the power outage that dimmed the lights and forced play to be suspended for more than 30 minutes at the start of the second half? That hadn't happened before at a Super Bowl.

Early Monday, Entergy Corp. and SMG, the company that manages the Mercedes-Benz Superdome, said in a joint statement that:

"Shortly after the beginning of the second half of the Super Bowl in the Mercedes Benz Superdome, a piece of equipment that is designed to monitor electrical load sensed an abnormality in the system. Once the issue was detected, the sensing equipment operated as designed and opened a breaker, causing power to be partially cut to the Superdome in order to isolate the issue.

"Backup generators kicked in immediately as designed. Entergy and SMG subsequently coordinated start up procedures, ensuring that full power was safely restored to the Superdome.

"The fault-sensing equipment activated where the Superdome equipment intersects with Entergy's feed into the facility."

There is a case to be made that the power outage helped turn what might have been a rout into an exciting contest. The Ravens had just gone ahead 28-6 thanks to Jacoby Jones' 108-yard return for a touchdown. The delay gave the 49ers players a chance to catch their breath and arguably interrupted the Ravens' momentum. San Francisco came close to pulling off a remarkable comeback.

So maybe fans should be thankful for that circuit breaker. Perhaps a Super Switch saved the Super Bowl.

From 'Morning Edition': NPR's Mike Pesca on the Super Bowl

"That Was A Great Blackout Last Night"