Accessibility links
Reports: U.S. Plans To Sue S&P Over Mortgage Bonds Ratings : The Two-Way This would be the first federal enforcement action against the credit rating agency, which some criticize of giving a rosy picture of the mortgage bonds market before its collapse. 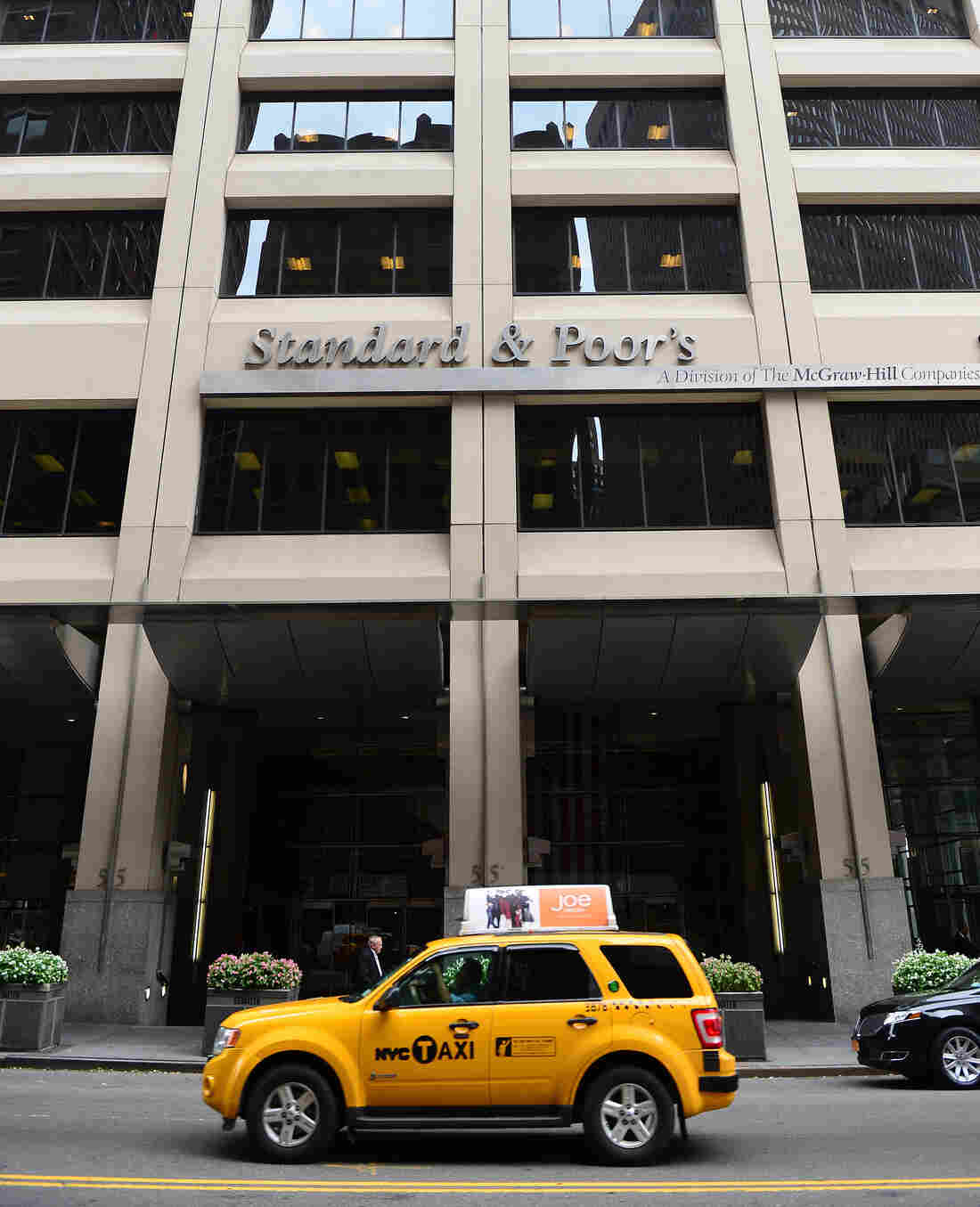 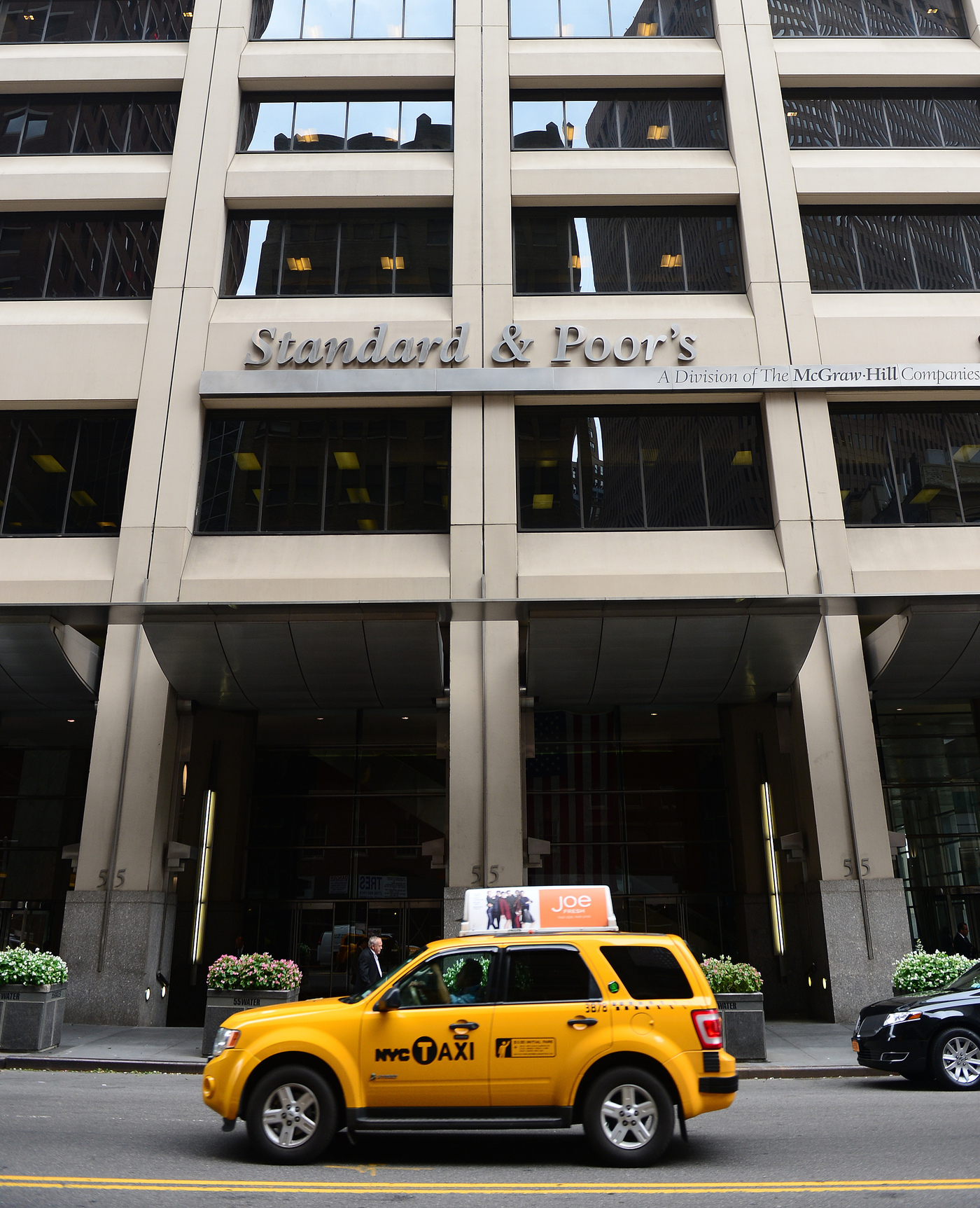 A sign for Standard & Poor's rating agency stands in front of the company headquarters in New York.

The United States and some states are planning to sue Standard & Poor's Ratings Services over what they say were the faulty ratings of mortgage bonds leading up to the 2008 financial collapse.

The Wall Street Journal broke the news citing "people familiar with the matter," and The New York York Times is pinning its reporting on S&P, which tells the newspaper it is expecting a lawsuit.

"The likely move by U.S. officials would be the first federal enforcement action against a credit-rating firm for alleged illegal behavior related to the crisis. Several state attorneys general are expected to join the case, making it one of the highest-profile and widest-ranging enforcement crisis-era crackdowns.

"The expected civil charges against S&P follow the breakdown of long-running settlement talks between the Justice Department and S&P, the people said.

"Many details of the looming enforcement action couldn't be immediately determined, such as why prosecutors are zeroing in on S&P rather than rivals Moody's Corp. and Fitch Ratings, a unit of Fimalac SA and Hearst Corp."

S&P issued a statement saying a lawsuit from Justice, "would be entirely without factual or legal merit."

The New York Times reports that by bringing a civil suit as opposed to criminal suit, "the Justice Department's burden of proof will be less, perhaps lowering the bar for a successful prosecution."