Accessibility links
The Iron Is Out, A Cat Is In As 'Monopoly' Changes Game Pieces : The Two-Way Scottie the dog and the others get a new competitor. Now, which of the eight game pieces would you most like to use? And will you miss the iron and its handy handle?

The Iron Is Out, A Cat Is In As 'Monopoly' Changes Game Pieces

The Iron Is Out, A Cat Is In As 'Monopoly' Changes Game Pieces 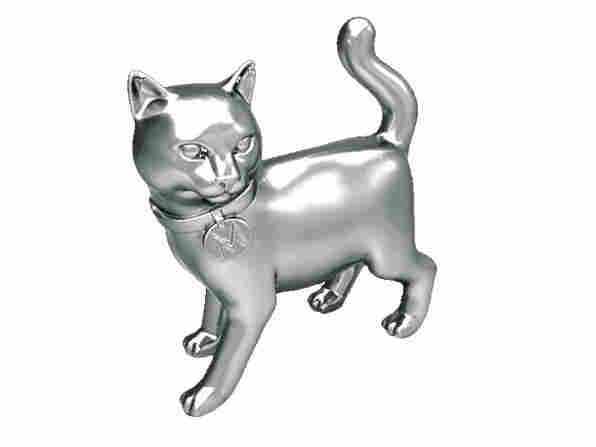 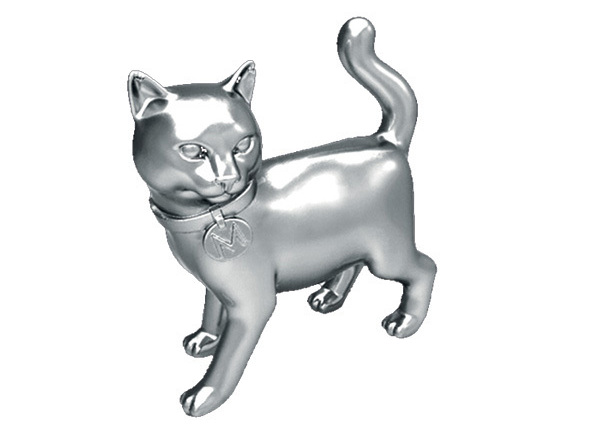 Scottie the dog is not going to like this news:

Monopoly fans have voted to add a cat to the classic game's cast of eight playing pieces. Getting the boot: Well, it wasn't the boot. It's the iron that got flattened.

The results of Hasbro's Facebook vote were revealed on NBC-TV's Today Show.

We suspect iron is a victim of modern times and wrinkle-free technology. And, of course, the all-powerful cat lobby, which can overcome even the worst publicity.

Other game pieces (or tokens, as Hasbro refers to them) have been tossed out of the box in the past. Over the years, according to the company, more than 20 have been part of the standard game at one time or another.

Time for Kids writes that:

"In the early 1950s, the lantern, purse and rocking horse pieces were removed and replaced by Scottie dog, a guy riding a horse and a wheelbarrow. More recently, the cannon and horse tokens were pulled, dropping the piece count from 10 to eight."

Special editions of the game, of course, have had other types of tokens — including a train.

In an "interview" iron tells our friend Linda Holmes over at Monkey See that "you're never prepared for something like this. ... [But] had a bad vibe coming into the meetings today; the hat wouldn't look me in the eye." There also appears to have been bad blood between iron and thimble.

This all makes us wonder: