Accessibility links
Drone Program Under Scrutiny As CIA Nominee Testifies : The Two-Way The Obama administration has relied heavily on its drone program, but prefers not to talk about it. Yet drones and interrogation practices came under scrutiny as CIA nominee John Brennan testified before a Senate committee. 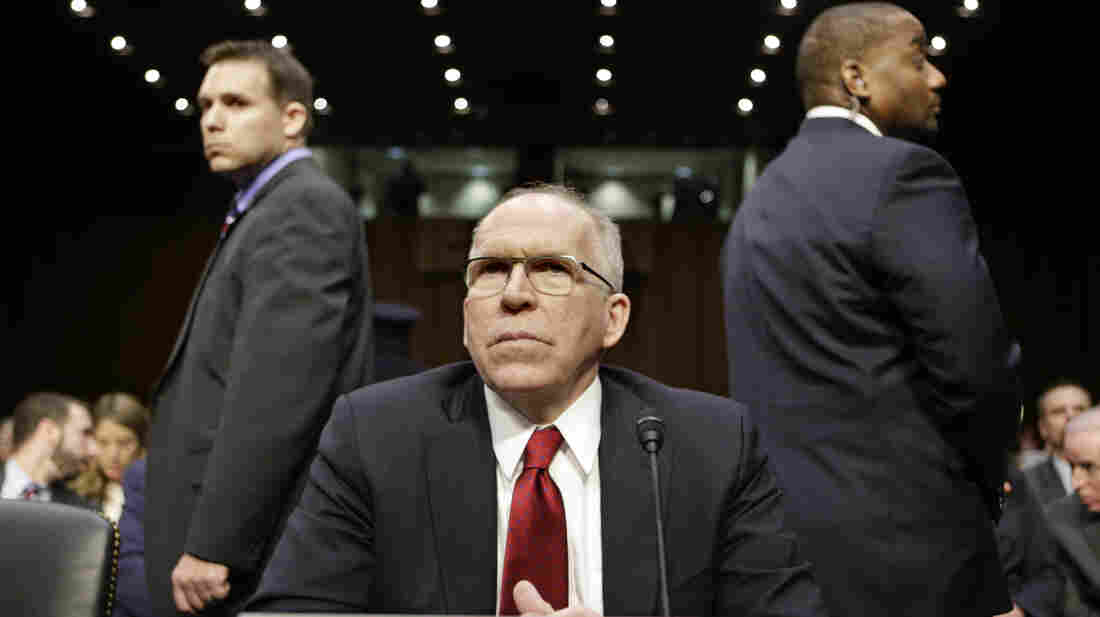 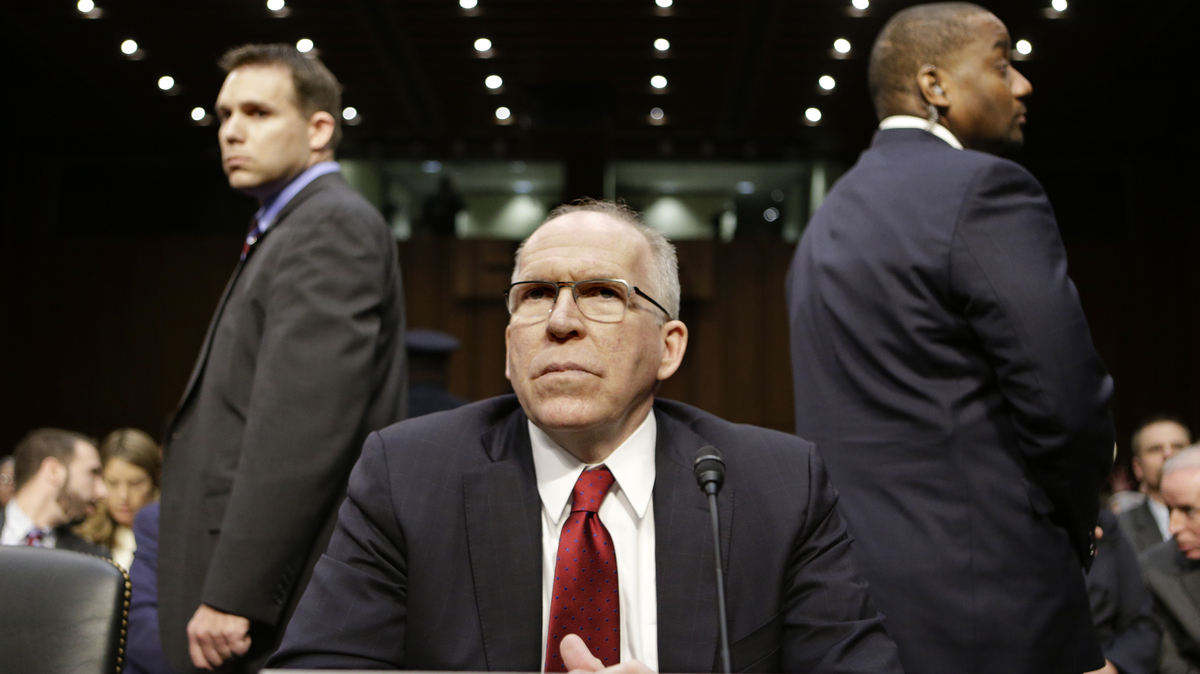 John Brennan, President Obama's nominee to head the CIA, prepares to testify at his confirmation hearing before the Senate Intelligence Committee on Thursday.

As senators questioned John Brennan, the nominee to head the CIA, one of the recurring themes was the broader impact of the lethal drone strikes.

Susan Collins, a Republican from Maine, asked whether the Obama administration was killing terrorists who might otherwise be captured and interrogated.

Brennan insisted that it was always preferable to capture and question terrorists to gather intelligence, and he said lethal strikes were taken as a last resort.

"These actions are actually only taken to save lives and prevent attacks," he said.

Brennan was also asked if the drone attacks in places like Yemen and Pakistan were creating a backlash against the U.S. Civilians in those and other countries have been extremely critical.

However, he argued that al-Qaida was effectively holding many communities "hostage," and that residents welcomed U.S. actions to remove the "al-Qaida cancer."

Since the Sept. 11, 2001, attacks, the CIA and other intelligence agencies have heavily focused on terrorism threats, and the CIA has increasingly been involved in paramilitary actions.

Brennan, who served 25 years in the CIA, characterized this as an aberration from the agency's traditional emphasis on collecting and analyzing data. He said it would be important to assess whether too many CIA resources were being devoted to terrorism threats and not enough to larger strategic questions.

Several members of the Senate Intelligence Committee pressed Brennan on interrogation techniques, and he repeatedly made clear his opposition to waterboarding. He described it as "something that should have been banned long ago, something that should never have taken place in my view."

The Obama administration has made its drone program the signature feature of its counterterrorism efforts. But it's not a subject it likes to talk about.

However, the controversial drone program and one of its chief architects came under the spotlight Thursday as John Brennan went before the Senate Intelligence Committee for his confirmation hearing as director of the CIA.

During the Bush administration, fewer than 50 drone strikes were carried out. There have been more than 360 under Obama, according to the website The Long War Journal.

Brennan, who has been President Obama's adviser on counterterrorism, is expected to win Senate approval. But his role in the lethal drone program has drawn public criticism. As Brennan was reading his opening statement, he was interrupted repeatedly by protesters who shouted their opposition to U.S. drone strikes.

Sen. Dianne Feinstein, the California Democrat who chairs the committee, blamed the group Code Pink for the protests and ordered the hearing room cleared for several minutes.

When questioning began, Brennan was asked about the "enhanced interrogation techniques," including waterboarding, that took place after the Sept. 11, 2001, terrorist attacks.

"I was aware of the program ... but I had no oversight of it," said Brennan, who was at the CIA at the time. "I professed my personal objections to it, but I did not try to stop because it was something being done in a different part of the agency."

We will update with additional testimony.