Accessibility links
Knights Of Malta Celebrates 900th Anniversary At Vatican : The Two-Way Pilgrims and tourists who visit the Vatican Saturday will have a special treat, as the Knights of Malta march in procession to the tomb of St. Peter. The last of the great chivalrous orders is celebrating the 900th anniversary of its official recognition by Pope Paschal II. 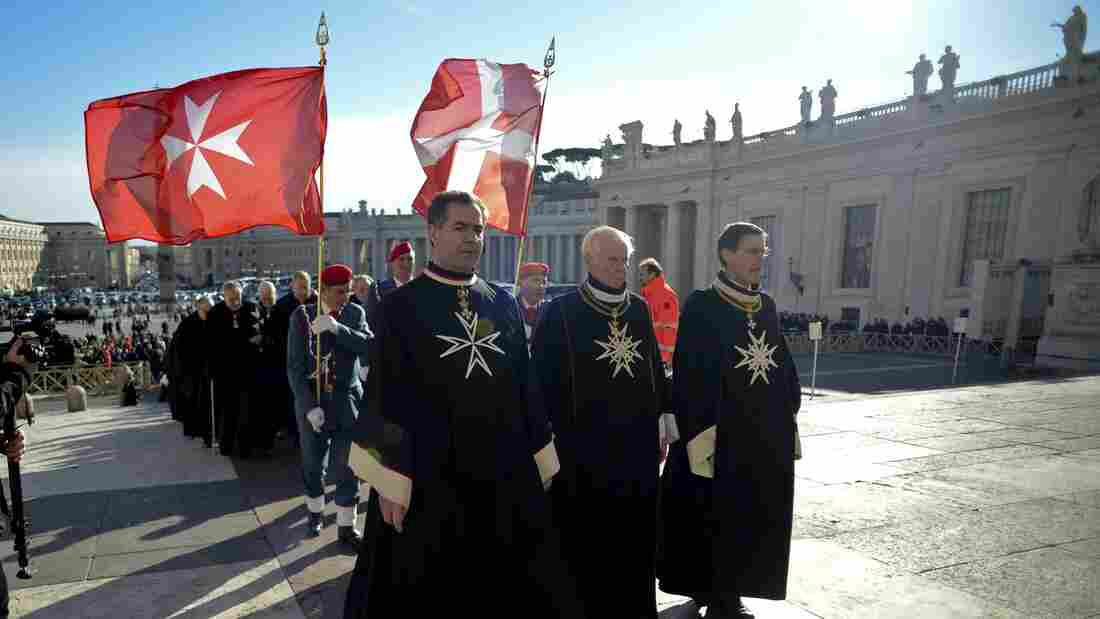 Knights of the Order of Malta walk in procession toward St. Peter's Basilica to mark the 900th anniversary of the Order of the Knights of Malta, on Saturday at the Vatican. Andreas Solaro/AFP/Getty Images hide caption 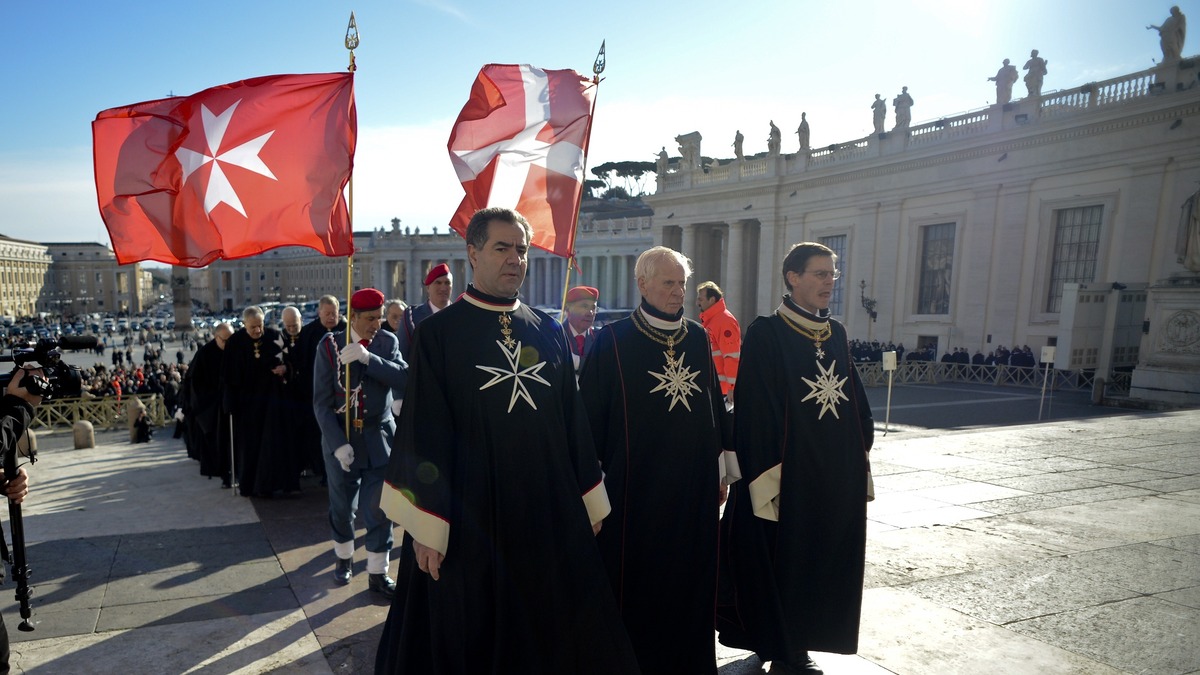 Pilgrims and tourists visiting the Vatican received a special treat Saturday, when some 4,000 members of the Knights of Malta marched in procession to the tomb of St. Peter.

The last of the great chivalrous orders is celebrating the 900th anniversary of its official recognition by Pope Paschal II. On Saturday, the Knights attended Mass in St. Peter's Basilica and received an audience with Pope Benedict XVI.

The Knights of Malta is also known as the Sovereign Military Order of St. John of Jerusalem, of Rhodes and of Malta.

The order's mission is humility and charity; its 13,500 members — Knights and Dames — trace their origins to warrior friars.

The order started in the 11th century, with the creation of an infirmary in Jerusalem that cared for people making pilgrimages to the Holy Land during the Crusades.

Like the Knights Templars, the Knights of Malta used religious intensity and military force to defend Christendom from the advance of Islam.

When Jerusalem was conquered by Muslims, the order made its base first on Cyprus, then Rhodes, and then Malta. It finally made its home in Rome after Napoleon expelled the order from Malta in 1798.

The order is sovereign. It prints its own stamps, coins, license plates and passports, but it has no territory. Today, it has become an international humanitarian organization with nearly 100,000 doctors, nurses and volunteers worldwide.

Based in Rome, the order is now focusing on its home continent, opening shelters and soup kitchens in Europe, where the number of jobless and homeless is growing in the worst recession since World War II.

Syria is also a priority for the order, which has stepped up relief assistance to help victims of that conflict. The Knights of Malta operates in Damascus, Aleppo, Hama, and Homs, and assists Syrian refugees in Lebanon and Turkey.