Accessibility links
Medal Of Honor Recipient Thinks About Men 'He Was Not Able To Save' : The Two-Way During a firefight in Afghanistan, then-Staff Sgt. Clinton Romesha repeatedly put himself in harm's way. At one point, he played peek-a-boo with a sniper. But afterward, he spoke about the soldiers he wasn't able to save. Today at the White House, he got the highest award for valor in action.

A story of heroism and bravery will be told at the White House Monday afternoon when President Obama awards the Medal of Honor to former Army Staff Sgt. Clinton Romesha of Minot, N.D. 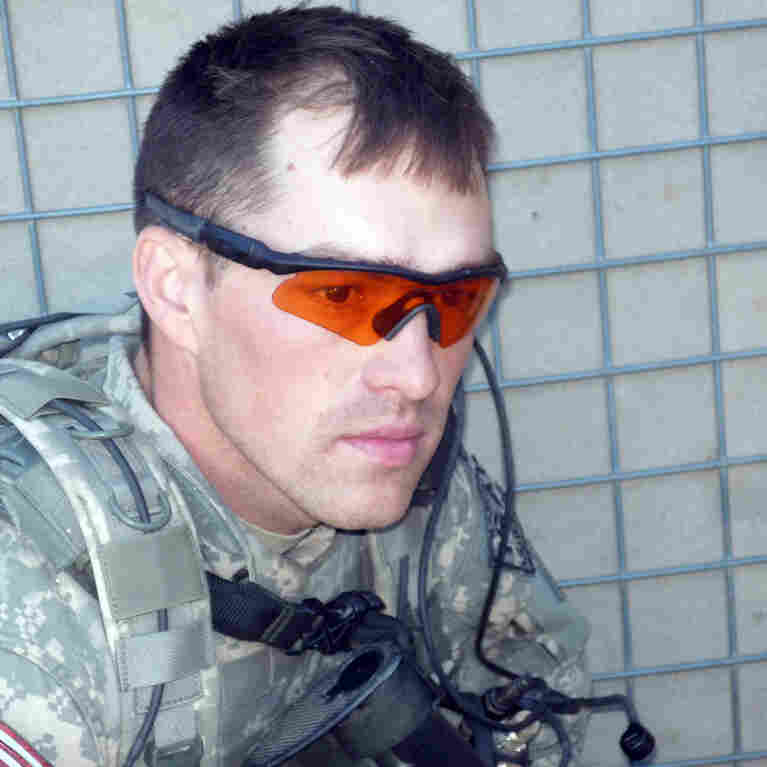 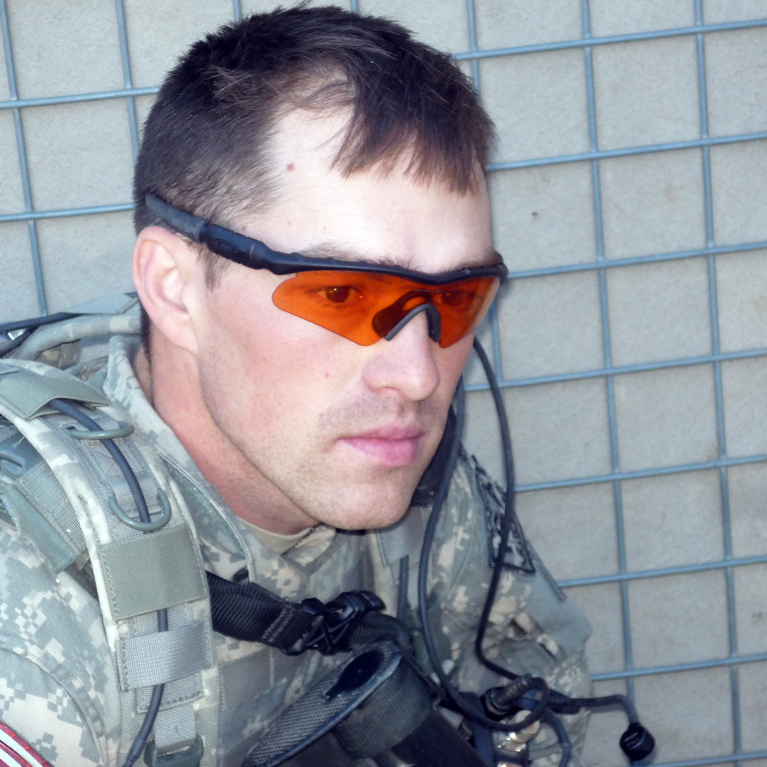 Former Army Staff Sgt. Clinton Romesha when he was on duty in Afghanistan.

On Morning Edition, CNN's Jake Tapper described the actions Romesha took in October 2009 against enemy fighters who were attacking an Army outpost in Afghanistan. Romesha repeatedly put himself in harm's way — at one point playing peek-a-boo with a sniper to figure out where the enemy was. He led an assault to take back several buildings. He got ammunition to his men. And he shot and killed three enemy fighters who had gotten "inside the wire."

Tapper, whose book The Outpost includes an account of that firefight at Combat Outpost Keating, told NPR's Steve Inskeep that Romesha "stands out" among the brave me he's interviewed over the years.

But what also strikes Tapper is how Romesha is "a man haunted by what he could not do that day. ... He just thinks about the men he was not able to save" that day. Eight American soldiers were killed in the battle.

CNN has posted a story from Tapper, including video from his interview of Romesha.

The White House ceremony is scheduled to start at 1:45 p.m. ET. It will be webcast here.

President Obama said at the ceremony that when he called Romesha to tell him of the honor, the 31-year-old former soldier replied "it wasn't just me out there, it was a team effort." Of the firefight that pitted about 50 Americans against more than 300 attackers, Obama said that Romesha said afterward "we weren't going to be beat that day. ... You're not going to back down in the face of adversity like that. We were just going to win, plain and simple."