Accessibility links
Hadiya Pendleton : The Two-Way The suspects, police say, "had it all wrong." They thought they were firing at rival gang members. Instead, they were shooting at teens who weren't associated with gangs. Hadiya Pendleton's death has gotten national attention. It happened a mile from President Obama's Chicago home. 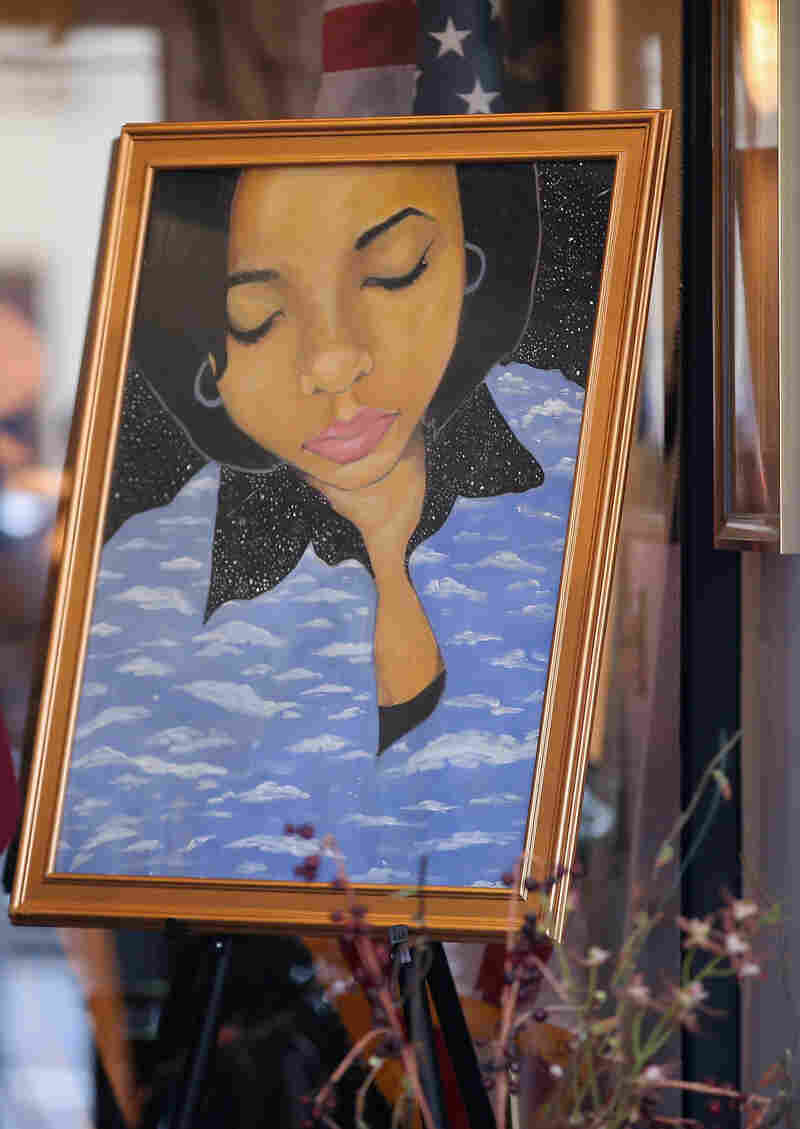 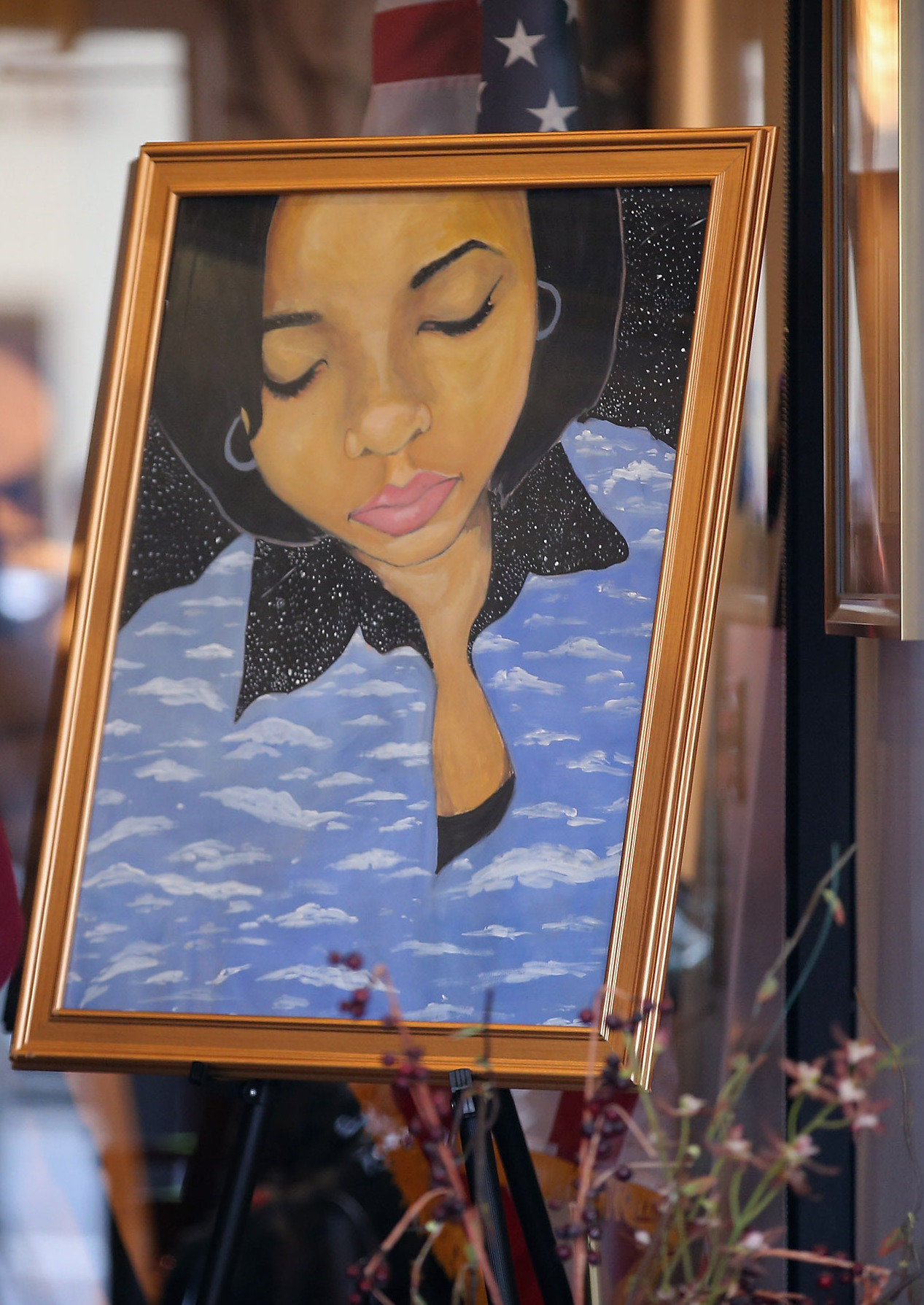 At a Chicago funeral home last week, a painting of 15-year-old shooting victim Hadiya Pendleton stood at the entrance.

Chicago police say "two reputed gang members were out for revenge from a previous shooting when they opened fire on a group of students in a South Side park last month, killing 15-year-old Hadiya Pendleton," the Chicago Tribune writes this morning.

Hadiya's Jan. 29 death, as we've reported, has focused national attention on gun violence in Chicago because it happened only about a mile from President Obama's home there and because the 15-year-old had only a week before gone with her school's marching band to Washington, D.C. There, the band was part of a music festival in suburban Maryland that was held over the same weekend as Obama's second inauguration.

According to NPR's Cheryl Corley, the two young men who are now under arrest are "both suspected gang members and face charges of first degree murder, 2 counts of attempted murder and aggravated battery with a firearm."

The Tribune writes that 18-year-old Michael Ward "confessed to police that he and [20-year-old Kenneth] Williams mistook a Pendleton companion for rivals who had shot and wounded Williams last July, police Superintendent Garry McCarthy said at a news conference Monday night."

"The offenders had it all wrong," McCarthy told reporters, the Tribune adds. "They thought the group they shot into included members of a rival gang. Instead it was a group of upstanding, determined kids who, like Hadiya, were repulsed by the gang lifestyle."