Accessibility links
Coast Guard Begins Probe Into Tall Ship's Fatal Sinking : The Two-Way The inquiry is aimed at finding out what went wrong and why the captain of the HMS Bounty chose to go to sea despite warnings about Hurricane Sandy. 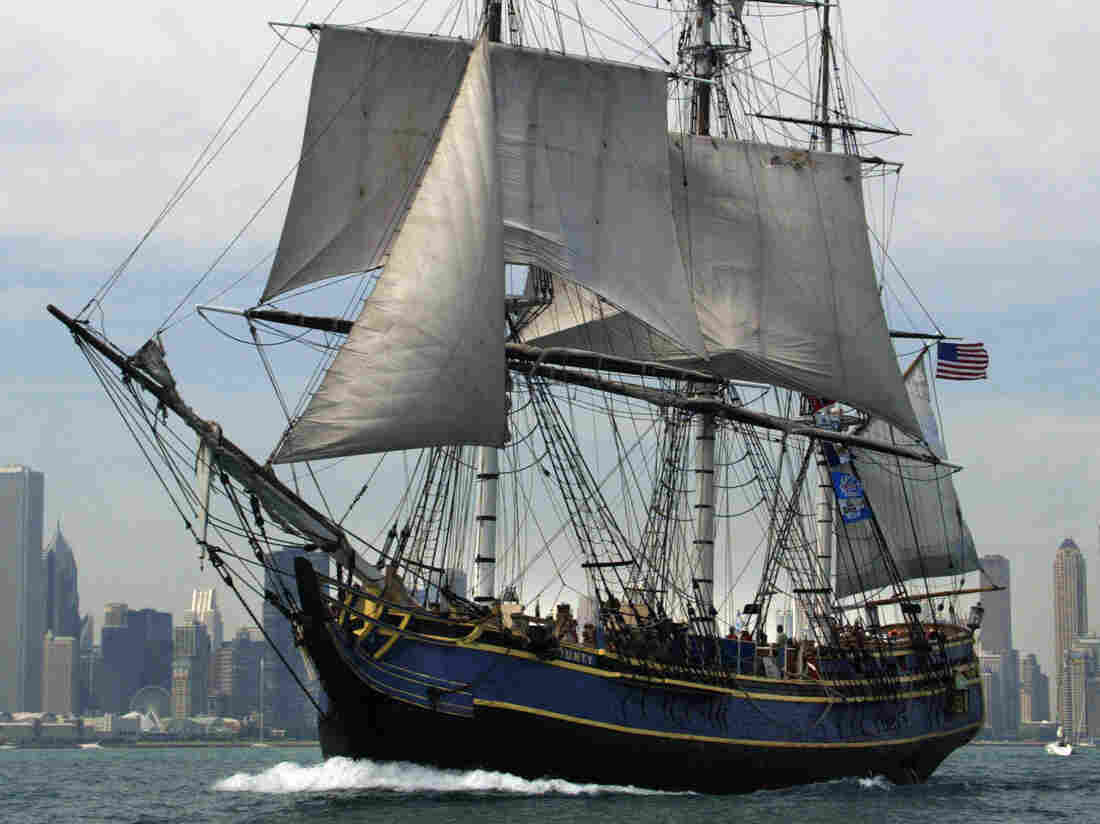 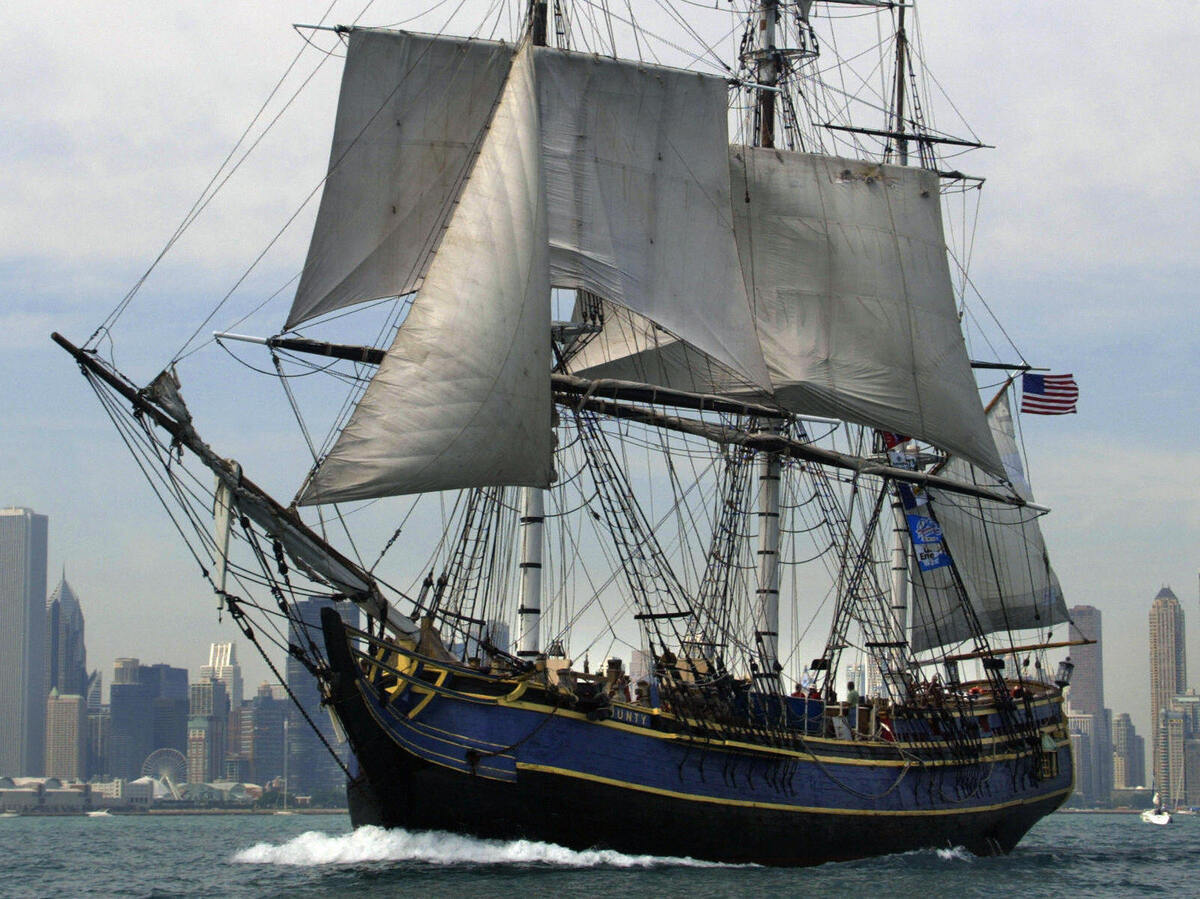 The HMS Bounty replica sails past the Chicago skyline in July 2003.

A U.S. Coast Guard hearing opens Tuesday to investigate the October sinking of the replica ship HMS Bounty off Cape Hatteras and the deaths of her captain and a crew member as the vessel fought unsuccessfully to outmaneuver Hurricane Sandy.

At issue in the hearings are the actions of the ship's captain, Robin Walbridge, who chose to head out to sea despite the approach of Sandy, one of the largest storms in decades to hit the U.S. East Coast.

The reproduction HMS Bounty was built for the 1962 filming of Mutiny on the Bounty, the story of the seizure in 1789 of the British ship from Captain William Bligh in the South Pacific.

The Bounty was taking on water when it went down in 30-foot waves and hurricane-force winds about 90 miles off Cape Hatteras on October 29. Fourteen people were saved in a dramatic Coast Guard rescue. The body of crew member Claudene Christian, 42, was picked up later; Walbridge, 63, was never found and is presumed to have drowned.

Gurnal Scott of member station WUNC reports that Tuesday "will begin eight days of hearing testimony to find out why the ship sank. Testimony will come from surviving crew members and those at the port where the Bounty departed from as well as Coast Guard rescuers."

In a just-published article, Outside magazine reports that there are questions about the thoroughness of the ship's refits, including one that was completed just days before the sinking.

Scott reports that the goal of the Portsmouth, Va., investigation is "not to assign blame but to get to the heart of the deadly incident," although if wrongdoing is established, the findings could be handed over to federal prosecutors.

While the Coast Guard panel may not be in a hurry to assign blame, at least two tall ship captains have expressed disbelief over Walbridge's decision to challenge the storm even though weather information and warnings about Sandy's size and strength were available before the ship departed New London, Conn., en route for St. Petersburg, Fla.

A day after the sinking, Dan Moreland, captain of the tall ship Picton Castle, expressed shock that Walbridge had decided to go to sea, calling the situation "black and white" with "no nuances."

In an open letter posted on Facebook a few weeks after the incident, another captain, Jan Cameron Miles of Pride of Baltimore II, a replica of a 19th-century schooner, described Walbridge's actions as reckless.

"I would not have continued to proceed as you did," he wrote. "Frankly, I do not know anyone with a lot of experience in large vessels ... [who] would have considered heading toward a hurricane like you did with Sandy."

The Associated Press reports that the Bounty's chief mate, John Svendsen, told the hearing Tuesday that he urged Walbridge to abandon ship twice before the order was given. He said the captain also delayed placing a distress call to the Coast Guard.