Accessibility links
Obama To Hold Virtual 'Fireside Hangout' At White House : The Two-Way The latest online live chat will be hosted by Google and is expected to focus on issues raised in the State of the Union speech. 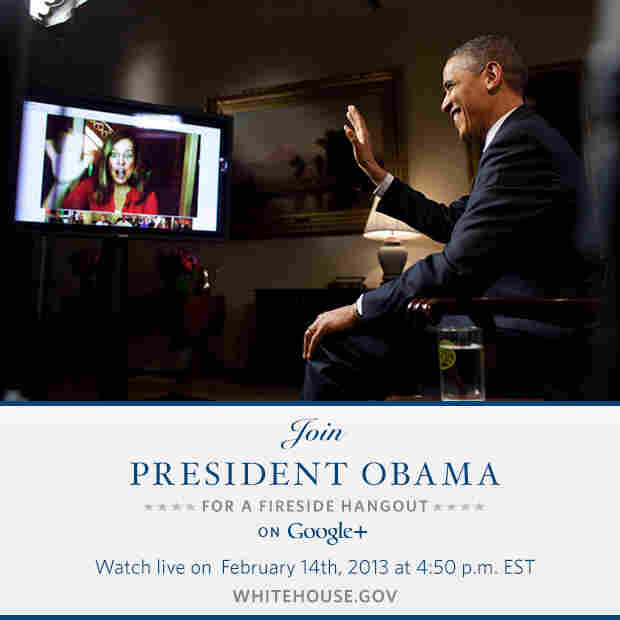 President Obama video chats with a questioner in 2012. The White House hide caption

The White House has set up its latest online Fireside Hangout to focus on issues President Obama raised in his State of the Union Address this week. The live event is hosted by Google. The White House says he'll focus on jobs and other topics, such as early childhood education.

The idea is based on Franklin Roosevelt's fireside chats, except these are interactive conversations; still, in a nod to his predecessor, Mr. Obama will sit in the White House Roosevelt Room to chat. The Administration is soliciting questions ahead of time, either written or in video form.

The first virtual White House Hangout came after Obama's 2012 State of the Union speech, and more than 227,000 people participated. You can find the archived event here.