Accessibility links
'Reader's Digest' Parent Company Files For Bankruptcy Protection : The Two-Way The venerable magazine's parent company has filed for bankruptcy protection for the second time in less than four years. RDA Holding says it plans to emerge from Chapter 11 in less than six months. The magazine will continue to be published during the period. 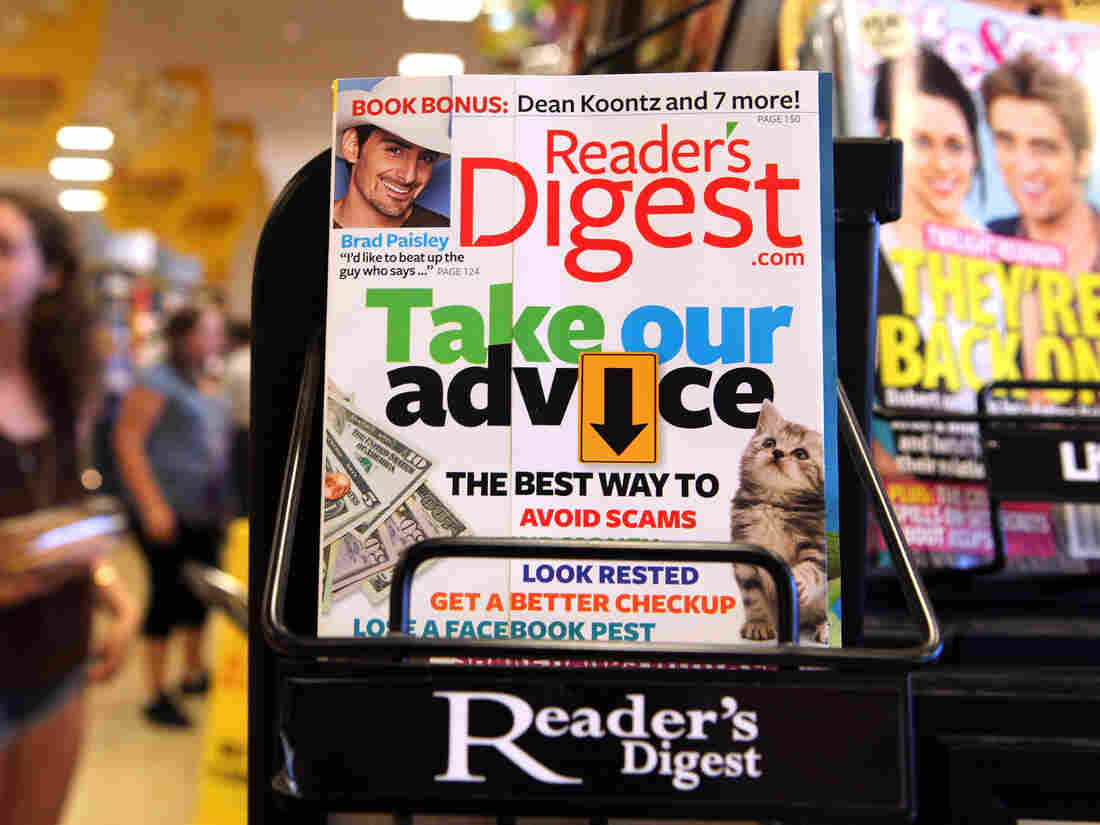 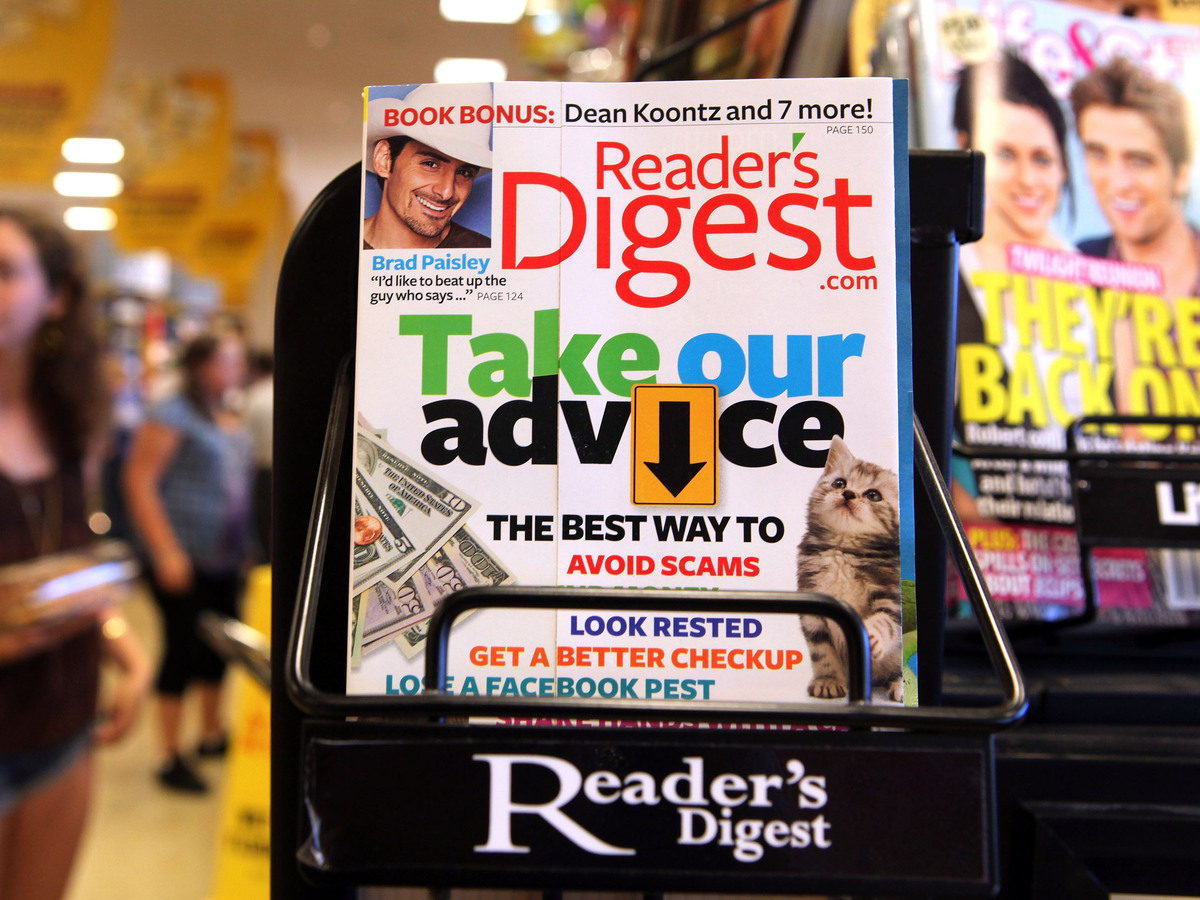 Reader's Digest, the venerable magazine that has battled declining readership, may be in trouble: Its parent company has filed for bankruptcy protection for the second time in less than four years.

RDA Holding Co. said Sunday that it plans to emerge from Chapter 11 in less than six months, adding that the restructuring will allow its debt to be cut by about 80 percent, to $100 million in that time. The magazine will continue to be published during the period.

The company said a group of secured noteholders were giving the company $45 million to support its operations during the process as part of a $105 million loan to pay off its existing bank debt.

"I think it probably is the end for Reader's Digest," David Sumner, a professor of journalism at Ball State University, tells our Newscast unit. "It's facing problems from two or three different levels — from declining readership, advertising, more so than the vast majority of American magazines."

"It has one of the least attractive audiences for advertisers," he says.

The company has taken several steps amid declining revenue. Here's more from The Associated Press:

"As revenue declines, Reader's Digest has been selling off some of its assets. Its food website Allrecipes.com went for $175 million last year, and it sold its Every Day with Rachael Ray cooking magazine in late 2011. Meredith Corp., publisher of the Better Homes and Gardens magazine, bought both.

The company last filed Chapter 11 protection in 2009, and emerged from bankruptcy in early 2010.

Reader's Digest is still one of the world's most widely read magazines.