Accessibility links
Gen. John Allen, Recent Top Commander In Afghanistan, Is Retiring : The Two-Way He had been on track to be the top NATO commander in Europe. But the White House says Allen needs to "address health issues within his family." Allen was recently cleared of wrongdoing related to email messages he exchanged with a Florida woman. 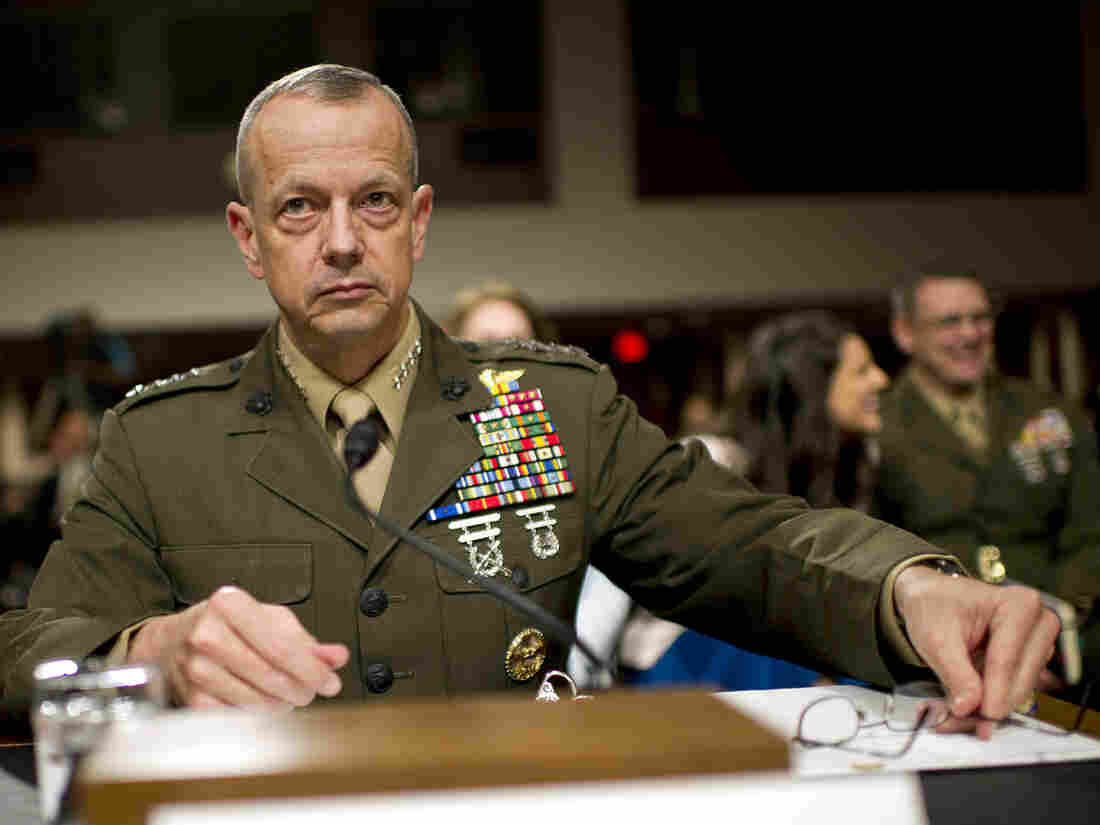 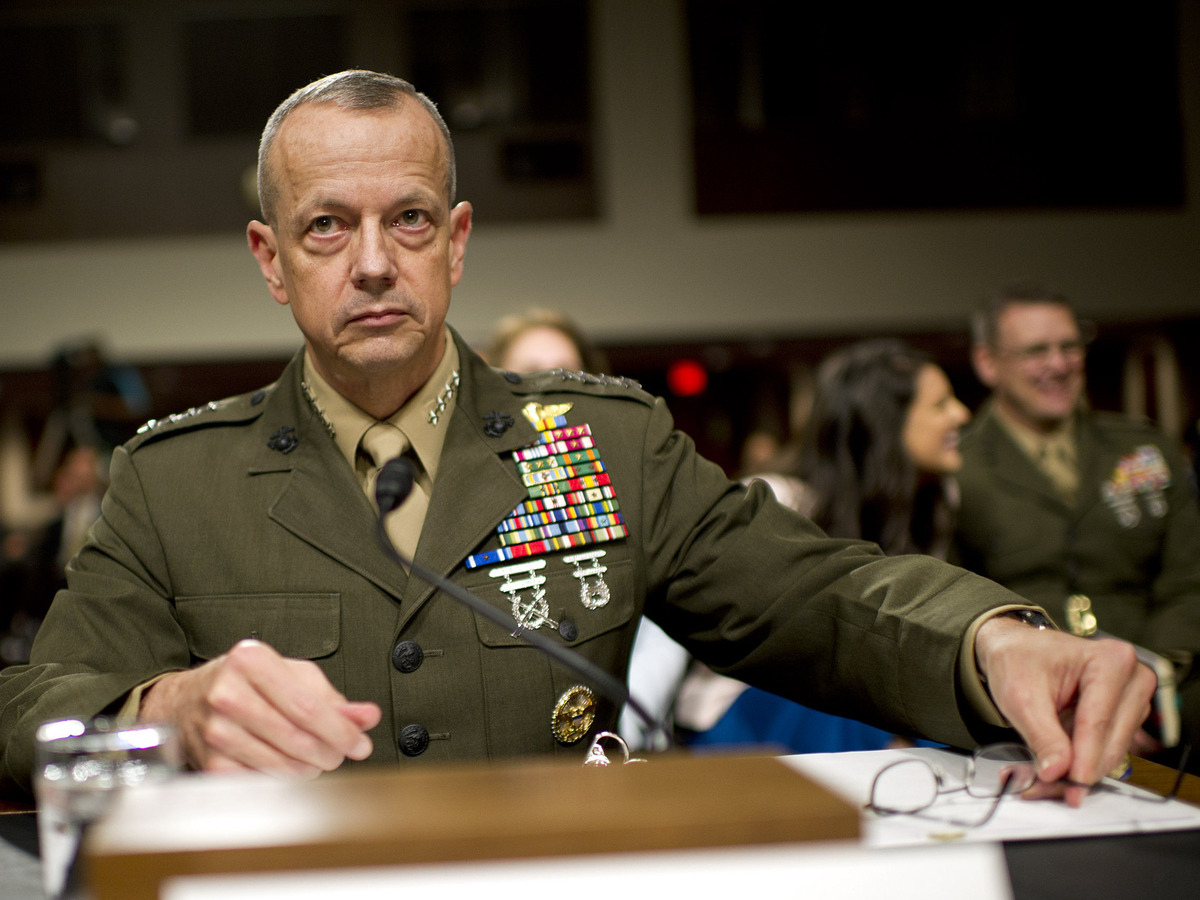 Marine Corps Gen. John Allen, who led U.S. and NATO forces in Afghanistan until earlier this month and had been on track to be the top NATO commander in Europe, is retiring from the military.

The White House early Tuesday afternoon released a statement from President Obama that says, in part:

"Today, I met with Gen. John Allen and accepted his request to retire from the military so that he can address health issues within his family. I told Gen. Allen that he has my deep, personal appreciation for his extraordinary service over the last 19 months in Afghanistan, as well as his decades of service in the United States Marine Corps. ...

"John Allen is one of America's finest military leaders, a true patriot, and a man I have come to respect greatly. I wish him and his family the very best as they begin this new chapter, and we will carry forward the extraordinary work that Gen. Allen led in Afghanistan."

The 59-year-old Allen, as we've reported, got indirectly ensnared in the scandal that brought down another general — then-CIA Director David Petraeus — last November.

It became known that Allen had been in contact with Jill Kelley, the Florida socialite who turned to the FBI when she began receiving what she felt where threatening emails. Those emails turned out to be from Paula Broadwell, a biographer with whom Petraeus was having an extramarital affair. Shortly after the Petraeus scandal was revealed, it was reported that Allen had exchanged hundreds of emails with Kelley in recent years. As investigators looked at those messages, Allen's promotion to the NATO position was put on hold. Then, last month, he was cleared of any wrongdoing.

We'll update with more as this story develops.

This statement from Allen was just sent to reporters:

"After 38 years in uniform, I have asked the president to accept my request to retire from active service, and he has graciously granted it.

"The unwavering and fortifying support I received from my chain of command throughout my 19 months in command of ISAF made this inherently difficult decision easier.

"The reasons for my decision are personal. I did not come to it lightly or quickly, but given the considerations behind it, I recognized in the end it was the only choice I could make. While I won't go into the details, my primary concern is for the health of my wife, who has sacrificed so much for so long.

"For more than 35 years, my beloved Kathy has devotedly stood beside me and enabled me to serve my country. It is profoundly sobering to consider how much of that time I have spent away from her and our two precious daughters. It is now my turn to stand beside them, to be there for them when they need me most.

"Having relinquished command of NATO and U.S. forces in Afghanistan — the greatest honor of my life — and returned home to my beloved Virginia, it is now time to take care of my family."

Allen told The Washington Post Monday evening, the newspaper writes, that "he wants to focus on helping his wife, Kathy, cope with a combination of chronic health issues that include an autoimmune disorder. 'Right now, I've just got to get her well,' Allen said. 'It's time to take care of my family.' "

"Allen, who relinquished command of the war nine days ago, said his decision was not influenced by a Pentagon investigation into e-mail messages he exchanged with Tampa socialite Jill Kelley. ... Although senior Defense Department officials had described the content of some of missives as racy and flirtatious, the Pentagon's inspector general determined that Allen had not violated military prohibitions against conduct unbecoming an officer."