Accessibility links
Booker-Winning Author's Remarks About Kate Middleton Play Out In U.K. Media : The Two-Way In a speech earlier this month, author Hilary Mantel said the Duchess of Cambridge "appeared to have been designed by committee and built by craftsmen." Britain's tabloids were outraged, and even the prime minister weighed in. 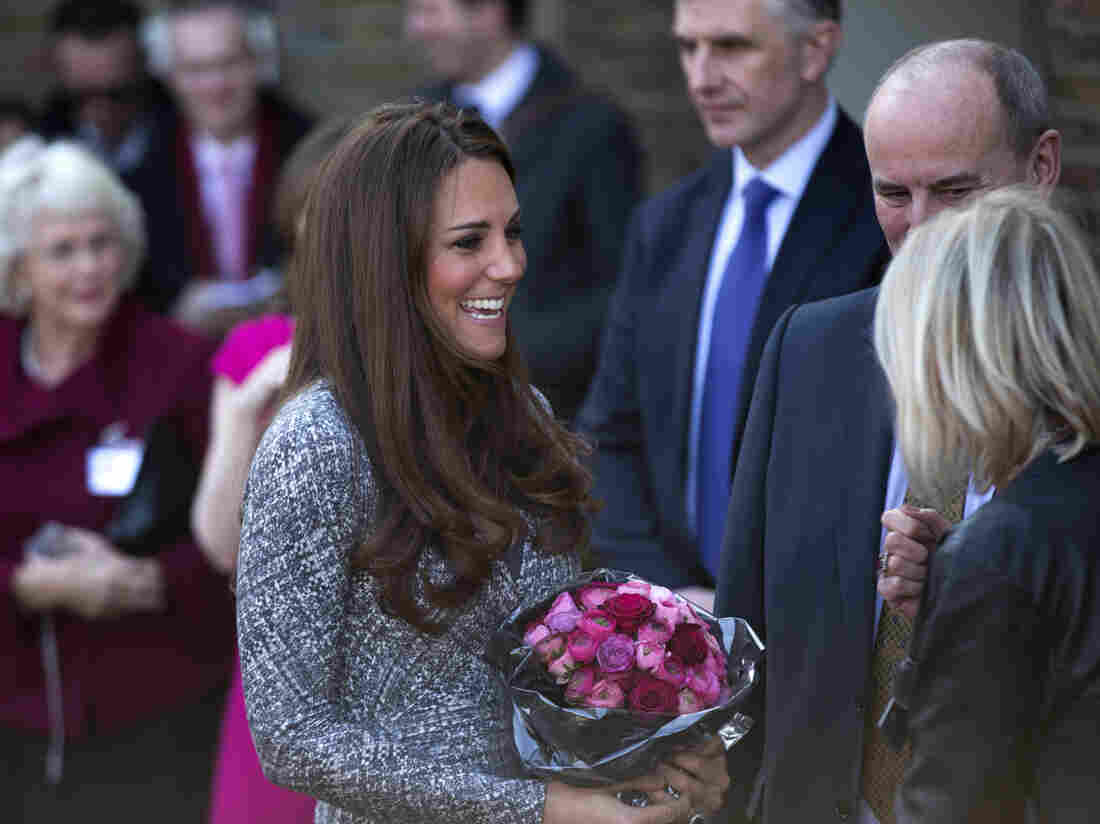 The Duchess of Cambridge receives a bouquet of flowers, as she leaves after a visit to Hope House in London on Tuesday. The former Kate Middleton appeared unaffected by the controversy surrounding remarks made by author Hilary Mantel. Matt Dunham/AP hide caption 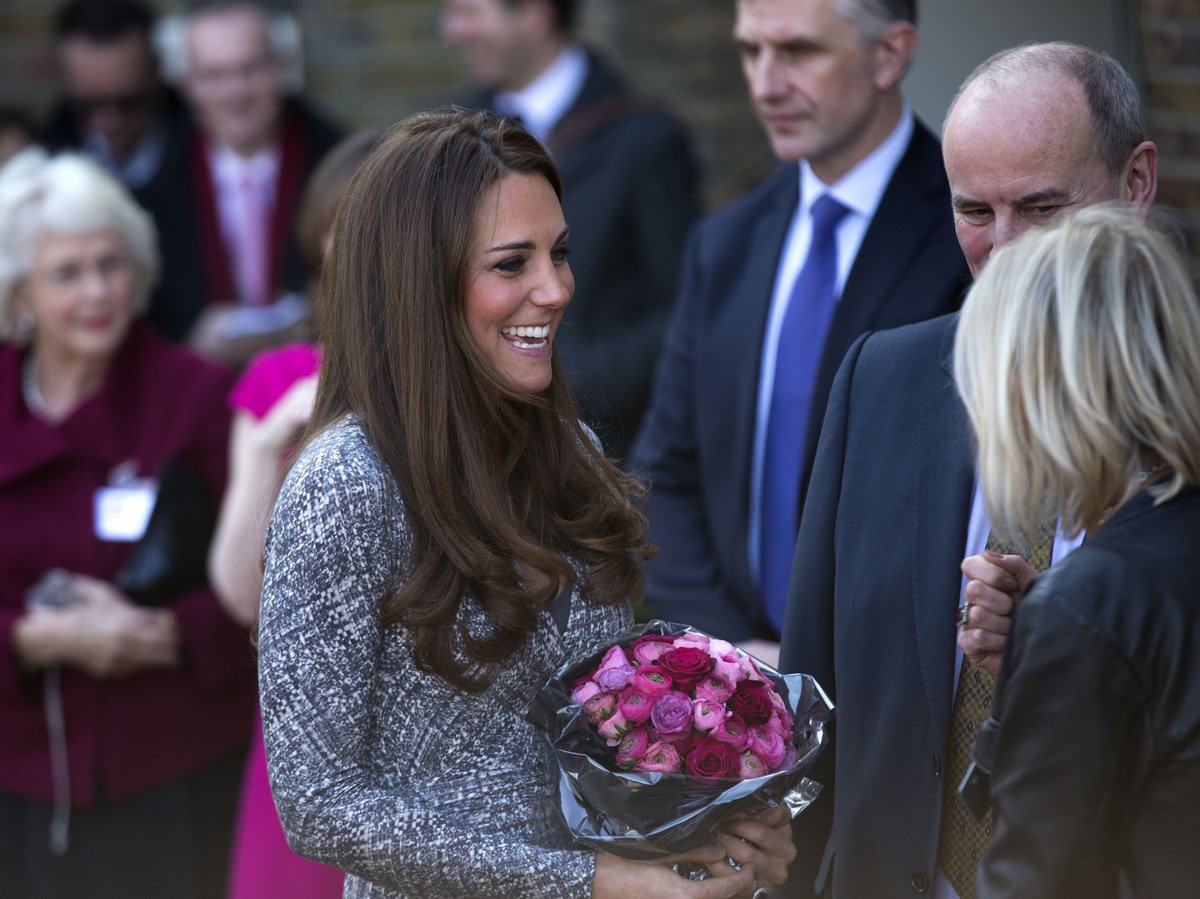 The Duchess of Cambridge receives a bouquet of flowers, as she leaves after a visit to Hope House in London on Tuesday. The former Kate Middleton appeared unaffected by the controversy surrounding remarks made by author Hilary Mantel.

Booker Prize-winning author Hilary Mantel is facing criticism over remarks about the former Kate Middleton in a recent speech.

First, some background to the controversy: In a speech at the British Museum earlier this month that was reproduced this week in the London Review of Books, Mantel recalled a festival at which she was asked to name a famous person and choose a book to give them. Here's what she said:

"I hate the leaden repetitiveness of these little quizzes: who would be the guests at your ideal dinner party, what book has changed your life, which fictional character do you most resemble? I had to come up with an answer, however, so I chose Kate, the Duchess of Cambridge, and I chose to give her a book published in 2006, by the cultural historian Caroline Weber; it's called Queen of Fashion: What Marie Antoinette Wore to the Revolution. It's not that I think we're heading for a revolution. It's rather that I saw Kate becoming a jointed doll on which certain rags are hung. In those days she was a shop-window mannequin, with no personality of her own, entirely defined by what she wore. These days she is a mother-to-be, and draped in another set of threadbare attributions. Once she gets over being sick, the press will find that she is radiant. They will find that this young woman's life until now was nothing, her only point and purpose being to give birth."

She went on to say that the present Duchess of Cambridge "appeared to have been designed by committee and built by craftsmen, with a perfect plastic smile and the spindles of her limbs hand-turned and gloss-varnished."

The reaction in Britain's tabloids, predictably, was trenchant. The Sun called Mantel's comments "a bizarre rant." The Daily Mail labeled it an "astonishing and venomous critique." Even Prime Minister David Cameron weighed in, saying in an interview with the BBC from the Indian capital, New Delhi, that Mantel was "completely misguided and completely wrong."

Mantel is the author of the historical novels Bring up the Bodies and Wolf Hall, both Booker winners and part of a planned trilogy about Thomas Cromwell, an adviser to King Henry VIII. Her remarks about the former Middleton were part of a larger critique on the public's obsession with the monarchy. Here's more from her talk:

"We have arrived at the crux of the matter: a royal lady is a royal vagina. Along with the reverence and awe accorded to royal persons goes the conviction that the body of the monarch is public property. We are ready at any moment to rip away the veil of respect, and treat royal persons in an inhuman way, making them not more than us but less than us, not really human at all."

Amid the backlash against Mantel, there were supporters, too: The Guardian weighed in; as did the writer Beatrix Campbell. A spokesman for Mantel said she won't comment on the furor, but urged people to read the entire speech.

The Duchess of Cambridge, meanwhile, appeared unaffected by the controversy. In her first public engagement this year, she visited an addiction-recovery center in London. Britain's Telegraph newspaper noted that "she looked tanned" as she showed off her baby bump in an "unseasonally summery Max Mara dress."